It seems like there are a lot more cyclists out than usual right now. I’m noticing that almost none of them stop for pedestrians waiting at crosswalks. In Stanley Park, the roads are closed to cars and are being used by cyclists. On the weekend, my kids and I went to the park. We had to wait over a minute at a crosswalk to get to the public washrooms because cyclists just wouldn’t stop. Normally, cars stop. Are cyclists supposed to be stopping for us, too? – Nadia, Vancouver

Whether you’re on a Schwinn or in a Chevy, you’re supposed to stop at a crosswalk.

That’s because cyclists have to follow the same rules as drivers – if they don’t, they face the same fines.

“If a pedestrian is waiting to cross at a marked crosswalk, the cyclist should be allowing the pedestrian to proceed,” said Sgt. Aaron Roed of Vancouver in an e-mail. “I do not have the exact numbers on tickets issued for this offence and do believe it to be relatively low.”

If you’re charged with failing to yield to a pedestrian in a crosswalk in British Columbia, you’ll face a $167 fine, whether you’re on a bike or in a car.

The only difference for cyclists? If you’re breaking a law on a bike, you won’t get the three demerits that come with the offence.

Cycling tickets also don’t show up on your driving record, so they shouldn’t affect what you pay for car insurance.

While rules vary by province, they apply to cyclists everywhere, police say.

So not stopping for a pedestrian could net you a $776 fine in Alberta, for instance.

In most provinces, that also means you have to stop for a pedestrian who’s waiting to cross at a corner.

Some cyclists, especially those who don’t ride often, just may not know the rules.

But, generally, cyclists have to follow all the rules of the road as cars, including stopping at red lights and stop signs.

There have been calls from cycling-advocacy groups to allow cyclists to treat stop signs like a yield, which has been legal in Idaho since 1982.

Sometimes called an Idaho stop, the policy lets cyclists just slow down at a stop sign, without stopping completely, as long as it’s safe to go.

So far, no Canadian provinces or cities have allowed it.

Whether you cycle all the time or just bought a bike for something to do during the COVID-19 pandemic, there are other rules you may not know.

For instance, it’s not legal to ride on the sidewalk in most Canadian cities, including Toronto and Vancouver, although some cities have exceptions for cyclists under 14.

Some provinces, including Quebec, have provincial laws against riding in the sidewalk. B.C. bans it but also allows municipalities to set their own rules.

The fines vary. In Toronto, for instance, riding on the sidewalk is a $60 fine.

All these rules also apply to e-bikes.

Before hopping on a bike, also be sure to check local helmet rules.

Alberta, Manitoba and Ontario require helmets for cyclists under 18. 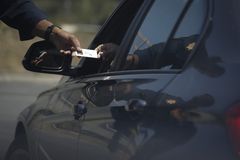 Can a traffic ticket from another country hurt my credit rating or driving record?
April 27, 2020 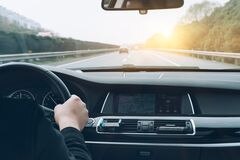