Yesterday, I was driving near a very busy midtown intersection, and I was shocked to see what looked like a motorcycle driving on the sidewalk. Upon closer inspection, I saw it had a green licence plate – I guess it was some kind of e-bike. It made me wonder: what are the road rules are for these? As a driver, I’m having enough trouble monitoring the bike lanes without now having to track fast-moving bikes on the sidewalk. – Ann, Toronto

With their current surge in popularity, e-bikes are showing up everywhere. But the one place you shouldn’t be seeing them is on a sidewalk.

Toronto bans all bicycles, whether powered by people or batteries, on sidewalks. If you’re caught on a sidewalk, it’s a $60 fine.

The only exception to the sidewalk rule? Kids under 14 can ride bikes on sidewalks as long as the tires are under 61 centimetres.

But that doesn’t mean kids can ride e-bikes on sidewalks in Toronto. You have to be 16 to be on an e-bike in Ontario.

The sidewalk rules for bicycles vary by city and province, but the bulk of places we could find ban riding any bike on the sidewalk.

In Quebec, for instance, riding on the sidewalk is banned by provincial law. In B.C., the province bans it but also allows municipalities to set their own rules. Most, like Vancouver, ban it.

The definitions of an e-bike vary a little by province, but, generally, an e-bike has to have working pedals, an electric motor of 500 watts or less, and a maximum speed of 32 km/h.

And you can’t always tell the difference between an e-bike and a motorcycle by looking, at least from a distance. There are e-bikes that look like mopeds or motorcycles but, because they have pedals and meet the other requirements, they count as e-bikes.

Typically, you can ride e-bikes anywhere you’re allowed to ride a normal bicycle. But there can be exceptions.

And sometimes, the rules can get confusing.

For instance, Toronto, the rules, only allow e-bikes in separated bike lanes if the e-bike doesn’t have a throttle.

If it does have a throttle, you can’t ride it in a separated lane. But you can ride it in a painted bike lane.

And the city doesn’t allow any type of motorized vehicle, including e-bikes, on multi-use paths in city parks, said Eric Holmes, City of Toronto spokesman, in an e-mail.

In Ontario, if an electric-powered bike doesn’t have pedals, goes faster than 32 km/h or weights over 120 kg, it’s not an e-bike. Instead, it’s a moped or limited-speed motorcycle. And, you need a motorcycle licence, registration and insurance to drive one.

There are also full-speed electric motorcycles, which follow the same rules as regular motorcycles.

So if you see a motorcycle with a green plate, it could be from Quebec – and it definitely shouldn’t be on the sidewalk anywhere.

For now, the only electric vehicles you should be seeing on Toronto sidewalks are motorized wheelchairs and mobility scooters for people with disabilities.

In fact, they’re not allowed on public roads at all and are only supposed to be used on private property in Ontario.

Of those cities, only Calgary allows the scooters on sidewalks.

Will my credit card cover me if I crash a rental car?
September 1, 2019 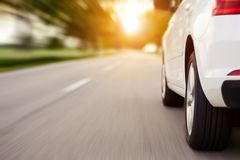 Are touch screens in cars too distracting for seniors?
August 19, 2019 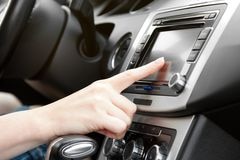