Every winter, my brother-in-law teases me for putting winter tires on our two SUVs. He says they’re a cash grab and aren’t necessary with all-wheel drive. He thinks that if winter tires really made a difference, they’d be required by law. – Jamal, Edmonton

Winter tires aren’t just for snowflakes. If you live anywhere in Canada with snow and ice, which is almost everywhere, they’re better than all-seasons at keeping you from sliding into the ditch.

“Should most Canadians be using winter tires? Yes,” says Lewis Smith, manager of national projects with the Canada Safety Council. “The evidence borders on irrefutable – winter tires give better traction, braking and cornering in colder weather than their all-season counterparts.”

Winter tires, which have a mountain snowflake symbol on their sides, are made of rubber that stays softer than all-season tires at temperatures below 7 degrees Celsius. That softer rubber keeps them from sliding like a hockey puck on cold roads.

To get that symbol, tires must have a minimum of 10 per cent more traction than all-seasons in government-approved tests on medium-packed snow. The tests don’t measure stopping distance.

But in Consumer Reports tests on a skating rink, winter tires stopped 1.8 metres shorter, on average, than all-season tires.

And in the magazine’s tests on moderately-packed snow, cars with winter tires got going faster than all-seasons. It took winter tires 19.5 metres to go from 10 to 30 kilometres an hour compared to 26 metres for all-seasons.

Only required in Quebec

Since 2007, Quebec has required winter tires on all cars from December 15 to March 15 – this year, that starting deadline moves to December 1.

In the first two winters after winter tires became mandatory, there was a five per cent drop in the number of crashes, Smith says. Deaths and serious injuries dropped by three per cent.

When Quebec implemented the rule, about 90 per cent of Quebeckers were already using winter tires.

Quebec is the only province that requires winter tires. British Columbia requires either winter tires or all-seasons with the M+S (mud and snow) symbol, which most all-seasons have, on most highways from Oct. 1 to March 31.

Some other provinces have chosen a carrot instead of a stick to get people to use winter tires. For instance, Manitoba offers loans of up to $2,000 at prime-plus-two per cent. Ontario requires all insurance companies to offer discounts for winter-tire use.

A new survey by the Tire and Rubber Association of Canada found that 75 per cent of Canadians said they drove with winter tires, up from 58 per cent in 2014.

Outside of Quebec, where reported use was 100 per cent, the numbers ranged from a high of 91 per cent in the Maritimes to a low of 59 per cent in Manitoba and Saskatchewan.

Since winter tires are effective, should they be required by law in every province? Smith doesn’t think so.

“When tools like winter tires are mandated, it can put a financial strain on those who are in low-income situations,” he says. “(They) will often use winter tires year-round to compensate,”

If they’re used all year, winter tires will wear out faster than all-seasons. Plus, they don’t stop as well as all-seasons on wet roads in warm weather.

“Is it the right move to mandate winter safety when there could be a direct correlation to lowered safety in the spring, summer and fall?” Smith says.

Making the switch to synthetic oil and when to use all-weather tires
Subscriber content
July 6, 2019 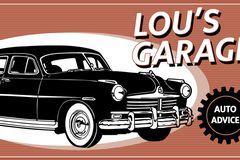 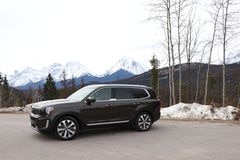