A posse of brand new Nissan Sentra sedans motors sedately around the final turn at Shannonville Motorsport Park near Belleville, Ont., neatly lined up in pairs. Moments later, as they see the green flag, the drivers mash their gas pedals to the floor. The tidy group of colourfully wrapped cars transforms into a pack of hungry racers, battling for supremacy in the first turn.

This is the start of the first Nissan Sentra Cup. The new racing series follows the success of the Nissan Micra Cup, which began in 2015. It used the automaker’s tiny four-door hatchback to showcase the brand and give new racing drivers a low cost of entry into racing.

The brainchild of Quebec-based promoter Jacques Deshaies, the new and original series are running together for the time being, with Nissan’s backing. The idea is to let drivers experience the thrill of wheel-to-wheel racing (where cars compete on track all at the same time), without the staggering price tag that car racing often has, Deshaies said. The compact sedans need remarkably few modifications to make them into bona fide racing machines.

They are not terrifically fast, but it doesn’t matter here. As a racing series pitting identical cars against each other, the Sentra Cup is designed to show off the drivers’ skills, not those of the race mechanics who use technology to make the car faster.

Darren Graham, who owns three Nissan dealerships in the Vancouver area, was one of the rookies who took up the challenge. In his first-ever racing event, Graham finished 12th out of 14 competitors.

“I ran my very first laps only on Friday, the day before the first race,” Graham said. “I’m facing a steep learning curve, but it was a great first experience with the series as a Sentra racer. The Nissan Sentra Cup is about pure driving.”

The race version of the 2020 Sentra costs $39,990, and is prepared from the base “S” model, which starts at $18,798. The cars are all built to exactly the same specifications by Motorsports in Action (MIA), a race shop based in Saint-Eustache, Que. According to MIA managing director Carl Hermez, it takes about 45 person hours to complete the transformation from street car to race car.

Using the stock engine, a 2.0-litre four-cylinder that makes 149 horsepower and 145 lb-ft of torque, and equipped with a six-speed manual transmission, the cars are fitted with only a few upgrades. On the exterior, the rear spoiler normally found on the sporty SV model is bolted on, while the wheels are upgraded to lightweight, black 18-by-9-inch alloy racing wheels shod with Pirelli slick racing tires.

According to Didier Marsaud, Nissan Canada’s director of corporate communications, the new ECM doesn’t enhance performance; it is needed to disable the suite of safety features (such as intelligent emergency braking, lane departure warning and blind spot warning) that come as standard equipment on the 2020 Sentra.

“Because all the systems are interconnected, if you disable one, there are often consequences elsewhere. It’s simpler to just use the different computer,” Marsaud said.

Safety, however, is not compromised, he said. Each Sentra Cup car is fitted with equipment approved by the sport’s governing body, the Federation Internationale de l’Automobile (FIA): a six-point roll cage, six-point harness for the driver, racing seat, window net and electric fire suppression system. The cars also have a tow hook on each end and a battery terminal isolator.

An added bonus for the drivers is the rear-view camera – which is left active – so they can see what’s coming behind them. For the second race weekend of the series, which takes place July 23 to 25, 2021, at Circuit Mont-Tremblant, about 90 minutes north of Montreal, the cars will also have a pit-lane speed limiter added by reprogramming the ECM.

Tony Di Benedetto, a Toronto-based entrepreneur, was at the Shannonville track to support his son Justin, who has moved up from the Micra Cup to the Sentra series.

“It so much more like a race car than the Micra was,” di Di Benedetto said. “It’s really amenable to racing, and handles so much better.”

That is partly because of the custom suspension set-up and also thanks to the newly redesigned Sentra’s lower centre of gravity, wider track and longer wheelbase. MIA recruited professional NASCAR driver Jean-François Dumoulin to test the first car it produced, and his verdict was enthusiastic.

“The handling characteristics are excellent, due to all the work that went into designing the suspension package,” he said. “Sentra is very agile, very stable and the turn-in [corner entry] is crisp and precise. The braking capability is truly awesome – this will really help drivers develop their braking technique.”

Di Benedetto said the two Nissan-sponsored race series are an excellent way to break into racing without breaking the bank.

“Nissan is amazing with their support of the series. It’s a real family atmosphere and everybody really gets along well.”

Nissan and Deshaies’ company, JD Promotion, have signed a three-year deal for the series, which will see the Sentras (and Micras) on track this season at Canadian Tire Motorsport Park near Bowmanville, Ont., Circuit Mont-Tremblant, Complexe ICAR in Montreal and the Grand Prix de Trois-Rivières. 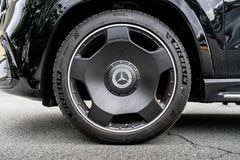 Explaining gasoline octane rating: What you need to know when filling up at the pumps
July 6, 2021 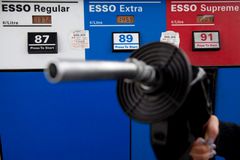 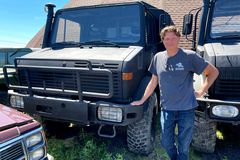