Urbanites looking for the perfect lightweight pickup truck might just love the Fiat Toro. It’s compact enough to park easily, it seats four comfortably and yet has an open box in the rear for carrying a load of decking material home from the lumber yard.

FCA, the company known for its full-size Ram pickups, says it has no plans to bring the Toro to Canada or the U.S. So, the Toro remains one of a half-dozen or more tantalizing compact utility vehicles that are good enough for places like Argentina, Brazil or Mexico but not offered here.

What’s the biggest impediment to bringing these mini trucks into Canada and the U.S.? “Americans,” says Stephen Beatty, vice-president of Toyota Canada Inc. “Size is a key criterion for success in North America. Are North Americans prepared to opt for smaller vehicles? The answer is no. In trucks, things have tended to get bigger.”

Automakers have tried to crack the mini-pickup nut before. Back in the late 1970s, Volkswagen offered a kind of Frankentruck developed on the chassis of the Rabbit subcompact – the precursor to today’s Golf. Volkswagen wasn’t alone. Mazda’s B-series pickups started as mini trucks in the 1960s, as did the simply named Truck from Datsun (now Nissan). It was a different time, and mini trucks were ugly, awkward and gutless. They just didn’t sell, so they disappeared.

But the new compact pickups found around the world offer comfort, convenience and style to go with great fuel economy. Could the mini truck be poised for a North American comeback? We sure hope so. Here, listed alphabetically, are a few of our favourite trucks we’d love to see in Canada today.

Description: With a total length of just 4,915 mm, this unibody-based vehicle is classified as a “mini pickup” by U.S. and Canada standards. Built in Brazil, it is based on the small, wide 4x4 – architecture shared with the Jeep Renegade, Jeep Compass and the Fiat 500X. The Fiat Toro is powered by 1.8-litre and 2.4-litre gasoline engines or a 2.0-litre turbodiesel, and comes in either front-wheel or four-wheel-drive. Fiat claims it can accommodate five people.

Why we like it: It is just cute, has great gas mileage and would make the perfect urban runabout. Even the tailgate, which is split with hinges on each side, is convenient for small applications.

Where it is sold: Latin American markets, including Brazil, Argentina, Colombia, Panama, Peru and Chile, as well as Portugal.

Why isn’t it sold here? “The Fiat Toro is a vehicle that has been developed and built for the Latin American market,” notes Jordan Wasylyk, FCA Canada’s communications manager. “In North America, Fiat continues to play in the compact-passenger-car segment, whereas Ram and, now, Jeep compete in the pickup market. Fiat is a compact-passenger-car brand, and Toro doesn’t align with our offering.”

Cause for hope? Don’t bet on it, says Wasylyk. Really, don’t. Instead, FCA has hinted that it is considering a new mid-size pickup, possibly reviving the Dakota brand, which was discontinued nearly a decade ago.

Description: Designed in São Paulo for the South American market, it was introduced in Brazil in 2015. The Duster Oroch – sold in some parts of the world under the Dacia brand – is a five-seat light pickup based on the Duster SUV. It has unibody construction rather than the traditional body-on-frame found in most pickups. Its load capacity is a modest 650 kg. At 4,700 mm, it is also a micro truck by North American standards. The bed measures just 1,350 mm long. It is available with either a 1.6-litre or 2.0-litre petrol gasoline engine and a five-speed or six-speed manual gearbox.

Why we like it: Like the Fiat Toro, it caters to the micro-pickup crowd that puts a priority on convenience and garage ability over cargo capacity.

Where it is sold: Introduced in South America, the Oroch is also available in Mexico, India, Africa and Europe.

What is a 'chicken tax'?

A 25-per-cent tariff on light trucks imported into the U.S., the “chicken tax” was also initially applied to potato starch, dextrin and brandy. President Lyndon Johnson introduced the tax in 1964 in response to tariffs placed by France and West Germany on the importation of U.S. chicken. The tariffs on potato starch, dextrin and brandy were lifted, but protectionism has remained in place for automakers. Under the United States–Mexico–Canada Agreement (USMCA), Canada is exempt from the tax.

Why isn’t it sold here? Renault withdrew from the Canadian market in 1988 but came back on a very limited scale in 2016 with the Twizy electric runabout (which is kind of a glorified golf cart). The Oroch does not meet Canada/U.S. safety standards and would also encounter the 25-per-cent “chicken tax” in the U.S for light-truck imports. Questions have also been raised about its lower-than-average safety ratings in other markets.

Cause for hope? There is virtually no chance you’ll see this cute little pickup on Canadian roads any time soon. Renault/Nissan is counting on the mid-size Nissan Frontier to meet the Canada/U.S. market demand. A redesigned Frontier is expected to appear in 2021, but it is almost certainly going to be much bigger than the Oroch.

Description: This is the slightly smaller and plainer sister to Toyota’s perpetually hot-selling (in Canada and the U.S., that is) Tacoma mid-size pickup. Primarily a work truck, the Hilux has few of the frills found on the Tacoma. The latter is marketed more as an all-purpose vehicle with a very sporty off-road orientation. The Hilux’s base configuration is two-wheel-drive with a four-cylinder engine.

Why we like it: The Hilux’s simplicity makes it an easy truck to maintain. It also has a softer, more urban-friendly style than the testosterone-fuelled Tacoma. Around the world, the Hilux is used for taxis, police vehicles and contractors’ utility vehicles.

Where it is sold: It is sold globally in markets such as Mexico, South America, Asia, Europe, the Middle East and Oceania.

Why isn’t it sold here? The Hilux brand was dropped in Canada and the U.S. in 1976, and the current model (eighth-generation) does not comply with local emissions and safety standards. Since it is not manufactured here, the Hilux is also subject to the 25-per-cent “chicken tax” in the U.S.

Cause for hope? “People love the Hilux. I love the Hilux,” says Stephen Beatty at Toyota Canada. “You see them occasionally on Canadian roads because people drive them up from Mexico.” But the market for 2WD commuter trucks in Canada and the U.S. has “virtually disappeared,” notes Beatty. The potential market for this stripped-down vehicle is too small to justify the capital investment.

Description: This roomy crew-cab truck is pretty much a mid-size. Its biggest engine, a 3.0-litre V-6, produces 201 horsepower and uses an eight-speed automatic transmission. That allows a payload of up to 1,147 kg, and its towing capacity is rated at 3,100 kg – approaching the Ranger (3,401 kg) and Colorado (3,500 kg). The Amarok is built in Argentina, Germany and Algeria. With the extended box, it measures 5,900 mm end to end.

Why we like it: This is a no-frills tried-and-tested truck that is compact yet brawny enough to do real work.

Why isn’t it sold here? “We must balance [a new model’s] sales potential against the cost of bringing it to market – in terms of production, logistics, R&D, homologation [certification] to safety and emissions standards, and even macroeconomic factors, like exchange rates,” says Thomas Tetzlaff, manager of public relations for Volkswagen Canada. “In the specific case of a pickup truck bound for North America, the ‘chicken tax’ is also a major factor.”

Cause for hope? While Tetzlaff would not comment on new products, Volkswagen’s CEO, Herbert Diess, reiterated last month the automaker’s collaboration with Ford to develop a replacement for the Amarok for worldwide distribution, including North America, which could appear as soon as 2022. To avoid the 25-per-cent tariff, the new vehicle (based on the Tarok concept) could be manufactured at the Ranger assembly plant in Wayne, Mich. Volkswagen has also teased the Tanoak concept mini pickup (based on the Atlas SUV’s MQB platform) but feels that the unibody-based vehicle would not sell well in Canada and the U.S.

There are other mini pickups out there. The Mitsubishi Triton sells around the world (and was once sold here as the Dodge Ram 50), and Chevy and Ford are both rumoured to be planning mini pickups for the international markets, but not here). Hyundai, however, plans to launch its Santa Cruz compact unibody pickup in North America later this year. 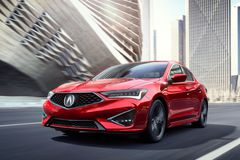 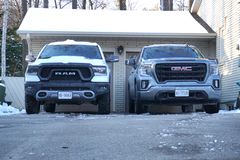 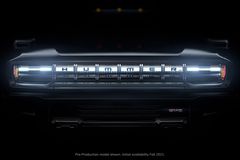 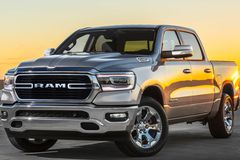