The biggest tech companies may soon have more sway over automakers aiming to offer their customers the most advanced in-car information and entertainment systems.

For the past few years, car manufacturers have embraced platforms such as Apple CarPlay and Google’s Android Auto as a way to upgrade infotainment systems that were otherwise obsolete. ABI Research says that since 2015, 36.84 million vehicles have been shipped with Apple CarPlay and 36.34 million with Android Auto.

Both are what are called “projection platforms” in that they run off of software on the smartphone, not in the vehicle itself. They allow drivers to use select apps on the dashboard’s touch screen, as well as access some features by voice command. Most vehicles, particularly in the 2018-20 model years, support one or both of them.

But thereʼs also the possibility that automakers will choose one tech giant above all others. That is what Porsche opted to do with the Taycan, its first all-electric vehicle, which is also a first for another reason. It marks the only time to date that Apple cut an exclusive deal with a manufacturer that leaves out other platforms from the likes of Google and Amazon.

The Taycan integrates Apple Music as an independent platform built into the infotainment system, free of any shackles from CarPlay, or even the iPhone. With three years of online access provided free, drivers can search and use Apple’s music streaming service any time, including created playlists and the platform’s radio stations. Because the driver’s Apple ID is tied to their Porsche ID, the two are linked to create a personalized experience. CarPlay is still an option for drivers who want GPS maps and access to other supported apps. Those features aren’t embedded in the vehicle’s dash.

“There were two main reasons for the integration. On the one hand, Apple Music fits very well to Porsche because both companies stand for agility, innovation, creative engineering, iconic design, and a clear customer focus. On the other hand, Apple Music is one of the leading streaming providers worldwide and more than 80 per cent of Porsche customers use Apple devices,” The company said in an e-mail.

Future Taycan models will continue the built-in integration, with rollouts in other Porsche models already planned, although he says it is “too early to reveal any specifics.”

“Apart from Porsche, there are no other automakers with agreements to implement embedded Apple products in their vehicles, which could be seen as a competitive advantage over a short-term period,” says Maite Bezerra, an analyst in the smart mobility and automotive team at ABI Research. “Apple’s lower penetration in smart speakers and smart-home devices allows Google and Amazon to offer higher integration and a range of remote vehicle features.”

Bezerra expects that embedded infotainment solutions offered by all three tech giants will gain traction soon and won’t be considered differentiators for premium cars anymore. Premium cars will need to offer customized solutions, like Porsche did with Apple, to build on top of “fits all” integrations, she says.

“This demonstrates that some automakers are already giving up on developing their own solutions, and that Android Automotive [and Amazon Alexa] will be available in mass market brands in the coming years,” she says.

That hasn’t stopped some car makers from striking deals to shore up their own dashboards. Volvo was the first to adopt Google’s Android Automotive operating system, which runs in the Polestar 2 infotainment system. General Motors and the Nissan-Renault-Mitsubishi Alliance each announced they will do the same with their vehicles starting in 2021.

Android Automotive OS will be embedded in the vehicles’ infotainment systems, integrating core apps and features such as Google Maps and Google Assistant in the cars, without needing a phone to run them. Google says the OS won’t stop drivers and passengers from running CarPlay or Android Auto from a smartphone.

“Google, Apple and Amazon recognize that the vehicle is an extension of the consumer experience they offer at home,” says Grant Courville, vice-president of product management and strategy at BlackBerry QNX. “But there are a class of applications that we’ve notionally called car-critical functions, like climate control, rear-view camera and sensory technology that automakers don’t want running on those platforms. Those are still things given to us.”

BlackBerry QNX has been a middleware provider for dozens of manufacturers, and its software is currently in 150 million vehicles. That includes infotainment and, among other things, its hypervisor, which allows multiple operating systems to run on the same system on chip.

While Courville says he was “a little surprised” at the Taycan-Apple Music exclusive integration, he also sees how both brands get value out of it. Porsche has the additional profit margin to subsidize the three-year data connection, while Apple can count on subscribers to stay in the fold because the experience seamlessly extends from the home to the car. That integration, however, left QNX software out of the mix, although it still handles the car-critical functions for its clients.

“[Automakers] will subsidize those connections to the car to generate more brand loyalty, and one way to augment that is by having a closer relationship with vehicle owners,” he says. “Eventually, you’re going to see that move from the premier luxury brands into the mid-range, and then to the entry-level vehicles. They’re going to start going that route whenever they feel they can start to monetize some of these connections and services.” 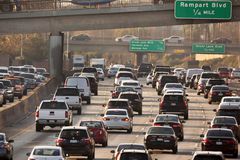 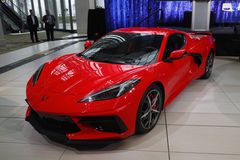 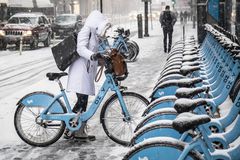