As the transportation and automotive industry turns towards an electrified future, any new battery technology is received with a spike in interest. Two recent announcements – China’s sodium-ion battery and a commercial breakthrough in iron-air batteries – appear as though change is afoot. It is, but perhaps not in the way you think.

Iron-air batteries use two of the most common elements on earth to store energy: iron and oxygen. A successful prototype was recently revealed by Form Energy, a company whose founders include Telsa’s former head of battery development, Mateo Jaramillo. This technology could provide much cheaper energy storage, but it is still only at a prototype stage, and its bulk and slow discharge times might not disrupt all applications of current battery technology. Sodium-ion is a more developed technology, and could find automotive applications sooner. However, while they are able to both charge quickly and weather cold temperatures, sodium-ion batteries can’t store as much energy as lithium-ion batteries.

“For the next five years, possibly ten years, I simply do not see the lithium-ion technology being replaced in EVs,” says Előd Gyenge, a professor in the Department of Chemical and Biological Engineering at UBC, and co-founder of Agora Energy Technologies, a company creating alternative batteries.

“The megafactories have been built. There are, however, many improvements to be made.”

He explains that where electric vehicles are concerned, continuous improvement in the lithium-ion battery technology is far more likely than a sudden change.

Consider a modern electric vehicle like the Ford Mach-E. It has a useful range of more than 400 kilometres to a charge, offers excellent acceleration and responsiveness, and is practical and roomy. The only problems are that the $50,495 starting price is roughly $10,000 more than what the average Canadian spends on a new vehicle, and that if you’re running low on battery power on a road trip, chargers are less common than gas pumps.

Now let’s take a look at a different Mustang: a 1973 Mach 1 with a 5.8L “Cleveland” V8. That car made just 177 hp if you had the two-barrel carburetor and burned 20L of fuel every 100 km. Today, Ford gets twice the fuel economy and far more performance out of the least expensive modern Mustang you can buy.

The above comparison is intended to show how the internal combustion engine has come a long way through years of industry research and development. The same thing will probably happen with the electric vehicle. As manufacturers change R&D priorities, as many have, EVs will gradually be able to eke out longer ranges from smaller battery packs, while punching out even more power. Lithium-ion technology doesn’t need a breakthrough, it needs further optimizing.

“We will need tremendous resources to support a larger EV fleet,” Gyenge says. “Cobalt is a challenge, [and] lithium carbonate prices are oscillating but generally are trending upward at the moment.”

He notes that a number of companies working on reducing the rare metals used in batteries including materials like manganese oxides and lithium iron phosphate are showing promise. It’s a challenge multiple industries are working on because improvements in battery technology, safety, cost and efficiency benefit everything from smartphones to laptops.

But where the breakthrough really needs to happen, Professor Gyenge says, is in energy storage.

According to Gyenge, infrastructure needs to experience a change that will do for energy producers what refrigeration did for farmers. Being able to harvest renewable energy long-term and store it, rather than having to generate power and use it immediately, will change the way power is used.

As an example, BC Hydro currently employs energy traders, people who broker the sale of excess electricity to the U.S. Prices for this electricity varies wildly, depending on how much local consumers are using, and when there are yearly changes like spring runoff water volume.

This is where technology like the bulky iron-air battery could work, providing storage when production is high, meeting demand when consumers are looking to heat and light their houses. The same process would apply for solar power’s greater summertime productivity, and for the literal shifting winds affecting wind power.

Currently, large-scale power storage relies heavily on lithium-ion technology. As more infrastructure is built, however, using alternative batteries could ease demand on lithium resources, which then means those resources can be diverted into EV production.

That’s where companies like Gyenge’s Agora Energy Technologies comes in. The firm creates a battery that the claim is not just carbon-neutral, but carbon negative.

The batteries actually use carbon dioxide for energy storage. CO2 from any source, either pulled from the atmosphere or as an industrial by-product, can be pumped through the battery, where it is converted into high energy density liquid solution that can be stored for several months, without requiring pressurization or temperature control.

That solution can then be fed back through a battery to create energy. No CO2 is released. Instead, the by-product is carbonates, which are commercial chemicals that can be repurposed in industries like glass manufacturing.

At a time when much of the news seems bad, speaking with Professor Gyenge provided a touch of hope. No single breakthrough will help slow or stop climate change. Instead, it will be a collective effort, and some of the planet’s sharpest minds are at work on it. 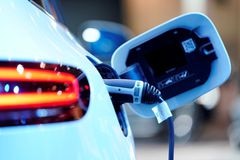 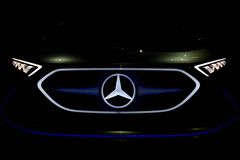