I’ve lost some income because of everything happening with COVID-19. What happens if I can’t make my car payments right now?

If you have to miss a payment because of COVID-19, don’t put off asking for help.

“Typically a missed payment would result in a default, but these are unprecedented times,” says Michelle Pommells, CEO of Credit Counselling Canada. “If somebody has already missed a payment or expects to, I would recommend contacting your loan provider or insurance company immediately to ask if you can reduce payments.”

Many companies, including the major banks, might let you reduce or delay payments if you don’t have a steady paycheque because of the pandemic. But the policies aren’t always advertised. They’re not automatic, either – you’ve got to let companies know what’s going on.

“It’s always better to be pro-active than to wait for the company to call you,” Pommells says.

Let’s look at what normally happens when you miss payments – and what’s happening now:

Normally, missing car payments could lead to extra charges, a damaged credit rating and even repossession. But right now, the major banks and many car companies are letting customers defer loan payments until later.

How much later? Most companies won’t say exactly how long they’ll let existing customers delay payments – they say they’re working with customers on a case-by-case basis.

“Deferrals are not payment waivers, so the payments still have to be made, but at a later date,” said Jenn McCarthy, spokeswoman for Nissan Canada, in an e-mail.

Hyundai was the only company that gave specifics about its program. It’s offering deferrals for up to three months on loans and a one-month deferral on leases.

If you’re trying to get a payment delayed, be sure to ask when you have to pay it back. Will you have to make a double payment in two months? Or will you be able to delay the payments until the end of your financing term? Meaning, for example, if you skipped two months now, you’d get an extra two months added to the length of your loan.

Also ask if you’ll have to pay extra interest on the payments you’re delaying. If you do, your total loan could cost you more.

“The policies don't say it clearly, but the suspension of payments may attract additional interest charges due to the longer repayment period, which is understandable,” said George Iny, president of the Automobile Protection Association (APA), in an e-mail.

Iny says one customer who tried to suspend six bi-weekly payments was told that he’d have to pay an extra $437 at the end of his loan.

But that isn’t the case for everyone. Nissan, Toyota and Mitsubishi, for instance, say interest won’t keep building while you’re deferring payments.

Companies also say that your credit rating won’t be affected.

While most companies say you won’t have to give proof of a layoff, you might not be able to get a deferral if you were already behind in payments before this started.

Companies are offering deferrals on lease payments, Iny says. And if your lease has ended and you can’t bring your car back because you’re self-isolating – or if you’re in Quebec, where dealerships have closed – some companies are extending leases.

If you already have an arrangement with your company, it might be a good idea to check back with them again because policies have been changing so quickly. They may be able to make you a better offer.

“Companies will still need customers when this is all over,” Pommells says.

Normally, if you miss an insurance payment, your company could cancel your car insurance – and you’ll pay more for insurance from the next company.

But with COVID-19, most insurance companies are offering 30-day deferrals, Mitchell says.

“Every insurance company is saying ‘hey, we won’t cancel you,’” Mitchell says. “But nobody knows how that will be documented and affect your rates going forward.”

When you call your insurance company and ask for a deferral, ask when you’ll have to pay it back and how your rates might be affected.

Aviva Canada, for instance, says, “If they choose to defer their payment and pay it later as agreed, there will be no impact on their future rates nor will it go on their record as a non-payment.”

If you’re not driving to work because of COVID-19, you could also ask for a rate reduction, Mitchell says.

“Or, if you’re not driving your car at all, insure it just for theft,” Mitchell says. 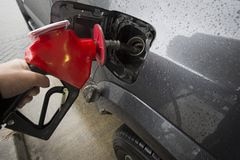 Which safety features are the most essential if I’m buying a new car?
Subscriber content
March 16, 2020 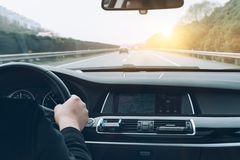