Critics say the strategy, released last month, points to a green hydrogen economy by 2050 – but it doesn’t say how we’ll get there.

“If you read it, it’s not really a strategy – it’s a consultants’ report that they made public,” says Sarah Petrevan, policy director with Clean Energy Canada. “In terms of what’s being put out by other countries, it falls short on specific recommendations and on actions that are going to be taken.”

In the document, Minister of Natural Resources Seamus O’Regan called the strategy a “call to action” that will “position Canada to seize economic and environmental opportunities that exist coast to coast.”

What are those opportunities? According to the 115-page document, hydrogen could transform our economy while cutting the CO2 emissions that cause climate change.

It predicts that, by 2050, we could get 30 per cent of our energy from hydrogen and become one of the world’s top three exporters of green hydrogen.

That could potentially create 350,000 “good, green jobs” and bring in $50-billion a year in business revenues.

While becoming a leading producer of green hydrogen is a lofty goal, it’s not clear yet how it will happen.

“The strategy is a bit light on what is actually going to be done and where the money will come from,” says Richard Carlson, director of energy policy with Pollution Probe. “They do say that the next step is to work with provinces and look at strategy – that will be very different in British Columbia, Alberta and Quebec.”

H is for hype?

While hydrogen has the potential to help Canada reduce CO2 emissions, it’s not a silver bullet that can solve every problem, Carlson says.

“There’s a lot of hype around hydrogen; it’s always been the holy grail and there’s been this idea that we can just swap out fossil fuels for hydrogen,” Carlson says. “We should not be trying to develop hydrogen – we should be trying to get to net-zero energy emissions and seeing how hydrogen can help us get there.”

Because government policies have focused on batteries for so long, hydrogen likely won’t replace batteries for most passenger vehicles. But hydrogen could be more practical than batteries in long-haul trucks, trains, planes and ships. It could also be used instead of fossil fuels in energy-intensive cement plants and steel mills.

But all that won’t happen on its own. It will take federal and provincial policies, money and partnerships with businesses to get there, Petrevan says.

“They’d need to not only get somebody to create clean hydrogen but get somebody to use it,” Petrevan says. “They need to do feasibility studies in the provinces – for example, if you’re doing grey hydrogen, could we do some tech funding to get you to switch to green or blue?”

Canada is already one of the top ten producers of hydrogen in the world, but most of our hydrogen is grey, or dirty, hydrogen – we release CO2 into the atmosphere to make it.

We produce about three million tonnes a year by steam methane reformation (SMR) of natural gas. That grey hydrogen is used to produce fertilizer and to refine oil.

When that CO2 is captured and stored, the resulting cleaner hydrogen is called blue hydrogen.

Not easy being green?

But as technology improves, solar and wind power get cheaper and more green-hydrogen plants get built, it’s expected to get cheaper, Petrevan says.

“In the next ten years, green hydrogen will be cost-competitive with blue,” Petrevan says. “By 2050, it will be cheaper than blue.”

Countries including South Korea, Germany, France and Portugal have plans to accelerate the production and use of clean hydrogen. Many of those countries are putting big money into hydrogen initiatives. For instance, Germany has a $13.7-billion hydrogen strategy as part of its COVID-19 recovery package.

To compete, Canada will need to spend money.

“Right now, Canada has committed $1.5-billion shared among a bunch of zero-emissions fuels – that’s probably not a sufficient level,” Petrevan says.”Groups like the Task Force for a Resilient Recovery recommended $1-billion just for hydrogen.”

“Could they get one happening in Ontario with a steel plant or a cement plant?” Petrevan says.

But a University of British Columbia professor who consulted on Ottawa’s strategy says there are likely pilots in the works that haven’t been announced yet.

“I’ve got [non-disclosure agreements], so I can’t say too much,” says Gordon Lovegrove, a UBC civil-engineering professor who does research on hydrogen-powered rail.

Lovegrove doesn’t think Ottawa’s strategy needs to be more specific. The details should be up to the provinces and businesses, he says.

“The policy has been launched, so it’s up to business to do its part and run with it,” Lovegrove says. “It’s a good start, and it’s never going to be perfect – how much more could they say without giving away a competitive advantage?” 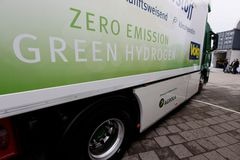 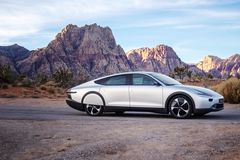 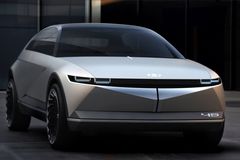