With nearly four million subscribers, Doug DeMuro runs one of the most-watched automotive channels on YouTube. His videos are deep dives into strange and unusual cars. So when the San Diego-based auto enthusiast went looking for a very rare Audi station wagon to park in his own garage, he turned, naturally, to Canada.

The car in question is a 1994 Audi RS2 Avant, for which Mr. DeMuro paid “over US$70,000” to buy and have shipped to the United States from Canada, once all the costs were factored in.

That’s a steep price, and it certainly represents a win for the Calgary-based seller, Dave ten Broek, who got to spend a decade driving around in a car that just turned into an investment windfall.

“I bought my dream car, not an investment,” Mr. ten Broek said. “Although I did maybe have it in the back of my head that these things were probably going to go up in value.”

Built by Porsche in the same factory that produced the 959 supercar, the RS2 is an interesting example of cross-brand automotive collaboration, and the first of its breed. It was the first Audi to wear the RS badge and combined all-wheel-drive practicality with a fierce little turbocharged five-cylinder engine. The RS2 is really good fun to drive, a sort of smaller, more Germanic take on something like a modern Subaru WRX.

Mr. ten Broek purchased his RS2 in 2009. Never officially available in Canada, the car was nonetheless importable under Canada’s grey-market rules. Those rules state that cars not manufactured for the Canadian market may be registered here once they are at least 15 years old. Safety standards for older imports vary from province to province, and can include requirements to modify the vehicle, such as adding a third brake light.

The United States has a similar grey market for automobiles, but it requires the vehicles to be at least 25 years old. If you’re a Canadian automotive enthusiast looking for something interesting to buy, this works in your favour in two ways. First, you don’t have to compete with the much larger collector audience in the United States; second, once a car becomes old enough for U.S. buyers to legally import it, market values usually go up.

Mr. ten Broek is more of an enthusiast than a collector. He enjoys working on his cars – you pretty much have to with old Audis – and the occasional weekend cruise with his local car club. He put about 40,000 kilometres on the car in just more than a decade, but his RS2′s rapidly increasing value over the past three years was a double-edged sword – he says he sold it simply because it was getting too valuable to drive around.

For Mark Petriw of Coquitlam, B.C., buying a 1992 Nissan Skyline GT-R offered him the best of both worlds. “I saw it as a sort of term deposit I could drive.”

The Skyline GT-R was, and remains, one of the hottest modern collector cars to come out of Japan. A good-condition 1992 model will now fetch around US$50,000 at auction. But back when the car was not yet old enough to be imported into the United States, you could buy one for less than half of that.

Like Mr. ten Broek, Mr. Petriw had a modest budget and the desire to buy something he could actually drive. He was able to enjoy his GT-R for several years, with Sunday morning drives and the occasional special school run, and then sell it later at a reasonable profit. That profit wasn’t really the point, but it made a nice bonus to cap off the ownership cycle. He says the GT-R is “still one of the best cars I’ve ever owned.”

Mr. Petriw rolled some of his windfall into a more expensive R34 Skyline GT-R, and later a Nissan S14 Silvia. Both cars were fun in their way, but the R34 represented a larger investment, so Mr. Petriw decided to sell, and call his experiment a success.

Attend any informal Canadian car show prior to the COVID-19 pandemic and you might have seen any number of variations on this experiment. Importers have existed for years, particularly with an eye on the Japanese market, and all sorts of interesting vehicles have made their way to Canada. Some, like the tiny Autozam AZ-1, look like mere toys, but have proved highly collectible to a U.S. audience. Others, like the surprising number of left-hand-drive Japanese-market European marques, are just a lower-priced way to get something of a performance bargain.

Not every car will prove to be a great investment. Mr. ten Broek also imported an Audi RS6 Avant from Japan, but found that it didn’t really appreciate in value. It also wasn’t quite as much fun to drive as the nimble little RS2, being more of a highway cruiser, so he sold it at a slight loss.

The grey market as it stands today might not be around forever, as Transport Canada is considering a push to a 25-year rule. Further, both Mr. ten Broek and Mr. Petriw say they noticed that values started to rise sharply once a vehicle was within three years of being allowed into the United States. It’s also increasingly difficult to find a great bargain in an age of ubiquitous internet connectivity.

Still, there are some pretty safe bets out there. The 2005 Mitsubishi Evo Wagon, for instance, is a one-year-only, limited-production car that’s just become eligible to import into Canada. With 286 horsepower, all-wheel-drive and a manual gearbox, it’s a great fun-to-drive machine that will likely hold its value.

Another option is one of the cars Mr. ten Broek is currently keen to track down: an RS4 Avant from 2006. Yes, wagons we never got are popular among enthusiasts, and the RS4 is similar to the daily-driver S4 Mr. ten Broek is already familiar with. “I can do a lot of the work myself, the carbon-cleaning and so on. It’s even a little more reliable than the S4,” he said.

Should he find the right RS4, he says he won’t think of it as an investment. Instead, it’ll be something to drive and enjoy. After all, it’s far better to be looking forward to a weekend drive in your hot Audi wagon than to be checking on how your stocks are doing.

How a new generation of auto enthusiasts is keeping classic-car culture alive
December 3, 2020 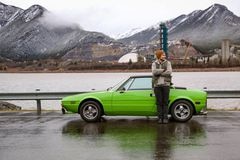 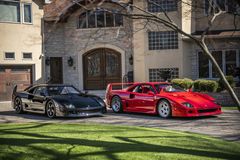