This is the story of a pothole.

It sits on the eastbound Gardiner Expressway on the western fringe of Toronto, relatively small as potholes go – nothing like the SUV-eating chasms that make front-page news.

But it has staying power.

It disappears briefly every spring after maintenance workers fill it, giving drivers a brief respite from having to avoid it with either vertigo-inducing swerves or spine-rattling braking.

And then, after a month or two, it returns, menacing drivers until the next spring when it gets another temporary filling.

Pick your metaphor: Groundhog Day (the movie, not the day). Sisyphus. Leafs vs. Bruins, Game 7. Canada’s relationship with the pothole – the scourge of spring – fits them all. You could probably throw in that saying about the definition of insanity being the act of doing the same thing repeatedly and expecting different results.

"The system is broken," says Dave Hein, principal engineer at Applied Research Associates, Inc., which has just completed a study for the Transport Association of Canada on better ways to handle the pothole crisis. "You've got a mixture of bad design, bad construction and bad material."

But that trifecta isn’t what’s at the root of our road woes. The root of all this thoroughfare evil is money, or at least the lack of willingness to spend it – even though the Canadian Automobile Association estimates that we spend $1.4 billion a year repairing pothole-inflicted damage to our vehicles.

“We know how to build a road, we know how to do it right and we know how to make it last,” says Hein, whose report will be released publicly in the next month or so. "The problem is that it just doesn’t happen.

“We don’t have close to the money needed to maintain the roads.”

That starts with cutting corners on road-building, skimping on general maintenance and filling holes on the cheap, he says.

Using inferior materials or not mixing paving materials properly results in air pockets forming in new roads, which speeds up problems and makes the streets old before their time.

Building better roads would reduce, although not eliminate, potholes.

They are going to happen regardless, though patching them with equally inferior products – or rushing to fill them – all leads to bad roads, ruptured suspensions, flattened rims and frayed nerves.

“I’m on a one-man tear to beat people over the head to use good products,” says Hein.

And don’t get Hein started on governments’ obsessions with choosing the lowest bid.

“I am vehemently against going with the low bid,” he says. “You want to be sustainable? Go with the best contractor using the best materials.”

This applies not only to construction but to regular maintenance and the annual ritual of filling car-devouring potholes.

But it's not all bad news. There is some progress being made.

Montreal’s Metropolitan Autoroute used to be known for the height of the weeds growing in potholes. Today, Hein says, Montreal is among Canada’s leaders in road maintenance – along with Regina, Winnipeg and Edmonton.

"At one time, Regina had a policy that potholes couldn't be filled until there was moss growing in them," he says.

There are numerous ways to repair potholes, but the only effective ones involve hot-mix asphalt and sprays. Few do it, because the process costs more and takes longer, Hein says. Some cities are still using buckets of tar.

What is your average driver to do? For one – though this may be a stretch based on the behaviours we see daily on our roads – use your head.

Dean Fisher, chief operating officer for CARSTAR, advises drivers to slow down if roads look rough. That will stop you having to slam on the brakes, which is the worst thing you can do before hitting a pothole at top speed, as it tilts the vehicle forward and places a lot of stress on the front suspension, which is the first part of the vehicle to strike the hole.

Should you hit a pothole, don't let any potential damage go unattended. It will only get worse.

But maybe the most effective thing you can do is voice your displeasure to our governments and be prepared to pay more taxes.

“It’s up to the people to decide what they want,” Hein says. "If you want better roads, demand them.

"You get what you pay for."

Try looking out the car window rather than staring at your phone
April 8, 2019 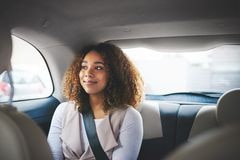 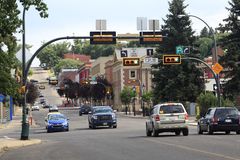 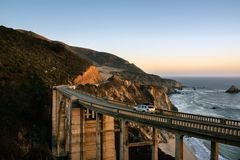