The 10 concept electric vehicles revealed by General Motors last week would all look at home in one of the automaker’s dealerships right now.

There was a big bespoke Cadillac sedan. There were SUVs from Cadillac, Chevy and Buick, including one that looked a lot like an Escalade. There were even two blasts from the gas-guzzling past: two full-lane-sized Hummers, one a pickup truck and the other an SUV.

They weren’t small electric oddities but big, sexy EVs that mirror what buyers of gas-powered vehicles are choosing now.

Finally. In fact, they were sexier than anything on a GM lot right now. Oh, and they’ll each deliver up to 644 kilometres in range and plenty of power. Heck, the Hummer truck promises 1,000 horsepower. They’ll all be in dealerships by 2025, GM says.

This is a big deal. General Motors, the company that killed its first electric car in 2001 after it was able to water down fuel economy standards, plans to out-Tesla Tesla and sell a million EVs a year by 2025 – and do it at a profit.

Eventually, GM plans to sell only EVs – and it’s a smart move for a company that has seen sales drop.

To compete against the Germans, the Japanese and the Koreans, GM needed an angle. Saving the planet by becoming all-electric is a good one.

It lets GM market itself as a warrior against climate change and draw in new buyers who wouldn’t normally consider a Buick, Chevy or Cadillac. Plus, it can do that while still selling gas-powered Suburbans and Silverados.

Already, 75 per cent of Bolt buyers in the United States are new to GM, according to chief executive officer Mary Barra.

If the new EVs sell, could it really change GM from a company traditionally associated with low quality and old-fashioned cars to a company that keeps Elon Musk awake at night?

I think it could. And even if it doesn’t, it will push other car makers to get more serious about their EV plans. Suddenly, the idea of an EV in every driveway seems a lot less far-fetched.

Here’s why the $20-billion move could actually work to give EVs mass appeal and not just appeal to early adopters with deep pockets.

EVs haven’t taken off yet because buyers don’t want to pay more than they would for a gas-powered car on a small, weird-looking EV that might not get them to where they’re going.

GM has a new Ultium battery that it says will boost range up to 644 km and bring costs down. A battery doesn’t sound that exciting, but this one could deliver up to 644 km of range “or more” on a single charge.

GM also says it could drive battery costs to below US$100 per kilowatt-hour, about US$45 cheaper than they cost now. Prices haven’t been announced, but that could make these new EVs up to US$10,000 cheaper to produce than they would be now.

Even smarter is GM’s decision not to muddy the waters by also selling hybrids and plug-in hybrids, like most other companies are.

It could mean some lost sales from buyers who want hybrids, but it’s a great way to stand out and make it clear that they sell electric cars.

Right now, only three of the cars have been officially announced: the Cadillac Lyriq SUV, the Hummer EV truck and the Bolt EUV compact-utility vehicle. They’re expected to hit dealerships by 2022.

Even though the rest are just concepts for now (no photos were allowed, either), other automakers have been warned.

If GM is serious about electric, you’d better be, too. 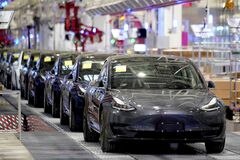 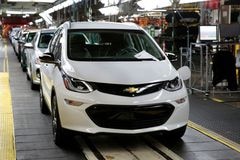 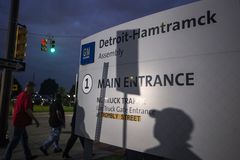 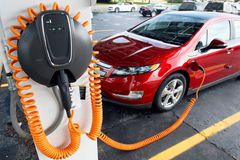