I’ve been hearing for years that the colour of your car affects insurance rates. Specifically, I’ve heard that red cars cost more because drivers tend to speed in them. Is there any truth to that? – John, Calgary

Excuse me, myth? When figuring out how much to charge you, insurance companies look at the cost of your car – not the colour.

“I’ve been in insurance for 30 years and they’ve never asked the colour of your car as part of the application process,” said Rob de Pruis, director of consumer and industry relations for the Insurance Bureau of Canada. “It’s a myth I’ve heard since I was a kid.”

So where did the myth come from? Good question. The claim that red cars get more speeding tickets has been debunked.

“Years ago, red wasn’t a common colour for sedans but it was more common for sports cars – people remember shows like Magnum, P.I. where he drove a red Ferrari,” de Pruis said. “Sports cars are more costly to insure because they’re costlier to repair.”

In a 2019 survey by Ratehub, a financial comparison site, about 22 per cent of respondents believed that colour impacted insurance rates.

While insurance rules vary by province, colour won’t colour your rates in any of them.

In Alberta and Ontario, for instance, insurance companies figure out rates by looking at your driving record, where you live, how much you drive, the make, model and year of your vehicle, and your age, gender and whether you’re married.

The three provinces with government insurance – British Columbia, Saskatchewan and Manitoba – don’t use age or gender to set rates.

But every province looks at the type of vehicle you drive. They consider how much it will cost to replace and repair – and how often other drivers of the same car make insurance claims.

“Is that vehicle more prone to being stolen or is it more prone to get speeding tickets?” said Matt Hands, director of insurance at Ratehub. “In general, cars are becoming more expensive to replace and repair and often [companies] are just scrapping them and paying out.”

My car won't be driven – do I still need insurance?

How can I learn what discounts my insurance company offers?

While Ratehub didn’t ask about red cars in its most recent survey, which was released this week, it did tackle a few other misconceptions.

The biggest one? About 60 per cent of the 1,500 Canadians surveyed believed that photo radar tickets impact insurance rates.

That’s false, Hands said. While photo radar tickets and red light camera come with the same fine as tickets handed out by police, they don’t come with demerits or go on your driving record.

That’s because photo radar tickets can’t prove who was driving. They just see your licence plate.

In the survey, 44 per cent thought, wrongly, that your insurance rates only go up if you make an insurance claim.

But if you get a traffic ticket, your rates could go up, Hands said. That’s because tickets show that you’re a riskier driver.

“They stay on your record for three years,” Hands said. “You’ll see an increase when it’s time to renew and they pull your driver abstract.”

On the survey, about 22 per cent thought that speeding tickets for going less than 15 km/h under the speed limit don’t affect insurance rates. But even one minor ticket can cause your rates to go up.

“In reality, your rate increases,” Hands said. “If it goes up by $25 or $30 a month, that could cost you hundreds of dollars over a three-year period.”

Your rates can also go up for reasons that have nothing to do with how you drive. For instance, your rates might go up if there are more thefts or crashes in your neighbourhood. When an insurance company’s costs go up, it can pass those costs onto you.

Insurance myths persist because insurance is complicated and, sometimes, it’s not always clear to consumers how rates are set.

“[Companies] all consider your driving history and demographics, but they all do it a little bit differently,” Hands said. “They’re trying to balance their risk so they don’t have too many drivers who fit one profile – that’s why no two insurers will rate you the same way.” 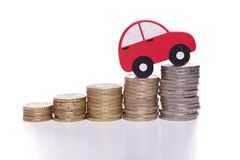 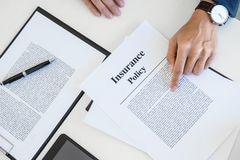