When we talk about road safety, shouldn’t we be talking about driver training and skills? As a mom who just went through the driver training process with a young adult, I do not see any progression of skills training to match new car technology, changing road design or higher speed limits. In Ontario with the current system, a teenager can obtain their G2 licence without ever driving through a winter of changing weather conditions. – Dana, Welland, Ont.

“Most of our tests in Canada are sign recognition and the rules of the road,” said Anne Marie Hayes, president of Teens Learn to Drive, a non-profit that promotes driver education. “They don’t look at the intricacies of sharing a road with other vehicles.”

In Canada, Quebec is the only province with mandatory driver education for new drivers. It requires you to take a course at a private driving school with 24 hours of theory classes and 15 hours of driving with an instructor.

In the rest of Canada, plenty of people skip driver’s ed., Hayes said. In 2019 in Ontario, for instance, 62 per cent of new drivers didn’t take formal driver education.

While the rules vary outside Quebec, typically, new drivers can get a learner’s permit after passing a multiple-choice test.

These days, you don’t have to pore through the driver’s handbook – or understand what you’re reading – to pass the test, Hayes said.

“Young people tell me they do a series of practice tests online to prepare themselves,” Hayes said. “No one has ever said that they’ve read the driver’s handbook.”

The handbooks and tests in most provinces focus on basics. Several other countries, including Germany and Sweden, have mandatory classroom instruction and tests that focus on driving risks – including stats on crashes and impaired driving – and situations drivers will face on the road.

“Test questions there are not just ‘What does this sign mean?’” Hayes said. ”It’s a photo of an actual scenario on the road and it asks what you should do.”

In most provinces, there aren’t stringent requirements on who you can drive with once you have a learner’s permit, as long as they have a full, valid driver’s licence.

In Ontario, for instance, that driver has to have had a full Class G licence for at least four years.

“You might be driving with someone who doesn’t know the rules or they may pass on bad habits or misinformation,” Hayes said.

Also, cars have changed a lot. If you’re learning from someone who learned to drive 20 or 30 years ago, they may not know how to properly drive with ABS brakes, for instance, Hayes said.

There are some restrictions with Ontario’s G1 learner’s permit.

For instance, you can’t go on 400-series highways unless you’re with a licensed driving instructor, Hayes said.

To get Ontario’s G2, which lets you drive without supervision but still has some restrictions, you have to pass a road test.

“Their friends tell them to book their road test on a Friday because the testers are always running late – so your test is really short,” Hayes said. “Then, they’ve got their G2 and they can fill up a car with their friends and go onto the 401 without ever having driven it before.”

The focus on passing a road test means that some G1 drivers might never encounter the situations they’ll face when alone – including driving on the roads where they actually live.

“People are booking road tests several hours away from where they live in little towns that may have one traffic light,” said Angelo DiCicco, special project manager at the Ontario Safety League. “That is cheating in my mind – if you’ll be driving in Toronto, you should be going for a road test there. And, with a backlog of 400,000 road tests in Ontario right now, it’s stealing a spot from somebody.”

That road test shows how you drove for those eight to 10 minutes near the testing centre – but not how you’ll handle unexpected situations on the road, DiCicco said.

How do we make sure that drivers know how to drive?

“I think the whole system needs to be changed,” Hayes said. “I think we should follow Sweden’s model, where driver education is mandatory for everyone.”

DiCicco thinks road tests could include a winter driving component – which might require you to pass separate tests in the winter and summer, or one test on a slippery track.

That might not be feasible any time soon in Ontario’s privately run testing system, especially with so many tests delayed by the pandemic, he said.

Plus, since it’s not just new drivers who lack skills and knowledge on our roads, a bigger overhaul might be needed, DiCicco said.

For instance, maybe all of us should have to take a test every five to seven years to keep our licences.

“I think that might be a reasonable time to revalidate a skill set for the most dangerous thing you’ll do every day,” DiCicco said. “Would you fly in a plane where the pilot hasn’t been recertified in the last five years?” 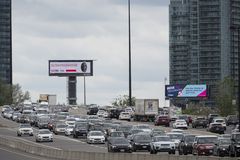 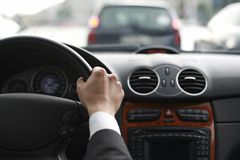 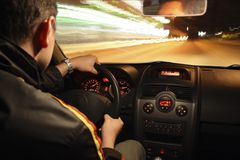