The newly re-elected Liberal party wants you to buy a clean car, and soon. Whether the Trudeau government’s new plan does enough to ensure you – and everyone else in the country – are buying only clean cars by 2035, is a question that puts drivers at the heart of a heated policy debate.

The Liberals campaigned on a platform that includes a zero emissions vehicle (ZEV) mandate. It requires that half of all new light-duty vehicles purchased in 2030 be some kind of ZEV – either an electric, hydrogen, or plug-in hybrid vehicle. By 2035 that target ratchets up to 100 per cent. California, B.C. and Quebec already have ZEV mandates. The U.S. has the same 2030 sales target, but it’s not mandatory.

To encourage everyone to buy clean(er) cars, the Liberal platform offers drivers some carrots and sticks. The government will spend an addition $1.5 billion on an expanded iZEV rebate program, which gives consumers discounts on selected new and used ZEVs. (There are no details yet on how the rebates for used ZEVs will work.) The Liberals will also spend an additional $700 million to create 50,000 new electric and hydrogen vehicle charging stations. The stick is the federal carbon price, which will make gas increasingly more expensive over the decade, tipping the total-cost-of-ownership calculation (for drivers who do the math) in favour of ZEVs sooner rather than later.

That’s the plan, but the question is whether this combination of carrots and sticks, combined with the new ZEV mandate and existing policies like fuel economy standards, will sweeten the deal on clean cars enough to meet the 2030 and 2035 sales targets. For all the projections, it’s a bit of a guessing game. Top car companies executives aren’t sure which vehicles they’ll be selling where in 10 years. Some experts say the government is doing too much, others say it’s not enough, while others think it’s just right.

Bruce Cheadle, spokesperson for environment and climate change Canada, said the devil is in the details and the details of the ZEV mandate still need to be worked out. “Basically, you have to set a target,” he said. Now comes the hard work of figuring out how to meet it. “There’s going to be legally binding process for ratcheting down our fleet emissions,” Cheadle said.

Change has been slow. Less than four per cent of new light-duty vehicles sold last year were ZEVs.

In a preliminary report from June – which didn’t take into account many of the new policies the Liberals campaigned on – Transport Canada projected ZEVs would only make up a meagre 21 per cent of new vehicle sales by 2030. (Most projections from other sources in the report range from roughly 15 to 25 per cent.)

In short, what governments and the auto industry had been doing until now was too little, too slow, to meet our climate targets.

Getting ZEV sales to a 50 per cent market share by 2030 is a big leap for the auto industry, especially when you consider the five-to-seven year model cycle of a vehicle. A new car launched today could still be in showrooms, relatively unchanged, in 2028.

Ben Sharpe, Canada lead for the International Council on Clean Transportation (ICCT), an independent research organization, was encouraged by the Liberal policies that addressed both the supply and demand sides of the ZEV issue. Extending the consumer rebate program will be important for meeting the 2030 target, he said. In the next few years, electric vehicles are still going to be relatively expensive to buy. (Getting the full $5,000 rebate on, say, the $44,000 Hyundai Kona Electric makes spending what is still a lot of money for a small car at least somewhat palatable.)

Neither Sharpe, nor Cedric Smith, a senior analyst at the Pembina Institute, could be sure at this admittedly early stage whether the federal plan would be enough to hit the 2030 ZEV sales targets, but both liked what they saw.

More details need to be filled in, but Cedric Smith did say the ZEV mandate is important for addressing a supply shortage, putting more electric and plug-in vehicles in Canadian showrooms. Since Quebec adopted its own such mandate in 2016, the percentage of ZEV models available in California – a top ZEV market – that are now also available in Quebec increased from 66 to 92 per cent, the Pembina Institute noted.

The Global Automakers of Canada (GAC), a national association representing 15 major car companies, was less enthusiastic about the new Liberal plan. Proportionally, the Biden administration has proposed spending a lot more on consumer rebates and infrastructure than the amounts offered in the Liberal platform, said David Adams, spokesperson for GAC.

In order to meet the same 2030 ZEV market share target as Canada, Biden is offering a bigger carrot to sweeten the deal for American drivers. A $7,500 tax credit ($9,600 in Canadian dollars) is available on new ZEVs, and there are plans to raise the credit to US$12,500 on certain models. A key difference though is that the U.S. doesn’t have a national carbon price, a policy that (among other things) incrementally raises the price of gas. So, the total-cost-of-ownership calculation for U.S. drivers might rely on those higher incentives to tip the math in favour of ZEVs.

David Adams went on to say, “[the ZEV mandate] is addressing a problem that’s already been resolved.” Between GAC’s 15 auto makers, they will offer 130 different ZEV models in Canada by 2025, he said.

Mark Jaccard, a climate economist and professor at Simon Fraser University, is a strong proponent of ZEV mandates. A well-designed ZEV mandate alone – without the government’s $1.5 billion in consumer rebates – is enough to reach the 2030 sales targets, he said.

“A ZEV mandate is an obligation on the industry, so you don’t need any government money whatsoever,” Jaccard explained. If the penalties on car companies not meeting the targets are severe enough, the companies themselves will find ways to get more people buying ZEVs. For example, auto makers could raise prices on vehicles that can bear it and use that money to sell mainstream plug-in hybrids or electric vehicles at lower prices, he explained. The basic idea goes by various names: cross-subsidization or feebates. But, of course, many car companies would likely argue vehemently against such a policy. While the government is hashing out the details of its new zero emissions vehicle initiatives, it’s worth remembering that everything we’ve done over previous decades has failed to do its one job. Total climate-change causing pollution from light-duty trucks and cars has increased since 2005, according to Canada’s latest greenhouse gas inventory. Pollution from the transportation sector, which accounts for nearly one quarter of the country’s total emissions, is only increasing.

There’s an urgency to this as any eighth-grader will tell you. The path to net zero by 2050 is narrow and staying on it means a massive deployment of clean-energy technologies, including ZEVs, by 2030 according to the International Energy Agency. Drivers should buckle up, because what car you buy is going to be a hot topic of political debate in this decade.

Opinion
As a matter of safety, it’s about time for a law requiring automatic tail lights at night
Subscriber content
September 13, 2021 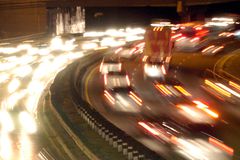 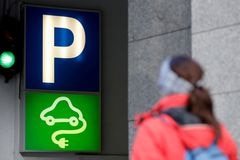 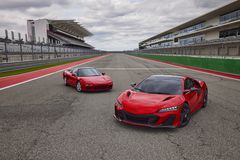