Route 66 is gone, buried under the asphalt of more than 3,000 kilometres of interstate. These days, you can drive from Chicago to Los Angeles in less than a day and a half if you stop only for gas and fast food, and it’s quicker to go through Colorado than the traditional route through Missouri, Kansas, Oklahoma, Texas, New Mexico and Arizona.

In 1926, though, when the existing dirt and concrete roads were strung together to create one of America’s first national highways, it took at least a week to cover the distance and probably twice that. Those original roads were straightened and widened and eventually bypassed altogether until Route 66 was finally improved out of existence in 1985, replaced by I-55 and I-40.

But like Elvis and James Dean, America’s Mother Road refuses to die. Route 66 evokes rose-tinted memories of a time when when gas cost 30 cents a gallon and “no-tell” motels blazed Vacancy in neon; before chain restaurants and big-box stores, in the heyday of Mom and Pop shops. It symbolized a journey in John Steinbeckʼs Depression-era novel The Grapes of Wrath and was immortalized in the 1940s song (Get Your Kicks On) Route 66 and the 1960s TV show named after the highway. The year after the animated movie Cars was released in 2006, tourist traffic along the road increased by 30 per cent, according to the Oklahoma Route 66 Association.

“Simply put, it’s real,” says Jim Hinckley, author of The Route 66 Encyclopedia. “We live in a very generic time when everything’s fluff, impersonal and cookie cutter. On Route 66, all this stuff is real.”

So last month, I set off from Chicago in a Nissan Kicks crossover on Route 66 to figure out why it matters.

In Canada, we have an equivalent road in the Trans-Canada Highway. The federal-provincial highway system was built at the same time as the U.S. interstate system to help unify the country and provide swifter travel across the country. It’s more of a business road than a tourist draw, but Canada’s cross-country route also plays host to motels and diners, with less neon and less nostalgia.

Over the past 60 years, the route of the Trans-Canada Highway has been straightened and widened, shortening the length of the highway and sometimes leaving the original sections to one side or the other – old roads going nowhere, overgrown by brush. Route 66 is no different. On many stretches, the old highway runs alongside the interstate and is used as a frontage road for access to driveways and country lanes. Sometimes, there’ll be Route 66 from the 1930s on one side of the interstate, and Route 66 from the 1950s on the other side.

Often, the old highway branches off into the countryside and ends at nothing, perhaps a farmer’s field or a collapsed bridge. There are some people who take pride in driving whatever remains of the old road. They estimate all but maybe 10 per cent of the original road can still be travelled. My guide on this journey, Dave Clark, once spent nine days with his wife trying to drive every inch just in their home state of Illinois.

“It’s a metaphor for the open-road experience of America,” says Clark, a self-described “highway historian” and the author of three books related to Route 66. “It’s how it resonates with our lives today. History only comes to life if you can relate to it.”

Clark lives in Chicago, where the Mother Road begins, and we’re taking a week to drive west in several different Nissans along as much of the highway as we can find the time for. Even so, the December days are short and, despite skipping towns and recommended stops, we never pull off the road until long after dark. To see everything that really matters, you need two weeks.

It may be real, but there’s a lot of kitsch. Like, a lot. Route 66 might be a metaphor, but it’s also a marketing gold mine.

Some towns, such as Gardiner, Ill., and Seligman, Ariz., display Route 66 signs or even exhibits at seemingly every gas station, diner and motel. It’s a suggestion that the quality and service will be just as it was in the Good Old Days. There are dozens of privately run museums along the way that cater to tourists’ nostalgia, some with valuable classic cars and others with just junk. There are countless keychains, T-shirts and fridge magnets to be bought en route.

Alongside the kitsch, there are also scores of abandoned motels and gas stations – the places that just couldn’t make a go of it once the road was bypassed by the interstate. In northern St. Louis, the original route passes dozens of city blocks of decay and desolation, with the occasional light on a house porch and, once, a lit Christmas wreath on a door surrounded by darkness. “You see some of the decay, but you also see revival,” says Rhys Martin, president of the Oklahoma Route 66 Association. “Taking Route 66 presents an opportunity to slow down and appreciate a pace of life that’s sometimes hard to get a hold of these days.”

It’s an easy drive in today’s cars. On the bumpier sections of concrete, the “zero-gravity” seats of the Nissan Murano kept everything comfortable, and on the straight stretch through the Texas panhandle, the Nissan Altima practically drove itself with its semi-autonomous “ProPilot Assist.” Some tourists prefer a different experience. “I met a gentleman who was taking an old Model A truck down the length of Route 66 in August, with no air conditioning, and I don’t think I could handle that,” Martin says. “These days, you get to take the road, see what things used to be like, and gain an appreciation for the way things are now.”

Like the country itself, Route 66 also has a dark and divided history. For much of its existence, African-Americans needed to consult the Negro Motorist Green Book before travelling, to plan ahead for the few diners and gas stations that would provide them with service. Near Luther, Okla., is a gas station that was opened in 1915 and once operated by the Threatt family, descended from freed slaves. It’s been closed since the 1960s, but is now on the National Registry of Historic Places, and the family, which still owns the property, hopes to restore it as a Route 66 museum.

Today, there are only a few places where the old route strays far from the interstate, or where it stands out as something original. At Devil’s Elbow, southwest of St. Louis, the little-used road widens to four lanes, divided and curbed, slicing through the deepest rock cut of the time to help supply a nearby army base. From Seligman to Kingman, Ariz., the road loops 40 kilometres away and hugs the hills, with old-fashioned Burma-Shave signs posted in sequence beside the highway (“If daisies are … your favorite flower … keep pushing up … those miles per hour.”) And in California’s hot Mojave desert, Roy’s gas station in the empty town of Amboy still pulls in tourists looking for a shortcut between Palm Springs and Vegas.

Unlike our own Trans-Canada, which in some areas is still the only route to important communities, there’s always a faster alternative to Route 66. In Canada, we need to appreciate this. After all, as author Michael Wallace observed in Route 66: The Mother Road, the old road went with the land, while the interstates went through the land.

“There’s a connection across generations and it’s the story of transportation and movement,” Clark says. “One thing leads to another and now here we are. It’s cultural history. It’s the story of America.” 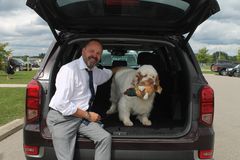 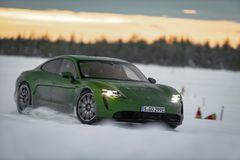 Getting lost is half the fun of a road trip – especially when in Piedmont
August 20, 2019 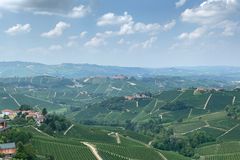