Calgary and Milwaukee are two different cities in many ways, but now their biggest divergence may be in their attitudes toward dock-less electric scooters.

Milwaukee Mayor Tom Barrett this month froze his city’s pilot program just weeks after it launched, denying licenses to new providers and turning down a request from existing operator Lime to expand its fleet beyond 500 scooters.

Barrett cited more than a hundred complaints, many of which were from elderly people or pet owners who felt disconcerted or alarmed by scooter riders zipping by them on sidewalks. He has threatened to cancel the project unless both riders and companies do a better job of being conscientious of pedestrians.

Calgary’s pilot similarly launched in July, but it is proceeding apace. San Francisco-based Lime and Santa Monica, Calif.-based Bird have rolled out 1,000 and 500 e-scooters, respectively.

So far, Calgary is reporting that the experiment has been more successful than expected. Users went on more than 100,000 rides over the pilot’s first two weeks, matching a total that took six months to achieve with e-bikes when they launched last year.

GPS-tracked e-scooters are the latest trend in micro-mobility, allowing smartphone users to find and rent them for short jaunts. The scooters generally require a small upfront payment, followed by a few cents per kilometre ridden. Once done with them, users can park the scooters wherever they like, leaving them to be picked up by the next nearest rider.

Operators have attracted huge funding from investors, who are betting on them becoming the next Uber or Lyft.

Lime and Bird, two of the bigger players among more than a dozen, were each valued at over US$2-billion each earlier this year.

E-scooters have proliferated into cities around the world, but Canada has taken a more cautious approach. Lime launched a pilot in Waterloo, Ont., last fall, Montreal is on the verge of beginning a trial and Edmonton is expected to follow closely. Calgary is the first to allow a large-scale rollout.

Unlike Milwaukee and many other jurisdictions, Calgary is allowing e-scooters on sidewalks, at least during its pilot, which lasts until November and then resumes in the spring. Most cities restrict riding to bike lanes or roads.

Alberta has given its cities the go-ahead to allow e-scooters on roads, but Calgary officials think that may be too dangerous for users.

“The one issue with that is we don’t have a complete [bike path] network,” Sedor says. “So do you go with the 50-plus-kilometre-an-hour environment [on roads] or the zero-to-10 [sidewalk] environment?”

Few observers expect city officials will continue to allow sidewalk riding after they begin their initial assessment of the pilot later this year, but they also don’t expect the sort of harsh action seen in Milwaukee.

“It’s short-sighted, a knee-jerk reaction,” says Jennifer Dean, a professor at the University of Waterloo’s school of planning who is currently assessing that city’s pilot for officials.

She doubts Waterloo will allow scooters on sidewalks, but that will likely create a crunch for space given that Ontario doesn’t yet allow them on roads. The province would have to make a special dispensation, as Alberta has.

Whatever happens, roads and sidewalks are becoming increasingly busy, with a host of new transportation modes and stakeholders competing for real estate.

E-bikes and e-scooters are now jostling for space with regular bicycles in bike lanes, as well as on sidewalks for parking. Joining them there are electric vehicle rechargers and, likely soon, street-level cabinets for 5G wireless networks.

They could also be joined by automated delivery robots, such as those being tested in San Francisco by the Postmates parcel service.

One of the main purposes of Calgary’s pilot is to assess where or if e-scooters fit into that competitive hierarchy. “It’s definitely to answer questions like that,” Sedor says. “It’s something everyone is trying to figure out.”

Scooter providers are confident they’ll fit in, once they – in conjunction with municipalities – figure out the hiccups, like whether or not scooters should be allowed on sidewalks.

“The loser in all of this is going to be the automobile,” says Stewart Lyons, chief executive of Bird Canada. 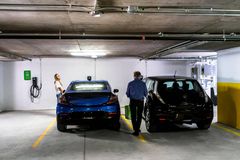 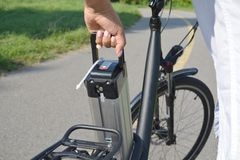 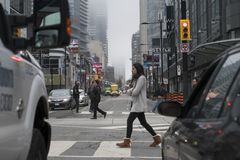