When it comes to ways to slow climate change, electric cars get a lot of press.

Canada wants 100 per cent of new vehicles sold to be electric by 2040. Last month, California announced it would ban the sale of new gasoline-powered cars by 2035.

But while electric vehicles (EVs) have a big part to play in efforts to meet international emissions targets, they’re “not a silver bullet,” researchers at the University of Toronto said.

“Electric vehicles alone won’t solve all our problems,” said Alexandre Milovanoff, a postdoctoral researcher in U of T’s department of engineering and lead author of a recent study. “We need to also look at other solutions.”

Mr. Milovanoff’s study looked at transportation emissions in the United States and predicted the number of EVs that will be needed to limit warming to 1.5 to 2 degrees Celsius by 2050.

“That’s not realistic,” Mr. Milovanoff said. “The most enthusiastic projections we could find predict about 50 per cent of cars will be electric by 2050, and that’s if battery costs go down.”

To put that in perspective, EVs currently represent only about 0.3 per cent of cars on U.S. roads.

And even if those lofty goals could be met, if nine out of ten cars in the road were an EV, it would strain the energy grid. Energy demand in the U.S. would increase by 41 per cent.

“To meet [climate-change] targets, we would need all that electricity to come from renewable sources,” he said. “That might be too optimistic.”

Plus, with that many EVs, there would be a surge in demand for lithium, manganese and cobalt – metals required in current batteries – that might potentially be difficult to meet.

While there may be technological improvements, including better batteries, that could make a faster switch to EVs possible, governments shouldn’t be putting all their eggs in the that basket, Mr. Milovanoff said.

Getting people out of cars?

There are other things governments can do to meet these targets in time, Mr. Milovanoff said.

For one, there needs to be a push to make gasoline-powered cars more fuel-efficient.

But a bigger part of the problem is that, as the population grows, the number of vehicles on the road is expected to grow by roughly 1 per cent every year.

So instead of getting everyone into an EV, we also need to find ways to get more people out of cars entirely, he said.

“We need more electric vehicles for sure, but we probably need fewer vehicles over all,” Mr. Milovanoff said.

There are ways to do that, including redesigning cities so workplaces, homes and businesses are closer together, and providing more transportation options, including transit and bike lanes.

“I’m not saying it’s easy,” Mr. Milovanoff said. “And it can’t just come from the government, it needs to come from us – do we really need to rely on cars for every single thing we’re doing?”

If there were even just slightly fewer cars on the road, we could meet the end-of-the-century targets without needing 90 per cent of all cars to be EVs by 2050.

“Even if we were to reduce ownership and use slightly, by 0.2 per cent, then we would only have to electrify 50 per cent of the fleet by 2050,” Mr. Milovanoff said.

While the study focused on the U.S. because there was more data available there, the lessons apply to Canada, Mr. Milovanoff said.

“We have a high vehicle-ownership rate, and we prefer to drive heavy vehicles like SUVs that are less energy efficient,” he said. “That needs to change.” 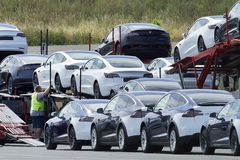 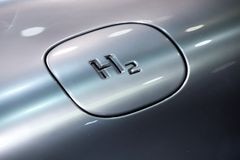 What the rest of Canada can learn from Vancouver’s dedicated bike lanes
Subscriber content
September 9, 2020 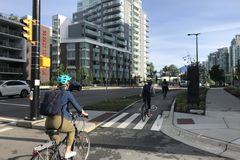