If size really does matter, then it can only be a good thing for Fiat Chrysler Automobiles to merge with Peugeot, as the two automakers announced Thursday. Both need each other, and badly. FCA needs to electrify its fleet in a hurry, and Peugeot SA Group wants to return to North America. This should be a marriage made in heaven.

To simplify things, if a US$50-billion arrangement could ever be simple, the rumoured deal is for a straightforward 50-50 swap of shares, so neither company will be able to lord it over the other. FCA’s John Elkann is expected to become chairman, while PSA’s Carlos Tavares will be CEO. When combined, the new partnership will create the world’s fourth-largest automaker by revenues, selling (a hoped-for) 8.7 million vehicles each year.

“The merged entity would bring together the companies’ extensive and growing capabilities in the technologies shaping the new era of sustainable mobility, including electrified powertrain, autonomous driving and digital connectivity,” said a press release from the two companies Thursday.

Opinion: A monster French-Italian-American car deal that might only slow inevitable decline

If that’s the focus, it’s FCA that stands to gain the most. It was itself formed as a partnership 10 years ago, when Fiat’s Canadian-Italian boss Sergio Marchionne bought near-bankrupt Chrysler and created Fiat Chrysler Automobiles. This paved a way for bringing Fiats into North America and created design and engineering synergies between the sexy but bloated Italians and the powerful but getting-left-behind Americans. FCA now includes the highly profitable Jeep and Ram brands, as well as the less-interesting Dodge and Chrysler brands, and the exotic but niche Alfa Romeo and Maserati.

See any electric cars in there? Nope. There’s an electric Fiat and a PHEV Chrysler minivan, but that’s about it. Last month, FCA acknowledged that it faces a US$77-million fine from the American government for not complying with emissions and consumption regulations that are only growing stricter. It’s been buying hundreds of millions of dollars of credits from Tesla to help pay these fines, enriching its upstart competitor by doing so – and that’s just in the U.S. Globally, the sum of the fines is estimated at 10 times higher.

Electric-vehicle research and development is spectacularly expensive, and clearly, FCA is late out of the gate. It’s the larger of the two companies, selling almost five million vehicles compared to PSA’s nearly four million, but the 50-50 deal is easily worth it.

FCA saw the writing on the wall years ago. Marchionne tried to set up a partnership deal with General Motors, but that fell through. Instead, GM sold Opel and Vauxhall to PSA, which streamlined them under thrifty boss Tavares to make them profitable. Opel and Vauxhall build the Ampera, which is the European version of the electric Chevy Volt, and the all-electric Opel Corsa-e debuted this fall at the Frankfurt auto show.

Marchionne died last year, and FCA then tried for a deal with Renault, but that fell through after the arrest last November of its high-profile chairman, Carlos Ghosn. Renault is already in an alliance with Nissan, and its French government stakeholders were gunshy about any new partnerships.

Tavares has been sniffing around FCA since he left Renault five years ago to take over as chair of Peugeot SA. Back then, Peugeot was on the brink of collapse, held back by union demands and massive infrastructure costs, just like Fiat before Marchionne stepped in to turn it around. And for his part, Marchionne would love this new deal. FCA has the most to gain and knows it; its shares jumped in trading Thursday by 10 per cent, while PSA’s shares dropped by about the same. After all, less than two months ago in Frankfurt, when Tavares was asked about a marriage with FCA, he told reporters that “we don’t need it.”

It turns out he was just playing hardball. At the same time, he said the global auto industry faces “10 years of chaos” thanks to tough regulations and a general slump in sales. Peugeot also owns Citroen and DS, and Tavares has a reputation as a taskmaster who turns automakers around by finding efficiencies. The new partnership with FCA is estimated to eventually save more than US$4-billion a year through shared costs, but unlike Marchionne’s previous turnaround, no assembly plants are threatened to close.

Clearly, Peugeot wants to save money through cost-efficiencies, but if it can use FCA to expand its sales into North America, so much the better. That should be worth the 32-per-cent premium that analysts estimate PSA paid in agreeing to a 50-50 split, once all the shares and dividends are distributed.

It’s a bit of a shotgun wedding for both sides, but all the guests are cheering. And that sound off to the side? That’s Sergio Marchionne doing fist pumps. 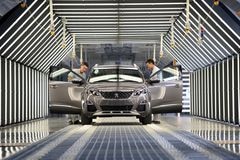 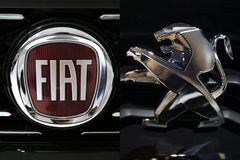 Opinion
A monster French-Italian-American car deal that might only slow inevitable decline
October 31, 2019 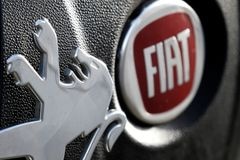