Plenty of Canadians are having charged conversation about the next car they buy.

“In an Ipsos survey commissioned by Toyota Canada this month, 36 per cent said they’d seriously considered buying a more fuel-efficient vehicle, “including a hybrid, plug-in hybrid or fuel cell vehicle” (Toyota doesn’t make a battery electric vehicle yet) – and 52 per cent said they’re likely to buy one in the next five years.

But “electric vehicle” can cover plenty of ground. Let’s look at the different types.

David Suzuki bought the first Prius – with a 1.5-litre four-cylinder gas engine and an electric motor – sold in Canada in 2001. Within a decade, nearly every car maker had a hybrid.

Positives: Since the gas motor charges the battery, you don’t have to plug them in. They generally deliver better fuel economy than a comparable gas car, depending on how you drive them. For instance, the Hyundai Ioniq Hybrid gets a reported 4.3 litres/100 kilometres (combined city and highway) and emits 104 grams of CO2 for each kilometre, while a Honda Fit, gets 6.5 litres/100 km and emits 151 g/km of CO2. They’re cheaper than electric vehicles – an Ioniq Hybrid costs $24,399, compared to $37,899 for the electric. And, they’ve proved themselves to be reliable.

Negatives: On the road, you’re rarely getting zero-emissions driving. Some will stay in electric-only power at low speeds, as long as the battery is charged. Some also give short bursts of pure-electric power at higher speeds, too – but in some that will only take you half a block, or less. They don’t get rebates (Quebec had a $500 rebate that ended with the 2017 model year).

These are, well, hybrids with a battery you can charge by plugging it in.

Positives: “In some ways, they’re the best of both worlds because, for a daily commute, 95 per cent of people driving will be able to use the battery only,” said Neil MacEachern, program manager, sustainable transportation for the Fraser Basin Council. “Then you have gas as a backup for longer trips.”

There are more and more PHEVs available. Depending on the list price and battery size, a few even qualify for the maximum rebates: $5,000 federally, $5,000 in British Columbia and $8,000 in Quebec.

Negatives: Some cars won’t take you that far on electric, even after hours of charging. For instance, the Mini Cooper Countryman just gives you a maximum of 19 km of electric range – but others fare better (the Chevy Volt has a maximum 85 km range). And, some PHEVs still allow the gas engine to kick in at certain speeds, with heavy acceleration or if the heater is on – so you’re not always getting zero emissions in EV mode.

They run purely on a battery – so there are zero emissions when you drive them.

“On the whole, a battery electric car of reasonable range will, over the lifetime of the vehicle, have the largest benefit to the environment because of reduced emissions over other types of vehicles,” MacEachern said. “Even if you live somewhere with a dirtier grid [coal or natural gas]."

Positives: Not only do they not pollute, but they’re cheaper to fuel. A recent BC Hydro survey found that charging a BEV in B.C. costs the equivalent of about 25 cents a litre. They’re also cheaper to maintain – you don’t need oil changes.

Plus, they lose range when it’s chilly, although that probably won’t affect most drivers. And charging takes time: If you’re plugging in at home into a normal 120-volt outlet, you’re generally only getting six or seven km of range an hour. “That’s enough for most people,” MacEachern said

Fuel cell cars are electric, but you don’t have to charge them. You fill them up with hydrogen and they emit water.

Positives: “It has a 500 km range – you go to a station, it takes three to five minutes to refill,” said Mitchell Foreman, director at Toyota Canada, talking about Toyota’s Mirai. “You’re not changing your regular driving habits.”

Negatives: Right now, there are only two public hydrogen stations in Canada – one in Vancouver and another in Quebec City – although there are plans for six more in B.C. and for stations in Montreal and Mississauga.

And, some ways of producing hydrogen (using methane, for instance) and transporting it (such as carrying it on diesel-powered transport trucks) create emissions. But, it can also be produced locally by electrolysis using just water and electricity.

There’s also a public perception that hydrogen is unsafe (you may have heard of the Hindenburg). But Toyota said the tanks are tough (“They shoot them with ballistic missiles,” Foreman said) and, in a crash, the hydrogen disperses into the atmosphere. 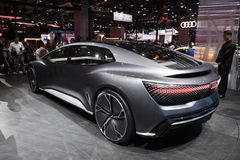 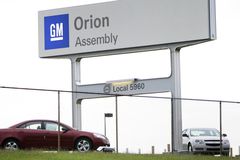 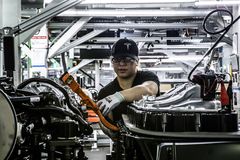