It’s a huge leap, even for a company as big as Ford: The Mustang muscle coupe is now available as a four-door, all-electric SUV. But is the Mach-E, which debuted at the Los Angeles Auto Show on Sunday night, really a Mustang?

Bill Ford says it is. It’s very different from the original, next-generation all-electric vehicle that was based on the Ford Escape and designed to be built on Ford’s new architecture. “That excited nobody,” the chief executive officer of the Ford Motor Company says.

Then, the company’s designers approached Ford with a concept that was very “Mustang-like.”

“I said no, I don’t want to hurt the brand, and this is not going to be a Mustang,” he says. “But then as it evolved, and I started to see the performance characteristics – not just the zero-to-60 but the handling dynamics and the driving dynamics, and the styling kept evolving – at some point I realized, yeah, this is a Mustang.”

Many muscle-car fans will disagree, but it’s too late for that. The Mach-E debuted on Sunday, and Ford says it’s part of the Mustang family.

There have been rumours for a while of an electric Mustang in the works, as there are for almost every vehicle these days. And Ford already made an appearance at the Specialty Equipment Market Association show in Las Vegas earlier this month with an electric coupe concept. Nobody expected the Mustang to re-emerge as an SUV, although it makes sense, given Ford’s abandonment of most of its production cars and its focus on more popular – and profitable – SUVs and trucks.

The Mach-E is an all-electric SUV, more of a squat crossover than a true off-roader. It shares several design cues with its iconic coupe namesake, including a long hood, aggressive-looking headlights and wide haunches over its rear wheels.

When it comes on sale in Canada at the end of next year, the least expensive Select edition will cost $50,495 (before taxes, but also before any provincial and federal rebates), rising through four separate trim levels to the GT Performance edition, which will cost $82,995. There will be rear-wheel drive and all-wheel drive versions, as well as regular battery and (heavier) extended-range battery versions.

The slowest to drive will be the RWD extended-range Mach-E, which has a 98.8 kilowatt hour battery and will have a zero-to-100 km/h time “in the mid-six-second range.” However, it will have the longest range, at about 475 km. The shortest range will be the regular 75.7 kWh battery AWD, with an estimated range of about 325 km/h.

The costly GT Performance is in a class of its own, with a zero-to-100 km/h time in the mid-three seconds. It will make about 459 hp and 612 lb-ft of torque. All of Ford’s numbers are not yet final, since the Mach-E is still a year away from production.

In simpler terms, Ford says the most basic Mach-E is comparable to a Porsche Macan, while the GT Performance is right up there with a Porsche 911 GTS.

It is a particularly clever vehicle, built with a consolidated computer system of basically three CPUs that allows easy software updates while plugged in, like Tesla does. It will have the next generation of Ford’s SYNC connectivity, which allows more intuitive interaction between the car and its driver. (Like to work out on a Monday? The car will remind you of this and suggest the least congested route to the gym.)

Perhaps most important, the Mach-E has a fast-charging system that allows for a quicker charge – its peak charging rate of 150 kW will add about 75 km of range in 10 minutes when plugged in to a level-three fast-charging station. At a more common level-two 240-volt outlet, it will charge at about 35 km per hour.

And under the hood, which is traditionally where everything counts for a Mustang? Now there’s a “frunk,” a front trunk similar to a rear-engined Porsche, with enough space for an airline carry-on bag. “And because it’s drainable,” the Ford news release says, “customers can easily pack it full of ice and keep their favorite beverages cold – perfect for that pre-game tailgate or trip to the beach.”

The Mach-E is a serious and very accomplished vehicle. Is it really a Mustang? We’ll find out in the next year or so.

Car Review
Don’t call it a Tesla rival - there’s nothing quite like the Polestar 1
November 6, 2019 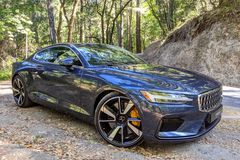 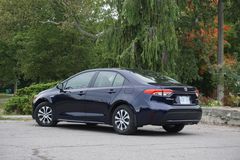 Nissan gives a glimpse into the future, but with caution
Subscriber content
October 28, 2019 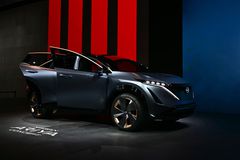