Today’s news that General Motors plans to be carbon neutral by 2040 is a big deal, and it’s “A Good Thing.” But it’s mostly just good marketing. If GM can step up to the plate with President Joe Biden just as he’s signed America back to the Paris Agreement on Climate Change, then it’s a demonstration of unity that puts the auto maker front and centre on the world stage.

And after all, it was going to happen sometime anyway, given the punitive legislation from governments around the world against gas-powered vehicles.

Many auto manufacturers have made similar statements in the last year, though GM’s is perhaps the most lofty due to its sheer size. Germany’s Daimler is aiming with its “Ambition 2039” project to beat GM by a year. Volkswagen was quick to set a target date of 2050 for carbon neutrality – though it had to do something big for the environment to help scour away the stain of its Dieselgate scandal. Around the same time, Volvo set the earlier date of 2040 for carbon neutrality across its fleet, while Ford set the more realistic 2050 target last summer, breaking away from the policies of the Trump administration to do so. Just this week, Nissan made the same commitment.

Carbon neutrality across all operations is no easy thing to achieve. It means that in any given period, “anthropogenic CO2 emissions are balanced globally by anthropogenic CO2 removals,” according to the Intergovernmental Panel on Climate Change. In other words, if a car produces one kilo of emissions anywhere from cradle to grave, then the manufacturer has to make sure that something else removes an additional kilo of those emissions from the air.

The simplest way to start doing this is to build electric vehicles that produce no emissions, but the manufacturing and final disposal of those vehicles must also be taken into account. Power for the assembly plants should come from renewable sources like solar or hydro, as BMW and Porsche and others already provide for the building of their electric vehicles.

Within hours of the announcement from General Motors today, the New York Times reported breathlessly that GM “would phase out petroleum-powered cars and trucks and sell only vehicles that have zero tailpipe emissions by 2035,” but its journalist missed the magic word from the press release. Yes, GM plans to become carbon neutral in both products and operations by 2040, but it’s sticking to “an aspiration” to eliminate tailpipe emissions from all light-duty vehicles by 2035.

I don’t know about you, but I “aspire” to win the lottery someday, and I’ll work hard at it by buying a ticket whenever I remember to do so. Doesn’t mean I’m going to win or even come close, though.

We’ve all got to have targets and GM’s is as laudable as all the others. It’s now committed to sourcing all of its U.S. power from renewable energy by 2030 and globally by 2035, moving five years ahead of its previous global goal. It’s investing $27-billion (U.S.) in the development of electric and autonomous vehicles over the next five years – up $7-billion (U.S.) from before. By the middle of this decade, 40 per cent of the company’s models in North America will be available as battery electric vehicles.

This is great, but read with me between the lines here. Just because the models are offered doesn’t mean anyone will buy them, at least not until they’re priced competitively with gas-powered vehicles, and charging is quick and easy. True carbon neutrality only comes when the vehicles are plugged into chargers that use renewable energy. GM is partnering with EVgo in the U.S. to add thousands of fast chargers that use only renewable energy, but when your car is plugged into your home at night, it’s up to you where that power comes from.

And when the “aspiration” to eliminate all tailpipe emissions by 2035 falls short? GM’s got that covered: “To account for the expected remaining carbon emissions, GM expects to invest in carbon credits or offsets,” it says. “The company recognizes that offsets must be used sparingly and should reflect a holistic view of mitigating the effects of climate change and helping people thrive around the world.”

We’ve got to start somewhere, and this is a very encouraging and hopeful progression of something that actually started years ago. It’s also a very pragmatic progression, considering General Motors wants to play ball with President Biden’s climate agenda, and governments around the world, including here in Quebec and British Columbia, are penalizing the sale of gas-powered vehicles.

I wish all the auto makers the best in their clean-up goals. After all, we need a cleaner planet, and they really don’t want to have to buy too many credits from Tesla in the coming years. Elon Musk doesn’t need the money. 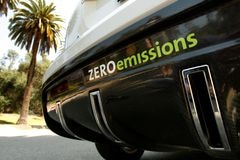 Qualcomm to supply General Motors with ‘cockpit’ chips for next generation vehicles
January 26, 2021 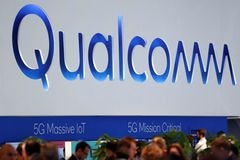