My last track session of the day under the punishing desert sun ends ingloriously. The driver coach in the right seat urges me over the helmet intercom to complete another lap. He’s unlocked something in my approach to a certain corner, some proclivity that he wants to correct before the sun sinks too low at the Thermal Club.

But the thought of spending another second behind the wheel of the McLaren 720S has my stomach waving the proverbial black flag. I don’t even make it down pit lane; my condition forces me to park to the side of the pit entrance in a run-off area. I shut the McLaren down, climb out and walk over to the Armco barrier that borders the track. Pulling my helmet off, then my balaclava, I lean over the edge of the guardrail and unleash a torrent of sickness.

But, no, the embarrassment doesn’t end there.

Stomach settled a degree, I turn back toward the 720S to see that an emergency services vehicle has pulled up. Then an ambulance arrives. Moments later, I’m surrounded by three men inquiring about my state of being. One of them hands me a bottle of water. “I’m okay,” I say, my words apparently holding no sway. “Let’s put you in the ambulance and check you out,” one of the EMTs says. “You know, just to be sure.”

Pure McLaren is a driver-training curriculum targeted at everyone from the absolute beginner to the budding race driver. The courses have been offered in Europe since 2011, after the release of the McLaren 12C, the brand’s return to road car production. The courses started in North America just last year.

Unlike some other driver-training systems, the courses and levels are consistent from one country to the next. Also, whenever possible, customers are paired with the same driving coach as they progress from one level to the next and from one country to another. In this way, the focus is squarely on the driver-coach relationship, setting the stage for rapid progress.

For this day in the desert, the plan was to enter with an open mind and a clean slate. The plan was to strip away bad habits and push myself (and, hopefully, the 720S) to the theoretical limits. The plan did not, in any way, shape or form, incorporate violent motion sickness.

Ironically, earlier in the day, in a debriefing session with my coach, former Le Mans winner Ralf Kelleners, we talk about our feelings associated with driving a 710-horsepower supercar on a technically demanding racetrack. As we study the video recording and the data traces from the first two sessions of the day, I’m intent on pinpoint accuracy.

“I’m losing a tenth here,” I declare, looking at the data from the slowest turn on the track. “Yes, but it’s only a tenth,” Kelleners counters. “That’s nothing. There’s more time to gain in other places.”

This is where the talk about feelings starts. One section of the track is a series of four connected turns with blind approaches and elevation changes that feeds into the final turn. Here, a sense of flow is critical to understanding when to push the car and when it’s better to let the car do its own thing unperturbed.

Driving a wildly advanced supercar close to its limits means more than just mashing the throttle at every opportunity. In fact, if this is your approach, you’re likely in trouble already. “If you do anything too aggressively with the car,” my coach warns, “that’s when the big moments happen.”

For me, the big moments do not happen when I’m at the controls of the 720S in the morning; rather, it’s when Kelleners shows me precisely what a 710-horsepower supercar can do with a Le Mans winner at the controls. I’ve been a passenger with professional drivers in the past and everything turned out just fine. But the ease with which he sends the McLaren hurtling over the curbs and the car’s prodigious cornering capabilities result in truly next-level turbulence.

This is how the morning ends, my stomach continuing to pull g-forces, even though all the cars are parked and our group is on a break for lunch. Then, the afternoon doesn’t get much easier. The 720S at my disposal is fitted with brand-new tires and front brake pads during the break, which is good. But the ambient temperature continues to rise and the gusting wind sends sand scattering across various parts of the track, which is not so good.

Given the changes, Kelleners believes that it won’t be possible to set a quicker lap time. I ask him to venture out in the McLaren on his own to verify this theory – and he’s correct. “It’s not even worth looking at the data,” he says after returning to the pits. “The grip is less compared to this morning. You’re going to be slower coming into the turns and through the turns. You’re not going to improve.”

This is where the value of expert coaching comes into sharp focus: Driving on track is an expensive pursuit, so it’s important that time spent behind the wheel is time spent wisely. In the run-up to the start of the program, we learn about a McLaren owner who lapped Thermal for three years without improving at all. But after just 15 minutes of working with a coach and analyzing the data, he slashed four seconds off his lap time – that’s an eternity in this game.

On this day, with the prospect of tangible improvement off the table, Kelleners steers me back toward my feelings. He wants me to better predict when the 720S is going to slide and to take corrective action before it happens. He believes this could be time well spent. But like my lap times, my condition does not improve; any attempts designed to increase finesse are side-tracked by my internal gyro meter. During my final sessions behind the wheel, my stomach can’t keep pace with the proceedings and the Armco barrier beckons.

Ultimately, my Pure McLaren experience did not go according to plan. I didn’t chisel away lap time over the course of the entire day. But I did improve my form in key areas and there were plenty of takeaways. For those drivers intent on becoming a faster driver and, potentially, a race driver, Pure McLaren provides tremendous bang for the buck. 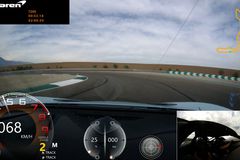 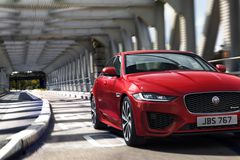 Car Review
It’s not rocket science: How Alpina built the fastest four-door in the world Subscriber content
May 10, 2019 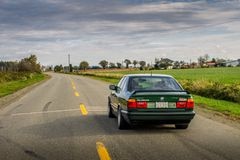