Many of us tend to have a narrow perception of automobiles. They’re a way to get from here to there. They can be a lot more, however, to those who aren’t boxed in by traditional thinking.

The most recent example of this comes from Japan. According to a report from The Asahi Times, which was subsequently picked up by Western media, Japanese car-sharing services noticed that some of their customers were not actually driving the vehicles they rented. Orix Auto Corp., which has 230,000 registered users, said that it was prompted in the summer of 2018 to examined its mileage records after it found that a percentage of its rented vehicles had “travelled no distance.”

Orix, along with another Japanese car-sharing service called Times24 Co., found that customers were using their vehicles for “non-driving purposes” – namely as temporary private spaces. At 400 yen (a little less than C$5) for 30 minutes, car-shares are a bargain in a society where private personal time can be scarce.

Here are some of the uses customers found for their rental cars:

The report made me reflect on the non-driving aspects of my own car use. The primary function of my car is commuting, but the more I look back on my decades of driving, the more I realize that cars have always played a significant “non-driving” role in my glorious time on earth.

Crying: Automobiles are excellent places for a solo sob. I’m not sure what it is about a car’s interior that is so conducive to blubbering but I’ve lost it numerous times while behind the wheel. Personally, I believe it’s the feeling of being sealed in. In your car, pull over, put it in park, throw on some sunglasses, roll up the windows and nobody will know you’re having an emotional meltdown. Aside from being good for me, it’s also good for the rest of society. Nobody needs to see a bloated, white guy over 50 crying to Aztec Camera’s We Could Send Letters.

The obvious thing: Cars are also excellent locations for engaging in an activity that is (hopefully) the opposite of crying. Peak times for this form of “non-use” were my teenaged years.

Meditation: Given the three previous entries, it should surprise no one that I meditate. The car is one of my favourite spots for mindfulness. Ideally, I find a parking space that faces out toward the street. Then I set the timer on my iPhone and breathe. This is an excellent way to delay doing things such as working, shopping or meeting people.

Car-sharing services aren’t keen on “non-driving” use. They make money off mileage and I think they find something perverse about customers using their vehicles the way they used motel rooms in the 1980s. The Asahi Times reported that an Orix spokesperson said: “Motorists should shut off their engines when they’re not driving, and we do not recommend our customers rent vehicles for purposes other than travelling. We believe it’s best for our cars to be used for driving.”

Personally, I can’t wait to expand my non-driving repertoire. 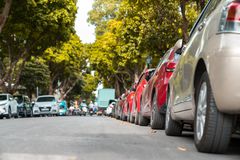 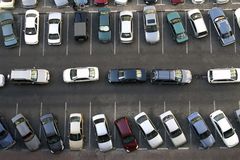 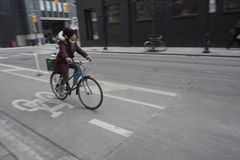