We got e-scooters in Calgary this summer. They’re fun, but they go faster than you think. They also get left in the middle of the sidewalk, nobody wears a helmet and I’ve seen people get out of the bar and hop on them. I’m wondering what happens if one of them hits a pedestrian. Do they have insurance? – Ian, Calgary

If you hit somebody on a shared scooter, you might be left on your own to cover the damages.

“I think there’s no question that if you’re on a scooter and you injure somebody through your own negligence, you’ll be liable for that accident and that injury,” says Fred Litwiniuk, a Calgary-based personal injury lawyer.

Several Canadian cities, including Calgary, Edmonton and Montreal, are running pilots allowing dockless e-scooters – electric scooters that you rent by-the-minute through an app and leave them when you’re done – in public spaces. In Calgary alone, there have been more than 675,000 trips so far since the pilot started in July.

When it comes to insurance coverage, Bird Canada chief executive officer Stewart Lyons said that the company is “heavily insured.” Bird, along with Lime, are the two e-scooter companies taking part in the Calgary and Edmonton pilots.

“In Canadian cities, municipal insurance requirements are five times more than the typical U.S. city,” Lyons said in an e-mail. Calgary in particular requires a minimum of $10-million in commercial liability insurance for injury, death and liability.

But that insurance doesn’t necessarily cover riders if they hurt someone – just the company and the city.

“With respect to the rider, it’s no difference if they have an accident on their personal bicycle, while on a skateboard, or even while running,” Lyons said. “If the rider is negligent, then they are negligent – and that doesn’t change just because they are on a scooter.”

By contrast, Lime said that riders and anyone they hit would be covered by its insurance, although the company also declined to comment further on the details of the policy or the amount of coverage included. The company said that anyone wanting to make a claim would have to call Lime customer service.

Lime’s user agreement, however, states: “You are responsible for any harm you cause to other people or property (unless something we did or didn’t do was the actual cause of such harm).”

So, you could be on the hook if you hit somebody, they’re badly injured and it can be proved that you were at fault.

“It’s probably going to take some legal actions in the court to figure out who’s paying for these accidents,” Litwiniuk says. “If somebody can’t work for a period of time or has a rehabilitating brain or spinal injury and you can’t pay, then they could be left in the cold.”

If your homeowner’s insurance includes liability, you may be covered if you hit someone on an e-scooter. It’s a good idea to check with your insurance company to see whether you’re covered before taking a scooter out.

In the three months since the pilot launched in Calgary, there have been 541 emergency room visits involving e-scooters.

The “overwhelming” majority of those were riders and not bystanders, says Dr. Eddy Lang, a Calgary emergency-room doctor.

“We’re seeing the whole gamut of things: fractures, lacerations, head trauma,” Lang says. “It’s kind of like what we used to see when roller-blading was popular.”

Ten per cent of the injuries were serious enough to require an ambulance, Lang says.

The e-scooters have a top speed of 20-25 kilometres an hour. In Calgary, they’re allowed on sidewalks. In the other Canadian cities, they’re not. Helmets are not legally required. But e-scooters do count as motor vehicles under Canada’s Criminal Code, so you could face impaired driving charges if you’re caught riding one with a blood alcohol level above .08.

While there have been pilots on private property in Waterloo and Toronto, neither are on the scale of the proposed a five-year pilot in Ontario, which would allow e-scooters to go everywhere bikes are allowed.

But before that happens, the questions around liability need to be clearly answered, says Nick Smith, a personal injury lawyer with Oatley Vigmond in Toronto.

“Some cities are eager to get these things on the road without understanding what the fallout will be,” Smith says. “Regulations need to be in place and clearly delineated.” 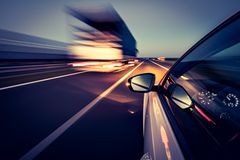 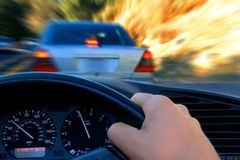 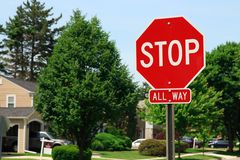