When a car runs out of gasoline on the road, a service vehicle can deliver enough fuel to help the car get to a gas station. CAA and other roadside assistance services do this. For battery-electric vehicles, what comparable service is possible? What form of amps-in-a-can will replace a few litres of gasoline in a container?

Right now, in most of Canada, if you run out of juice in an electric car, you’re stuck with getting a tow.

Most roadside assistance services, including CAA, will tow you to the nearest charger.

In the case where an e-Golf runs out of electrons on the road, Volkswagen’s roadside assistance provider will tow the vehicle to the nearest charging station free of charge, according to Thomas Tetzlaff, spokesman for Volkswagen Canada. So far, however, cases have been “extremely rare.”

The towing cost is usually covered by your roadside assistance plan, although some have limits on how far you can be towed for free.

Nissan, for instance, will tow a Leaf up to 100 km to the nearest dealership.

While most gas-powered cars come with similar warnings, some BEV owner’s manuals warn that an improperly-towed electric car could potentially catch on fire.

For instance, the front-wheel drive 2021 Nissan Leaf owner’s manual states: “If the front wheels are on the ground when towing, the traction motor may generate electricity. This may damage the components of the EV system or cause a fire.”

How quickly you can get going again depends on the kind of charger you end up at. A Level 3 fast charger can get most BEVs up to 80 per cent in 30 to 45 minutes. But a 240-volt Level 2 charger takes longer. It typically delivers about 30 km of range per hour.

If you can only get to a 120-volt wall outlet, you’re getting about 8 km of range per hour.

If you run out of range in Montreal, Laval or Quebec City, CAA-Quebec can bring the charge to you.

It has three Hyundai Ioniqs that can donate up to 40 kilometres of their range in about 20 minutes. It only works with BEVs with a compatible plug. That means it won’t work with Teslas.

CAA-Quebec didn’t have exact numbers on how many cars have used the service since it launched in 2018, though a spokesman confirmed that the organization hadn’t received many calls for the service.

That could be because there are still relatively few EVs in Quebec, with numbers hovering around 100,000, according to CAA-Quebec. Of those vehicles, 45 per cent are also reportedly hybrids, which makes the lack of charge less of a problem. The organization also added that it’s likely that most EV drivers plan their trips to make sure they can make it to a charger.

For now, CAA doesn’t have plans to launch the service in other provinces.

So why can’t a tow truck just carry a battery to recharge your BEV?

To charge your car at Level 3 speeds so you’re not waiting for an hour or more at the side of the road, it would take a relatively big battery.

If it’s a rescue vehicle that has to charge multiple vehicles in one trip, a large battery would be needed, according to Monsoon Fu, research and development manager for eCamion, a Canadian company that specializes in battery-based EV chargers. He added that the such a battery would fit into a ten-foot shipping container, which is the equivalent of a small-sized U-Haul.

The company doesn’t offer a portable roadside EV charger, but some other companies do.

Depending on the BEV, the 350-pound generator would take anywhere from 25 to 50 minutes to deliver 40 km of range, the company said in an email. Again, it uses gasoline, so it’s not zero-emissions.

Another U.S. company, SparkCharge, brings batteries to your location to charge your EV, but the service isn’t available in Canada.

How do safety recalls on vehicles work in Canada?
Subscriber content
March 1, 2021 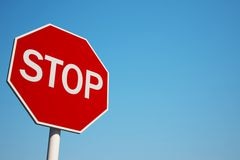 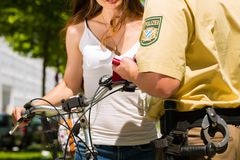