If you’re still unsure about electric cars, that may be because when car makers launched the first models in Canada a decade ago, they may have not “done themselves any favours,” according to one automotive expert.

“They produced EVs [electric vehicles] that looked like nothing else on the road,” said Ian Jack, vice president of public affairs with the Canadian Automobile Association (CAA).

Early EVs were bulbous and squat, and some also used irregular materials – the BMW i3 debuted in 2013 with interior doors lined in hemp. For a lot of Canadians, those early EVs seemed like UFOs. They were mysterious and rarely seen. Then they quickly got expensive, with $100,000-plus EVs from Tesla and Porsche.

“They’ve kind of moved from UFOs to Lamborghinis in some people’s eyes,” Jack said. “The average car buyer isn’t looking for a high-end sedan – they’re looking for something practical.”

But even though Canada is finally seeing electric SUVs and trucks that would look at home in most driveways, there are plenty of potential buyers who wonder what it’s like to actually live with one.

Where and how do they charge? How much will their power bills go up? Will they still be able to go away for the weekend?

They’re not always getting answers at traditional dealerships.

“People still don’t really know about them,” said Yves Racette, a consultant who specializes in training technicians about EVs and hybrids. “There’s a lot of education that needs to be done – not only with the customers but with the salespeople. There are a lot of myths and misinformation out there.”

There are a lot of predictions of cost parity [with gas cars] in the next five years,” Jack said. “And government mandates to produce them will mean more supply.”

But people’s experience at the dealership might be “the final hurdle” for someone on the fence about buying an EV.

“There’s lack of knowledge and lack of stock, too,” Jack said. “It’s ‘We’ve got one in the back corner of the lot, and it’s lime green – and if you want your colour, that’s an eight-month wait.’ "

At dealerships, salespeople may not get much training on EVs at all, Jack said.

Plus, dealerships are private businesses – and they make their biggest profits selling pricey gas-powered trucks and SUVs, Jack said.

“They’d rather sell you an Escalade instead of a Bolt,” Jack said. “They don’t face government mandates like the manufacturers do … the financial incentive for a commissioned salesperson to sell you an EV just isn’t there.”

When deciding whether you’re ready for an EV, Google can only take you so far. There’s plenty of EV information online, including pages at BC Hydro, Consumer Reports and CAA.

But potential buyers need a chance to test-drive a car – including trying out charging for themselves – and to ask questions, Jack said.

Before COVID-19, test drives happened on a small scale at auto shows. And Plug N’ Drive has a discovery centre in Toronto, which lets you test drive EVs from Chevy, Kia, Mini, Polestar and Volvo.

In 2019, Tesla announced that it would be closing its physical stores, which offer information and test drives, and switching to online sales only. After its stock dropped US$40, it quickly back-pedalled on the decision.

Car makers need to step up to make sure their dealerships have experts who understand EVs, Racette said.

“As EVs become more popular, they won’t have a choice,” Racette said. “But, right now, a lot of salesmen on the ground don’t know a lot of little things about driving EVs, like how your range varies depending on how you drive.”

Recognizing that, Kia launched an EV Experience Centre in downtown Vancouver this spring.

Located in the back end of a Kia dealership on a street lined with Audi, Jaguar, BMW and Ferrari dealerships, it’s a place where people can ask questions about EVs and take a test drive without getting pressure to buy one, Kia said.

“I’m not here to sell cars,” said Kia EV adviser Benjamin Desmedt. “If they want to buy one, I can show them over [to the dealership side], but I’m here to answer questions.”

The centre is designed to make EVs seem less daunting, Desmedt said. Displays show the cost of ownership compared to a gas car, the cost of fuel, and the differences between the different kinds of chargers, and how to charge.

“I’ll take them on a test drive and I’ll get them to plug into a public charging station,” Desmedt said. “A lot of people are surprised at how easy it is.”

With COVID-19 restrictions this spring, the centre hasn’t been that busy yet, Desmedt said.

For now, Kia said it doesn’t have plans to open other centres in other Canadian cities. It chose Vancouver because there’s already a demand there for EVs.

With 54,000 EVs registered as of Dec. 20, 2020, British Columbia has the highest reported uptake of EVs in North America. A recent report from BC Hydro found that about two thirds of British Columbians say they’re considering purchasing an EV in the next few years.

Having enough information will be key to getting people off the fence and into an electric car, CAA’s Jack said.

“Now, they’re easy enough to drive and charge, and public perception is changing,” Jack said. “We’re past the stage of the earliest of early adopters.”

At least 70% of vehicle sales must be ZEVs by 2030 to achieve Ottawa’s emissions plan, report says
Subscriber content
July 20, 2021 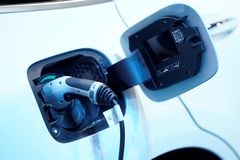 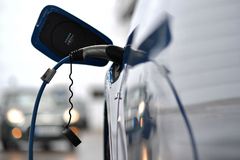 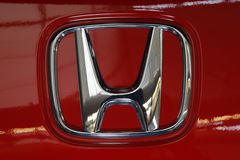