There’ll be a thousand cars at Canadian International AutoShow in Toronto, which opens today to the public. But good luck finding a new Volvo or Mercedes-Benz. Those two makers won’t be there.

They weren’t at the recent Montreal auto show, either, and have no plans to attend any other North American shows. They just don’t think there’s enough return to justify the cost of attending.

“After carefully evaluating our available options, we have opted to not participate in the major Canadian auto shows,” says Amanda Ignatius, head of corporate and media communications for Volvo Canada. “Consumers can expect to see Volvo Cars participating in a number of activations, events and partnerships across Canada this year which will allow us to reach new audiences.”

They’re not alone. At the coming New York auto show in April, BMW and now Audi have also dropped out, saying they have better ways to spend their money. Is this the beginning of the end for traditional car shows?

“The tides of change have been sweeping across some of the global auto shows, and in particular the larger tier one shows have been most affected,” says Jason Campbell, general manager of the Canadian International Auto Show. “They impact everybody, and we’re not alone in the world.”

The greatest demonstration of this was at last September’s Frankfurt International Motor Show in Germany, held every two years in rotation with Paris. Over 70 years, it grew to be one of the largest auto shows in the world but in 2019, it was skipped by Toyota, Renault, Peugeot, Nissan, Fiat and Ferrari, among others. It was also protested by climate activists. As a result, attendance at the 10-day show dropped to 560,000 visitors, a huge drop from the 810,000 visitors of 2017, which was itself a big drop from more than 930,000 visitors in 2015.

The Frankfurt show was such an embarrassment that the former chief executive officer of Opel, Karl Thomas Neumann, tweeted that it was “a huge fail. It’s just a sad shadow of what it used to be.” The German auto dealers’ association that organized the show clearly felt the same way, because it was confirmed last month that the show will not return to Frankfurt in 2021. It will be hosted by another German city, probably with a very different approach that’s focused more on overall mobility than just cars.

The Toronto experience is different, however, Campbell says. Attendance is consistent in recent years at more than 350,000 visitors, and “of the 39 brands that were at the show in 2019, we’ve got 37 returning this year. It’s still a very strong place to be.”

Shows are still an expensive place to be, too. The bigger the show, the bigger the costs. At Frankfurt, the huge halls devoted to showcase the home-town brands of Volkswagen and Daimler were estimated to cost those exhibitors upwards of $40-million each; at New York, a major automaker can spend close to $5-million for a large display exhibit. The cars are the cheapest part of it. The true costs come with hotel bills and staffing, booth installation, lighting, maintenance and getting everything safely delivered and then removed from a unionized display hall.

“It’s several million dollars [U.S.] to be at the New York show,” says Tom Plucinsky, a spokesman with BMW of North America, which prefers to operate a hands-on “travelling road show” of BMW vehicles in local stadium parking lots. “Last year, we took that money and added 30 events in 15 cities. Of all the people who drove our cars then, at least 30 per cent of them bought a BMW within the next six months. That’s better value for us.”

Toronto is a much more affordable show for makers, typically costing less than a million dollars to staff and attend, but all auto shows are in competition now with budgets for social media and direct marketing.

“For a long, long time, we went for these big spectacles and big press conferences, and this is maybe where we lost sight of what it’s all about,” says Mark Schienberg, president of the New York International Auto Show, which claims more than a million visitors each year. “The manufacturers and marketing people have become much more sophisticated in how you attract consumers and get their attention. Over the years, it’s become a fine art.”

However, both New York and Toronto are in cities rich with buyers of all brands of vehicles, Schienberg says, compared with the comparatively smaller markets of Frankfurt, Paris and Detroit. Drivers there favour their local automakers – in Detroit, almost all European makers avoided the show last year, and this year, it’s been moved from its traditional January schedule to a warmer time slot in June to boost its flagging appeal.

Most important, auto show advocates say, is that a show is still the only opportunity to experience the new features of a variety of competitive vehicles with no pressure to buy.

“The auto show is one of the few places where we can actually demonstrate the technology that’s in our cars,” says Stephen Beatty, vice-president of corporate for Toyota Canada. “We don’t have the time in the showroom to demonstrate this. It’s an opportunity to entertain, but also educate.

“Typically, when people walk into our showrooms, they’ve done all their shopping online, narrowed it down to a couple of vehicles, and they’re kind of past the point of doing the investigation. The show is an opportunity to open people to the possibilities of something they haven’t considered before.” 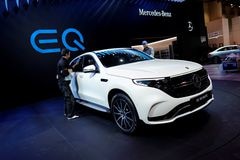 Canadian International AutoShow will be the first major traditional auto show of the year
February 11, 2020 Heading to the Toronto auto show? Your guide to the models on display this year
February 13, 2020 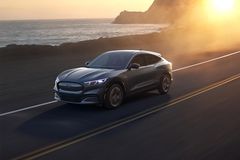