Is it illegal to program my GPS while I’m driving? My mom has built-in GPS on her SUV. She needs directions to get everywhere, but she always waits until she’s driving to start punching in the address. The voice commands on her GPS don’t work very well so she ends up doing it in on the touch screen. I’ve told her that’s illegal but she says that’s only true if you’re using a phone. Who’s right? – Connor, Calgary

In Alberta, if you physically program a GPS while you’re driving, you could get directed to pay a $287 ticket.

“It needs to be programmed before you begin driving,” says acting Sgt. Chris Agren of Calgary Police’s traffic unit. “You can also use voice recognition to put in directions, but you cannot be physically manipulating your GPS while you’re on the road.”

Those rules are in Section 115 of Alberta’s Use of Highway and Rules of the Road Regulation, which spells out Alberta’s distracted driving rules.

It applies to built-in GPS systems, portable devices and apps like Waze and Google Maps on smartphones.

You also can’t be holding or touching your cellphone or any other electronic device while driving.

While it’s illegal to be plugging an address into your car’s built-in GPS, it’s difficult for police to prove that you’re doing it.

“In some cars, the heater, radio and GPS are all on the same screen – so how do I know what they’re actually doing?” Agren says. “It’s easiest to prove if they have a device mounted on their window or if they're holding their phone and doing it.”

Last year in Alberta, there were just 11 convictions for driving while operating a GPS in Alberta. But the Alberta Motor Association (AMA) says it’s likely that some of the 18,659 people convicted for using a hand-held device for driving were using a navigation app.

“It’s not too often that you’ll see people with a Garmin unit in their vehicle anymore, but a lot operate different apps on cellphones while they’re driving,” says Jeff Kasbrick, vice-president of government and stakeholder relations at AMA..”That still takes a lot of mental focus, and as a result, we’re inattentive to the road.”

A lot of the talk around distracted driving focuses on texting, but other distractions are just as dangerous, Kasbrick says.

A 2017 study by the American Automobile Association’s Foundation for Traffic Safety and the University of Utah showed that it took an average of 40 seconds for drivers to put directions into a car’s built-in GPS, even if they were using voice commands.

“That study also found that there’s a carry-over distraction for up to 27 seconds after you finish programming it,” Kasbrick says. “That means although your eyes are on the road, your mind may be focused on other things.”

Even though programming your GPS by voice commands is legal in Alberta, it’s a bad idea, Kasbrick adds. Some cars won’t allow it while you’re driving.

“Ideally, have your route programmed in before you start driving and don’t answer any calls or do voice-to-text while on the road,” he says. “There’s a lot of research that talks about how using hands free is still a really significant form of distraction – so just focus all your attention on driving.”

Allowed in other provinces

Alberta is the only province with a ban on physically programming a built-in GPS while driving.

While the rules vary from province to province, in the other provinces, generally, you’re allowed to plug directions into your car’s GPS. But you can’t if it involves touching a phone or a portable GPS device.

“In Ontario, you can use your built-in GPS in your car to your heart’s content, but if you’re using Waze and it’s on your phone, then you could be charged,” says Sgt. Kerry Schmidt of Ontario Provincial Police’s highway safety division. “You can use your phone to show you maps if it’s mounted, but you can only touch it to answer or end a call.”

If fiddling with your car’s navigation system – or radio, climate controls and anything else – causes you to get into a crash, you could be charged with careless driving, Schmidt says. 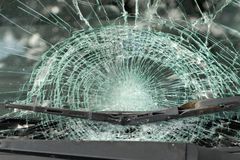 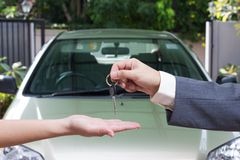 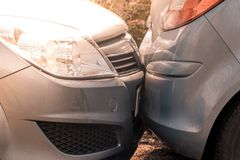