Since the COVID-19 pandemic hit, there have been a spate of high-profile closures among car-sharing services in North America.

General Motors Co., BMW AG and Daimler AG have all recently decided they don’t want to be in the business of operating fleets of publicly shared vehicles, at least not in North America. Zipcar is pulling its shared cars out of British Columbia. Meanwhile, Communauto and Turo both say their users are making fewer trips in shared vehicles as a result of the pandemic.

Despite what it may look like, this is not the end of the road for car sharing; it’s more like a speed bump for an industry still finding its way.

GM’s car-sharing division, Maven, was sick long before the coronavirus hit. Last year, Maven pulled out of eight cities in North America, including New York and Chicago. Now, after having suspended operations in March due to COVID-19, Maven is shutting down for good.

Earlier this month, Zipcar, which is owned by Avis Budget Group, announced it is pulling its shared car fleet out of B.C. as of May 1. In an e-mail to customers, the company cited “local insurance regulations” as a reason it was leaving.

Due to the pandemic, Enterprise CarShare vehicles are unavailable until further notice, although rental cars are still available through Enterprise Rent-A-Car.

Before the pandemic, more people in Canada were driving shared vehicles than ever, according to a recent study by researchers at the University of California, Berkeley. (By contrast, in the U.S., the number of shared vehicles has declined but membership has increased, albeit at a slowing pace.)

“The overall trajectory in recent years has been slowing growth in the market,” said Susan Shaheen, one of the authors of the study, and co-director of the Transportation Sustainability Research Center at the University of California, Berkeley.

The pandemic neither caused nor accelerated the demise of Maven and Share Now, Shaheen said in an e-mail. Their demise, and slowing growth in the industry overall, was a result of increased competition from Uber, Lyft, shared e-scooters and e-bikes, as well as “increased financial pressure from local governments that have imposed high parking and permit fees for operation.”

Some 94 car-sharing programs have tried to grab a slice of the North American market since 1998, but only 40 of those are still operational, according to the Berkeley study. Some companies have fared better than others.

Turo, a platform that lets people rent out their own cars, says it had seen steady year-over-year growth before COVID-19. “As of February 2020, Turo had over 850,000 members in Canada and 32,000 cars listed,” a spokesperson for the company said. Since Turo is a peer-to-peer business platform, it doesn’t have high overhead costs such as car purchases, car maintenance, insurance and parking.

Communauto is the oldest continuously-operating car sharing company on the continent, having launched in Quebec City in 1994. The Montreal-based firm began turning real profits after seven or eight years in business, and membership has been growing steadily at around 15 per cent per year, said Marco Viviani, the company’s vice-president of strategic development.

Due to COVID-19, Communauto has seen the number of trips taken in its cars drop by 60 to 80 per cent compared to this time last year, Viviani said. “We think we will bounce back rather rapidly,” he added.

“This pandemic is giving [Maven and Share Now] opportunity to do what they would have done anyway,” Viviani said. “If you’re launching a car-sharing service for other reasons, not as a transportation service, it probably won’t work.” Car-rental companies and automakers largely saw sharing services as diversification to guard against market shifts or as complimentary to their existing businesses of renting and selling cars, he added.

Most research shows that when implemented well – something that’s not easy for cities or operators to do – car sharing can reduce both traffic congestion and pollution while increasing transit and bicycle ridership, and makes the freedom of the open road more accessible for everyone.

Car sharing can also reduce the need for some families to own a second car, or, in other cases, the need to own any car at all. It’s one of the few solutions that can be implemented relatively quickly to improve our transportation network. Despite this speed bump, car sharing is still a road worth going down. 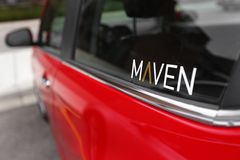 How will coronavirus affect the auto industry in the coming months?
March 18, 2020 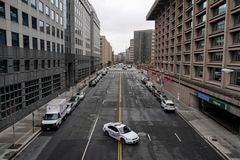 Would you share your car with a total stranger? Turo Canada’s business model depends on it
March 2, 2020 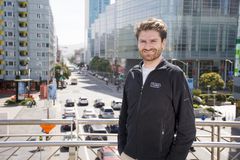