Money may not buy happiness, but it can certainly buy the sort of fast, fun and frivolous exotic cars that are guaranteed to put a smile on a driver’s face.

Unfortunately, driving off the dealership lot in even a basic, no-options V8 Mustang will cost you about $42,500 by the time you factor in taxes and incentives. You had something more exotic in mind? Good luck. The price of Porsche’s 911 keeps creeping up as it gets bigger and more stuffed with technology; its sticker price is over $113,000, and for that you don’t even get metallic paint.

The good news, for those who agree that life is too short to drive boring cars, is that vehicles depreciate.

Sports and performance cars generally depreciate more slowly than, say, big luxury sedans, whose values tend to drop like a barrel going over Niagara Falls. Nevertheless, if you’re willing to buy nearly new, you’ll be surprised how much further your dollar will go.

For example, the median price of a brand-new Ford Mustang is $44,465 while the median price of a used one is $27,988, according to AutoTrader data. The Mustang, by the way, was also their most searched-for car, which means you are not alone in hankering for something fun to cruise around in.

The median price isn’t especially helpful for shoppers, but hunt around the classifieds for V8 Mustangs, and you’ll find that sixth-generation models (2015-present) have now dipped below the $30,000 mark. Reliability on the 2015 and 2016 cars was subpar, according to Consumer Reports, so you’re better off with a fifth-generation Mustang GT: 2011 and 2014 were better years.

If your loyalties are with Chevrolet, a 2015 Camaro SS is a viable alternative. Either way, these V8 muscle cars are readily available in the $20,000 range, which is much less than you’d pay for a new Subaru BRZ.

That said, the BRZ and its Toyota 86 twin are no slouches when it comes to delivering value, even when new. Driving a new BRZ off the dealer lot will cost you $32,500. We always hoped Subaru would offer a turbocharged version with more grunt, but we have no complaints about the BRZ’s handling. These cars are also supported by an extensive aftermarket community ready to supply parts and advice, which is helpful if you’ll be doing basic maintenance yourself. Clean, low-kilometre examples of the refreshed 2017 BRZ – which gets high marks for reliability – can be had for about $20,000. Subaru’s 60-month/100,000-km major-component warranty still applies, but you’d be wise to take some of the money you saved by buying used and squirrel it away for future repairs and maintenance. Sports cars are known for being fun to drive, not cheap to own.

If you’re reading this story, you’ve surely already considered the Mazda MX-5. It has been the default answer to the question: “What affordable sports car should I buy?” since it was introduced in 1989. The current ND-generation is sublime. This side of a Caterham or a Lotus Elise, there’s no more pure sports-car driving experience. It won’t win any drag races, but then again, it won’t endanger your licence either.

Recent MX-5s consistently get top marks for reliability and owner satisfaction from Consumer Reports. Fully-loaded 2016 GT models (with the limited-slip differential) are being advertised for about $25,000. At that age, they’re already through the steepest part of their depreciation curve and have plenty of life left in them.

For something fun to drive with four doors, the Volkswagen Golf GTI is an obvious choice for good reason. It’s a serious little car with sharp steering and a buttoned-down chassis. Reliability is mediocre for the 2015 and 2016 models, but Consumer Reports ratings indicate owners are nevertheless highly satisfied with their purchase. Expect to pay a little over $20,000 for a 2017 model with low kilometres. Or, better yet, the more powerful, all-wheel-drive Golf R from that same year can be found for under $30,000 as well.

The Subaru WRX lost some of the edge it had in the 2000s when it was a bona fide World Rally Championship rocket. It’s not winning many races any more, but it is still winning best-residual-value awards. The old STI hatchback with the flared wheel arches is a future classic, but they’re getting rather old and sought-after already. A new 2020 WRX costs $30,000, but there are plenty of 2017 models out there with about 50,000 kilometres on them advertised for $23,000.

Hyundai’s Veloster N hot hatch launched as a 2019 model, so you won’t find many used examples out there yet. The ones you do find are priced rather high, but give it a couple more years, let depreciation work its magic, and this could be a performance-car bargain.

There are limits to the magic of depreciation, however. To dip below the $30,000 mark on a used Porsche 911, you’ll have to go way back in time and buy a 2003 or similar model. That’s a prospect only for the brave who will go into any deal with their eyes wide open. (Do a quick Google search on the intermediate shaft bearing.) Similarly, unless you’re prepared to be left penniless and destitute, we’d recommend against buying the cheapest Ferrari or Lamborghini around.

If you want the most sensible, economical or frugal car to get from A to B, none of these cars are for you. There are, of course, plenty more used-car options that will put a smile on your face whenever a gap in traffic or an empty on-ramp presents itself, but these are a good place to start. Happy hunting. 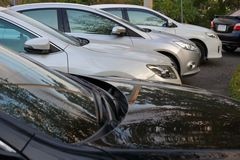 Used cars are holding value better than ever, according to Canadian Black Book
February 10, 2020 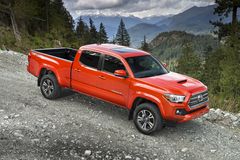 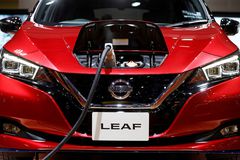