Their names are like something out of a CIA dossier: Special Projects, Special Operations, Q branch, Sonderwunsch division. They are highly secretive organizations and often spoken of in reverential tones by those who know what they’re capable of. However, the teams within them don’t build flying saucers or laser beams; they build cars – shockingly expensive one-off dream machines for a select few who can afford to commission such things.

In recent weeks, both Rolls-Royce and Porsche have announced new departments – called Coachbuild and Sonderwunsch – to create bespoke machines for customers who want carte blanche to design their own cars.

Such projects are lucrative for automakers, certainly, but they also serve to polish a brand’s image and give loyal customers something elusive to aspire to, a new velvet rope to get behind.

Too fast, too furious: Are supercars out of touch with the real world?

Every exotic car company worth the title has a one-off division of its own. In the business of granting wishes to rich people, they make the fantasies of car fanatics come true, for a tidy profit.

McLaren Automotive has its Special Operations department. Aston Martin has Q by Aston Martin, which last year showed off the Victor, a 1970s-inspired coupe underpinned by a mashup of Aston’s One-77 supercar and track-only Vulcan, topped with an 836-horsepower Cosworth V12 engine. Somehow, it’s road legal. The price? US$2.7-million, reportedly. The eye-popping Ferrari Omologata, the latest work of Ferrari’s Special Projects division, is a one-off based on the Ferrari 812 Superfast; of that car’s original bodywork, only the windshield and headlights remain.

The people who commission these cars often choose to remain anonymous and prices are rarely divulged. Some of these one-off creations are never even shown to the public, while others might be revealed at a car show before being shipped off to the owner’s garage.

At Porsche, there is almost nothing it wouldn’t do for its best customers. In the late 1970s, the company’s semi-secret Sonderwunsch (special request) program made customized cars with cognac glass holders and gun racks, said Boris Apenbrink, director of Porsche Exclusive Manufaktur. In 2001, the comedian Jerry Seinfeld asked Porsche to build him a 993 Speedster, a car that doesn’t exist in any company brochure.

Apenbrink expects the revived Sonderwunsch program will build three to five highly customized one-off cars a year, based on either new Porsche models or classic ones, with prices starting around €500,000 ($735,000) and reaching over €1-million, depending on the scope of the project.

Anything is possible, almost. “We would be, of course, cautious with guns today, probably,” Apenbrink said. The projects will more likely involve highly technical work, such as engine and suspension changes, new bodywork and maybe a mini-fridge or two.

Taking on a custom car project is a bit like building a house, said Ulrike Lutz, director of Porsche Classic. Clients are effectively hiring a team of experts – in this case, Porsche designers, engineers and craftspeople – to make their dream a reality. Porsche will even give these clients a key card so they can let themselves into the factory.

One-off cars are not exactly new for Rolls-Royce either. From the early 1900s until the mid-1960s, Rolls-Royce customers would usually buy a chassis and engine from Rolls, then hand it over to their favourite coachbuilder, who would hammer out a body and interior. Each one was different. Ever-more-strict crash-safety regulations and the shift away from body-on-frame construction for cars meant coachbuilding had almost become a lost art by the 1990s.

In 2017, Rolls-Royce tried its hand at coachbuilding again with the Sweptail, a nautically themed art deco coupe that reportedly cost its owner about US$15-million. Then, the requests came pouring in.

“Every week, basically, we are getting calls from people who would love to do stuff like that,” said Torsten Mueller-Oetvoes, chief executive officer of Rolls-Royce Motor Cars. Demand from clients led Rolls-Royce to officially revive its Coachbuild department, he explained.

The new division’s first project is the Boat Tail, unveiled in May. As you would expect from Rolls-Royce, it represents the extreme high end of the custom-car spectrum.

The Boat Tail took four years to create. It’s about the same size as an extended-wheelbase Cadillac Escalade, but it’s an open-top, two-door car. Just as in the old coachbuilding era, the body panels are rolled and hammered out of huge aluminum sheets by specialists; it’s an art, one typically mastered over decades. Fitting the body together is a complex puzzle that requires constant, minute adjustments so that everything shines perfectly when painted.

Rolls-Royce will build three Boat Tails, one each for the three clients who commissioned the project and shaped every piece of the car’s design. The clients’ affinity for J-Class yachts is the reason the cabin floor and unusual rear deck are covered in wood. The deck opens up to reveal tables that swivel out, a parasol, and everything you’d need for an impromptu picnic overlooking the Mediterranean, including custom-made cutlery and a fridge designed specifically to hold a particular vintage of Armand de Brignac champagne, the clients’ favourite.

A company spokesperson wouldn’t divulge the Boat Tail’s price but said the rumoured US$15-million figure for the Sweptail “wasn’t far off the ballpark” and that the Boat Tail project was considerably more complex. For context, that much money would buy more than 300 Tesla Model 3s.

CEO Mueller-Oetvoes gets deeply involved in Coachbuild projects and even hand-picks the clients. “This is a four-year journey, and you want to know with whom you are in that boat for four years,” he said. Clients have to commit not just money but time, travelling to Rolls-Royce’s headquarters in England to sign off on designs.

Each project will be profitable said Mueller-Oetvoes, but added this will never be a big part of the company’s business. In order to ensure scarcity, Rolls-Royce will only take on a new Coachbuild project every two years.

At a time when luxury brands, including Porsche, Rolls-Royce, Aston Martin and others are broadening their customer base by offering practical SUVs, one-off custom cars help brands remain exclusive and aspirational.

Money, however, doesn’t necessarily buy good taste. Part of the job of designing a custom car is to keep to the clients’ worst instincts in check, helping to elevate the brand rather than sully it. As Homer Simpson showed with the disastrous failure of his Homer-mobile, just because you can build the car of your dreams, doesn’t mean you should. 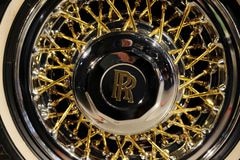 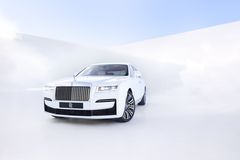 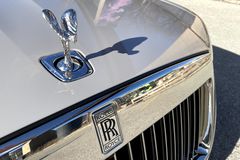