My parents have never had winter tires. My dad doesn’t believe in them and my mom thinks they’re too expensive. It hasn’t been an issue for a few years because they’re usually in Mexico from November to March. This year, they can’t go to Mexico because of COVID-19, but they might drive to Victoria for a month in January. Please tell me they should get winter tires. – Li, Edmonton

Winter tires aren’t just for snowflakes – they’re for snowbirds who are sticking around, too.

Wherever you are in Canada, winter tires will give you better traction and better braking on cold roads, period, experts say.

“In the winter, there’s no competing with the winter tire – there’s no discussion,” says Ward Vanlaar, chief operating officer of the Traffic Injury Research Foundation (TIRF). “For Canadians who have been going south for years, they need to be cognizant of the fact that whatever winter tire tech they knew 15 years ago has really improved.”

On an icy road, a car with winter tires needs 6.4 metres to stop compared to 12.1 metres for a car with all-season tires, Vanlaar says. That’s more than the length of an average SUV.

Why the difference? While winter tires have treads that help with traction in snow and on ice, it’s really all about the rubber.

All-seasons are made of rubber that starts to gets stiff when it’s colder than 7 degrees Celsius outside. When it gets stiff, like a hockey puck, it can’t stick to the road.

Winter tires are made of a rubber that stays softer on cold roads. That means they have better traction at minus 30 degrees Celsius than all-seasons do at plus 4°C, Vanlaar says.

That’s true even on roads where there’s no ice or snow.

“There’s no place in Canada where the weather doesn’t regularly go below plus 7 degrees Celsius,” Vanlaar says. “As soon as it’s colder than 7 degrees, you should be using winter tires – it doesn’t matter if you live somewhere where it snows less or where they clear the roads quickly.”

That softer rubber also comes with drawbacks in the spring – Consumer Reports says most winter tires have less grip than all-seasons on warmer roads.

All-seasons not for all seasons

So, why do some of us think all-seasons are fine for the winter? Well, the name doesn’t help. Plus, most all-season tires carry an M+S symbol, which stands for mud and snow.

But true winter tires come with a mountain snowflake symbol.

You’ll also find that symbol on most all-weather tires – which have a harder rubber than winter tires and are meant to stay on all year.

But Consumer Reports says most all-weather tires don’t perform as well as winter tires in the winters or as well as all-seasons in the summer.

Quebec is the only province that requires nearly all drivers to have winter tires.

British Columbia requires winter tires or all-seasons with the M+S symbol on some highways. Since 2016, Ontario has required insurance companies to give discounts for drivers with winter tires. Newfoundland will also require discounts starting in January.

Since winter tires stick better on cold roads, is there proof they have reduced crashes?

Most provinces don’t track whether a car has winter tires or all-seasons when it gets into a crash.

“When they made winter tires mandatory in Quebec, there was some limited evidence showing that it made a difference in crashes,” Vanlaar says. “But I’m not aware of any large scale studies.”

In a recent study by the Tire and Rubber Association of Canada (TRAC), a tire industry association, 81 per cent of winter tire owners surveyed said they believe that winter tires saved them from losing control or getting into a crash.

The biggest reasons for not getting winter tires? Drivers who don’t own winter tires say all-seasons are good enough and winter tires are too expensive.

For 2020, about 6 per cent of people who own winter tires say they won’t put them on this year because they’re driving less due to COVID-19.

While winter tires help drivers stay in control, they can give some drivers a false sense of security, Vanlaar says.

“People may think because they have winter tires, they can go faster,” Vanlaar says. “But if you speed, you’re eroding the benefits.” 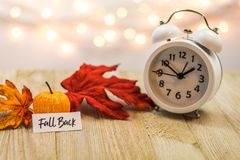 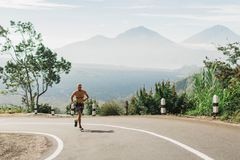