Why aren’t more women filling leadership roles in the automotive industry? According to a study from 2018, women held just 8 per cent of executive positions in the top 20 auto manufacturing and auto parts companies ranked in Fortune’s Global 500 list – up a mere 1 per cent from 2014.

There’s no denying that the stats are less than ideal. In North America, there are only two women running car companies: Mary Barra, chair and chief executive officer of General Motors Co., and Laura Schwab, president of the Americas division of Aston Martin and the first female president in the British marque’s 106-year history. At the moment, not one woman is at the helm of a car company in Canada.

The auto industry’s long history and reputation as a male-dominated, old boys’ club may be to blame for the lack of women at the top, says Rebecca Lindland, founder of automotive review website RebeccaDrives.com. “The industry doesn’t have a reputation for appealing to women,” she says. “I say reputation because there’s an awful lot of car girls out there, but it’s this impression that it’s so male-dominated.”

She adds that this perception has gone largely unchanged since she launched her career as an auto analyst with Standard & Poor’s North American automotive group in the late 1990s. “I would love to say, of course, the industry has improved in 20 years, but it hasn’t neutralized [become more gender balanced] like other industries,” she says. “The fact that there aren’t a lot of women in executive positions in automotive is not unique to automotive – tech and mobility companies like Samsung, Uber, Lyft and Waymo, suffer from it too.”

But automotive has a longer history of gender bias, and the result is a continued disconnect between the design of vehicles and what women want in cars, as well as how they are advertised and marketed to women, Lindland says.

Surveys show that women influence more than 85 per cent of all auto purchases, even as a 2017 study from car dealership software company CDK Global found that 43 per cent of the 64,000 women surveyed in the United States say they do not trust the industry. The same firm found in 2019 that 62 per cent of female job seekers would not consider working at a dealership, citing negative perceptions about the car-buying process.

The struggle to recruit women into the industry can be seen even at the postsecondary level. Jason Dale, executive director of the Automotive Business School of Canada at Georgian College in Barrie, Ont., says that it’s been hard to encourage young women to consider the automotive sector as a viable career option.

The school offers a two-year diploma or four-year honours degree in automotive business preparing graduates to work in auto sales and marketing, finance, human resources and dealership management. About 10 per cent of the students enrolled at the school are women, but that number also slipped to 7 per cent for the 2019-20 school year.

“We still have that negative connotation that we’re sales- or service-oriented; you’re either selling cars or fixing cars,” Dale says. “But there are so many more jobs. There’s 700,000 jobs across Canada in the auto industry. There’s F&I [finance and insurance], HR, marketing, accounting. … We have to communicate and let young women know the opportunities. It’s a great career and it pays very well.”

In turn, automakers also have a responsibility to spread the message that the auto industry is changing and recruiting more diverse candidates, says Erin Buchanan-Gelinas, general manager of manufacturing at Toyota’s plant in Cambridge, Ont.

“This isn’t the kind of industry it was 20 years ago. It isn’t dark and dirty with big, heavy components. We have highly innovative jobs and we’re using advanced, state-of-the-art technology and materials to produce cars today.”

Of course, even after women get their foot in the door, other obstacles remain.

Buchanan-Gelinas says she still sees women who are too intimidated to apply for higher-level positions compared with their male counterparts. She raises the oft-cited statistic – that men apply for jobs when they meet 60 per cent of qualifications, whereas women tend to apply only if they meet all of them.

“My message has always been, nobody is fully qualified to do any role until they’ve been doing it for at least a few months,” Buchanan-Gelinas says. “Put your hand up for that assignment. Maybe you don’t have 100 per cent of the skills, but if you don’t put your hand up, you won’t continue to learn and somebody else will get that opportunity.”

Daniela Bohlinger, head of sustainable design at BMW Group, says that women needn’t act like men to lead a team. “Be a woman,” she says.

Elizabeth Hill, chief product engineer at Jaguar Land Rover in Britain, also believes it’s not just about women in the sector. “We need to have a real balanced input into our work force when we’re making cars to reflect the people buying them. I stress it’s not just gender; it’s about all backgrounds. We need to represent our very diverse customer base, which is a huge opportunity for women and minorities.”

Hill acknowledges some positive changes since she started her career in 1997. Jaguar Land Rover noted in 2018 that its workforce was 11 per cent female, up from 9 per cent five years before. Elsewhere in the industry, GM announced last year that the number of women on its board would outnumber men for the first time after two male directors retired. Fiat Chrysler is also credited with having 38 per cent female executives – the highest among all the automakers.

Hill expects the shift to accelerate as younger workers enter the work force. “Younger men and women are not nearly as gender sensitive,” she says. “The diversity that people, particularly 30 and younger, have grown up with will help not only automotive, but every other industry as well.”

Yet the pace of change is slow, Buchanan-Gelinas of Toyota adds. “Transitioning to diverse and inclusive executive positions requires a change in culture. And culture change isn’t quick. It takes time.” 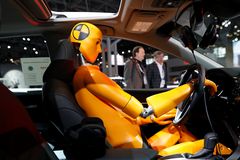 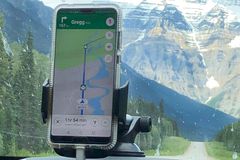 Honda’s Ali Woodley: ‘Women think they have to be perfect’
Subscriber content
April 29, 2019 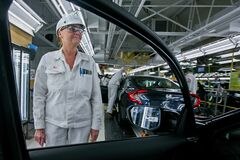 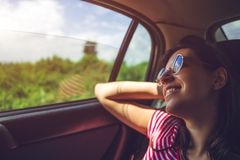