The late Sergio Marchionne, former head of Fiat Chrysler Automobiles, had a beautiful dream. His idea was to reintroduce Alfa Romeo to drivers in North America while investing in Maserati, not only so these historic brands could thrive, but so we might all come to like Italian cars as much as he did. Anyone who liked to drive applauded the plan because the automotive world is undoubtedly more fun with Alfa and Maserati in it.

His dream was nice while it lasted, but these two historic Italian luxury brands are due for a reckoning, especially now that they’re under new management.

Alfa and Maserati are part of the recent merger of Fiat Chrysler Automobiles N.V. (FCA) and Peugeot S.A. (PSA Group), which created a sprawling monster called Stellantis, now the world’s fourth largest automaker. The company is a buffet of disparate brands (14 in total), including consumer favourites like Jeep and Ram, enthusiast favourites like Alfa Romeo and Abarth, and down-on-their-luck operations like Lancia and Chrysler.

Carlos Tavares, the former head of PSA who stepped up to the chief executive job at Stellantis, said he would not cut jobs and laid out a plan to deliver 5 billion euros ($6-billion) in savings. Ahead of the merger, both parties also pledged not to close plants, which is good news for workers at the three Stellantis manufacturing facilities in Ontario.

Both Alfa and Maserati have struggled to find success and growth in North America. Even before the merger, there was speculation they could be combined and/or sold.

Without the planned stream of new products, hampered by initial concerns about reliability and lacking an Elon Musk-type personality to keep it in the news, Alfa Romeo sadly hasn’t generated much buzz or growth in the crowded North American market. Alfa’s lineup in Canada consists of just three models with a new small SUV coming soon. You can probably forget about seeing a replacement for 8C and 4C sports cars, as well as the on-again, off-again GTV coupe anytime soon.

Maserati, on the other hand, has an ambitious new mid-engine sports car in the works, but the company’s plans have been dashed before. In 2018, the plan for Maserati involved a second SUV model, plus plug-in hybrid drivetrains across the whole lineup by 2022. So far, that still hasn’t happened. The beautiful Alfieri coupe, a plug-in hybrid, never materialized while the gracefully aging Quattroporte and Ghibli continue on for yet another model year.

To its credit, FCA has been willing to change its plans when they weren’t working, Abuelsamid noted.

FCA wasn’t able to heavily invest simultaneously in Alfa and Maserati, and there’s no reason to think it will be different under Stellantis – not unless Tavares can pull off some kind of miracle. The new company is facing the same monumental challenges as every other incumbent automaker. It will need to spend billions developing electric and automated vehicles, as well as new software and in-car technologies.

But Alfa and Maserati aren’t the only Stellantis brands in need of investment. More important to Canada is Chrysler, a brand that sells only three different vehicles, two of which are minivans and the third is the ancient 300 sedan. Stellantis has plants in Windsor, Etobicoke and Brampton, Ont. and it will be crucial for the roughly 8,000 workers there, plus local suppliers, that the company’s new management gets those factories humming at full capacity making popular new vehicles. Again, that requires fresh investment.

It’s clear that chief executive Carlos Tavares will likely have some hard choices to make.

Will consumers really care if the new Maserati supercar became an Alfa Romeo, or if Alfa’s new small SUV becomes an entry-level Maserati instead? Probably not. If triage is necessary, it would be better to let one brand die so the other may live. Car enthusiasts would surely rather see one of these Italian auto makers thrive than endure a future in which both languish. Italian luxury cars and SUVs may be a niche, but they keep the dominant German brands honest and offer drivers alternatives brimming with excitement and personality.

The fate of another Stellantis brand, Lancia – a storied 114-year old firm that now sells only a re-designed Fiat 500 – shows just how bad it could get, and nobody wants to see Alfa and Maserati go down like that. 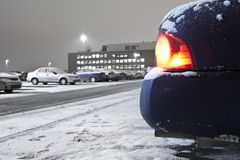 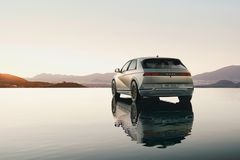 Opinion
Vehicle collisions with pedestrians are on the rise. How can we prevent these accidents?
Subscriber content
February 16, 2021 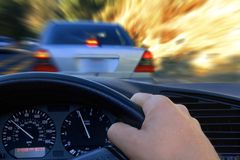