When it comes to the quality of new vehicles, which brands excel and which fail? The benchmark is determined by J.D. Power’s annual Initial Quality Study, or IQS. It measures the number of problems experienced by customers after 90 days of owning a vehicle. The study examines 223 problems in nine categories, covering everything from powertrains to driving assistance features to infotainment systems. To determine the quality, J.D. Power measures the number of problems per 100 vehicles, or PP100; the lower the score, the higher the quality and vice versa. Good news – the quality in new vehicles has improved slightly – up two per cent from 2020, with 20 of the 32 brands scoring better than last year. But which brands are on top? And which brands are at the bottom of the list?

More good news for Stellantis. Ram took the top spot in new-vehicle quality, with a score of 128 PP100 vehicles. For the first time ever, a truck brand received the top honour. Ram’s first-place finish was fuelled by positive feedback from owners of new Ram 2500 and 3500 trucks, which came out on top in the large heavy-duty pickup category, beating out Ford’s Super Duty truck. The Ram 1500 ranked second in the large light-duty pickup category, after the Toyota Tundra. Ram has improved its rankings significantly over the years – two years ago, it held the 21st spot in the 2019 IQS.

Here’s a pleasant surprise – Dodge, which is owned by Stellantis, came in second place with 139 problems per 100 vehicles. One of its top-quality vehicles was the Dodge Charger sedan – it came in third place in the large car category after the Chrysler 300 and the first place Nissan Maxima, which incidentally, also achieved the highest score of any model with only 85 PP100 vehicles in this year’s study.

Lexus takes third place in the 2021 IQS with 144 problems per 100 vehicles. It was also the highest-ranking premium brand. Many of its models excelled in the study – the Lexus RC was the top-ranked compact premium car; while the Lexus UX ranked first in the small premium SUV category. Lexus’ flagship SUV, the RX, took the top spot in mid-size luxury SUVs. And, Toyota’s manufacturing plant that builds the Canadian-made RX in Cambridge, Ontario also received the Bronze Plant Quality Award for producing vehicles with the fewest defects or malfunctions.

And now the bad news. The third-lowest brand in initial quality is Volkswagen, one of the world’s largest auto makers that nevertheless saw 213 problems per 100 vehicles. While J.D. Power won’t disclose specifics, overall, the study found infotainment is a problematic issue with 25 per cent of all problems related to the infotainment systems. The most common complaint by new-vehicle owners was by far Android Auto and Apple CarPlay connectivity, especially when it’s operated wirelessly.

More bad news for Volkswagen. Audi, one of VW Group’s premium nameplates, fared poorer than VW. It came in second-last place. In fact, it was the worst premium brand in the study with an average of 240 problems per 100 vehicles. But Audi isn’t the only luxury auto maker facing quality issues. According to the study, for the past six years, owners of mass market vehicles experienced fewer problems, on average, than owners of premium vehicles. Premium brands generally equip vehicles with more complex technology, which can cause problems for some owners. This year, the only premium brands that performed better than the industry average was Lexus and Genesis with 148 PP100.

Chrysler’s position out of 32 brands may seem a bit odd considering many Chrysler parts are shared with Dodge, which did well in this year’s IQS. The only explanation from J.D. Power came from Pacific Communications Group, J.D. Power’s public relations company. “While Dodge and Chrysler are part of the same company (Stellantis), IQS is a measure of initial quality as related by consumers who own specific brands. While they might share some parts, there are many extended reasons why two such brands would differ in terms of quality (assembly, technology content, engineering and design, among them),” Shane Smith, president of Pacific Communications Group, wrote in an e-mail.

Car Review
The best offers from brands with the highest initial quality
October 31, 2019 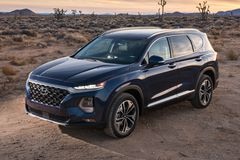 The best offers from the most reliable automakers
November 1, 2018 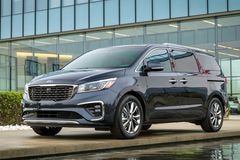 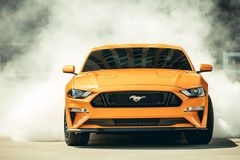