If you buy a new SUV in Vancouver next year, it could cost you an extra $1,000 a year to park on your street.

The city is considering adding an annual pollution charge to its residential parking permits.

“Vehicles are responsible for 40 per cent of carbon pollution in Vancouver,” said Paul Storer, the city’s director of transportation. “The goal is to really encourage people to buy zero-emissions vehicles or low-polluting vehicles.”

The city is proposing a three-tier pricing scheme that would apply to vehicles with a model year of 2023 or any year after.

Vehicles that emit less than 200 grams of carbon dioxide for every kilometre driven wouldn’t pay any extra on top of their annual parking fees.

That would include electric vehicles (EVs), most hybrids and many small and mid-sized vehicles.

So which cars would have to pay extra? Looking at 2021 emissions levels – the most recent year with available data – for Honda, for instance, the base Civic, Accord and CR-V are in the first tier.

The Accord Sport and Civic Type R, which both have two-litre engines, are in the second tier.

The bigger vehicles, including the Honda Odyssey, Pilot and Ridgeline, are all in the third tier.

But why doesn’t the plan include 2022 and older model years?

“We didn’t want to be penalizing people for decisions they’ve already made,” Storer said.

There would be exemptions for wheelchair-modified vehicles, since they may not have a readily-available EV-equivalent. But the city is not proposing an exemption for larger vehicles, including trucks and vans, that residents need for their jobs.

“I would have to see the proposal in detail, but it seems unfair for someone who needs a pickup truck or a van for work and doesn’t have an electric option right now,” said Daniel Breton, president and CEO of Electric Mobility Canada (EMC). “They’re being penalized.’

But, if someone owns an existing truck or buys a used pre-2023 truck, they wouldn’t have to pay under Vancouver’s plan, the city said in an e-mail.

The plan’s details could still change, Storer said. The city is taking public feedback on the plan before sending the final version to city council for approval this fall.

“Parking ends up being an emotional issue for people – particularly parking at home,” Storer said. “We’ll see what people think.”

So, on streets that don’t require a permit now, residents would have to pay a $45 annual fee to park from 10 p.m. to 7 a.m. Plus, they’d have to pay the annual pollution surcharge.

The plan could impact more than 150,000 vehicles that use street parking in Vancouver, Storer said.

The city predicts that the plan could raise $60 million by 2025, Storer said. That money would go to help fund projects in the city’s emergency climate action plan, including protected bike lanes and wider sidewalks, adding more EV charging stations, and improving bus routes.

“That’s about a quarter of the funding we need,” Storer said. “We want to make it easier for people to get to around by biking, walking and transit.”

That emergency plan also includes a congestion toll that would charge people to drive downtown. The city is still figuring out how that toll might work.

And if the extra fees encourage some people to abandon their cars entirely? So much the better, Storer said.

“EVs are good, but walking, biking and transit are better ways to get around,” Storer said. “That’s true from an environmental perspective, a health perspective and just in terms of transportation functionality.”

Tried in other cities

In Sydney, Australia and some boroughs of Montreal, residents pay less for parking permits for greener cars. Although, the difference between EVs and gas guzzlers is a lot less than what’s being proposed in Vancouver.

In Montreal’s Plateau neighbourhood, for instance, annual fees are based on the size of a car’s engine. They range from $164 a year – for EVs and gas-powered cars with a 1.6-litre or smaller engine – to $263 a year for cars with an engine bigger than 3.41 litres. So, a gas-guzzler costs about $100 more a year to park.

The plan was introduced there in 2019 to help reduce the borough’s $2-million deficit.

EMC’s Breton thinks a parking surcharge is unlikely to encourage a lot of people to switch to electric.

Right now, Quebec is the only province which charges fees for polluting vehicles. It charges an up-to-$212 fee when buying a new or used gas guzzlers and then an annual registration fee. Breton would like the province to charge a much larger fee for new vehicles and, potentially, not charge an annual fee at all.

Whatever the scheme is, there has to be an exception for people who need bigger vehicles, Breton said.

“What if you have a family of seven?” Breton said. “I think [fees] can be an important way and an effective way to get people to change habits, but until we have a bigger selection of EVs, it would not be fair to charge everyone.”

Why the type of car our leaders drive makes a difference
Subscriber content
May 5, 2021 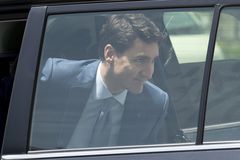 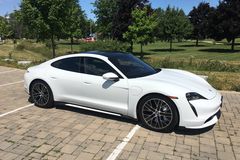 Prices can be deceiving: Five vehicles that offer the most value over time
May 21, 2021 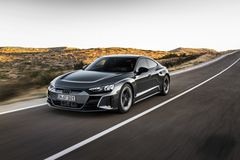