Einstein famously said that insanity is doing the same thing over and over and expecting a different result. It’s something I consider every time I use a crosswalk and watch a car blow through, almost running me over. I expect them to stop, but invariably, they don’t. Crosswalks are arguably the most dangerous places in any city.

Efforts are being made to make cities safer for pedestrians and cyclists, but they’re not working. We have Vision Zero programs in Canada, but they haven’t done much. On average, approximately 300 pedestrians were killed each year between 2013 and 2017. So far this year, 27 pedestrians have been killed in Toronto alone. Twelve have been killed in Manitoba. Perhaps those programs should be named Zero Progress.

Judging by how drivers treat crosswalks, it not hard to see why the trend is continuing. Recently, an 11-year-old student in Edmonton filmed traffic at the crosswalk she has to use to get to school. The video shows a stream of trucks and SUVs gliding through, oblivious to the children trying to cross. We’ve all seen drivers ignore the flashing lights, or pause for a moment and then plow through when the pedestrian has cleared their bumper (even though the law dictates they must stop until the pedestrian has reach the opposite curb).

Yet, despite statistics, legislation and firsthand experience, nothing changes. Drivers have places to go and people to meet.

The fact is, Canadians seem to consider such fatalities the price of doing business, an unavoidable phenomenon, like snow in winter.

And so, it’s time for us to consider allowing funeral homes to sponsor crosswalks.

The business model is already there – Adopt-a-Highway programs have been in existence in North America for over 20 years. These programs allow groups of individuals to “adopt” stretches of highway. They then care for these areas, picking up trash and performing general maintenance. We’ve already got them in provinces such as British Columbia and Manitoba.

Why not let funeral homes sponsor crosswalks in the same manner?

Funeral home-sponsored crosswalks would alert pedestrians to the reality that every time they place foot to pavement, they risk being run over by a guy in a rental cube van who’s completely unqualified to drive it or a soccer mom who’s distracted by her phone. Instead of flashing yellow lights, there could be product placement – photographs of caskets and urns, and "Cherished Farewell” floral decorations.

Imagine the benefits. When a pedestrian sees an Adopt-a-Crosswalk sponsored by, say, Boyer & Peters Funeral Homes Ltd., they’re getting a timely call to consider their own mortality before daring to stride out into a death path that’s supposedly there to make them safer. The buttons that trigger crosswalk signals could be augmented to include buttons that allow pedestrians to choose whether they wish to be buried or cremated, in the event they are run over by a distracted driver.

Perhaps municipal governments could auctino off “high-yield” crossings. If the system is successful, it could be expanded to include intersections and notoriously dangerous stretches of road. Think of the potential slogans: “Because they won’t stop, we at Boyer & Peters Funeral Homes Ltd. won’t stop looking after the needs of your bereaved family and friends.”

Perhaps the buttons could trigger the playing of various religious passages. Imagine how comforting it would be for a pedestrian entering the notorious Toronto crosswalk at the corner of Woodfield Road and Queen Street East to hear, “Yea, though I walk through the valley of the shadow of death, I will fear no evil; For You are with me; Your rod and Your staff, they comfort me.”

Funeral home-sponsored crosswalks are in keeping with the proud Canadian tradition of being unwilling to do anything, but more than happy to pretend to do something. They have everything our civil leaders love. They would be a public/private partnership.

It’s time to stop the insanity. We’ve demonstrated that we will do nothing tangible to make our streets safer for pedestrians; the very least we can do is make them more appropriate places to die. 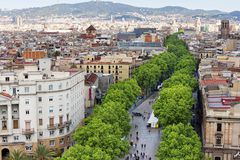 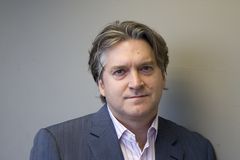 When it comes to buying a car, each driver has their own style — but first-hand experience is key
September 3, 2019