Walking through parts of L.A., you see the scooters everywhere. Sitting on the sidewalk or knocked over, blocking the sidewalk.

“I was walking to work and I almost got hit by one,” said Kristen McGregor, a former Torontonian who now lives in Culver City. “As a pedestrian, they’ve kind of taken the fun out of walking – you’re supposed to ride them in the road, and a lot of people don’t know that or feel comfortable with that, so they ride them on the sidewalks.”

Dockless electric scooters – run by companies including Bird, Lime and Spin – started popping up in 2017 on the streets of several U.S. cities.

You use an app to find the closest one, pay by the minute to take it as far as you need – at about 24 km/h – and then just leave it there. The companies typically hire people to round up the scooters at the end of the day, recharge them and put them back onto sidewalks.

The idea is that you can take them on trips that might be too far to walk – for instance, getting to and from public transit – so you don’t have to take a car.

But in L.A., there have been gripes about safety – one small study of two L.A. emergency rooms found about 250 injuries among scooter users in about a year – about scooters blocking sidewalks for people using wheelchairs or disability scooters, and reports of frustrated locals burning and burying the gizmos.

They’re part of a concept called micro-mobility – the U.S. had its first micro-mobility conference last month – and it includes not just scooters but various electric devices, including shared bicycles.

It’s already in Canada, at least in pilot form. Lime has a dockless e-bike pilot running in Calgary and a scooter pilot in Waterloo.

And the company says a number of city councils – including Victoria, Kelowna, Calgary, Edmonton, Winnipeg, and Windsor – are looking into how scooter pilots could work.

“Canadian cities are no different than cities to the south of us … all of them talk about mode-shift given the challenges around traffic congestion and greenhouse gas emission, and about getting people to lead a more active lifestyle,” said Chris Schafer, senior director of strategic development for Lime Canada. “I think the scooter, in particular, checks all those boxes for cities.”

E-scooters aren’t allowed on sidewalks or roads under provincial laws, so pilots would require provinces to make exceptions. In Ontario, e-scooters are allowed on private property, so Waterloo’s pilot is running on five kilometres of trails in the David Johnston Research and Technology Park at the University of Waterloo.

October and November, the first two months of the pilot, saw more than 6,300 unique riders take more than 18,000 trips. Users pay a dollar to unlock a scooter and then about 30 cents a minute after that.

To avoid scooters being left in the middle of paths, the city has set up parking spots along the route with 147 physical signs and encourages riders to use them. Lime staff also move scooters that have been knocked over or were left blocking paths.

“You can have all the technology in the world and remind people with apps, but a little bit of [physical] framework is helpful,” said Ryan Mounsey, the City of Waterloo’s senior economic development advisor

The scooters slow down to a walking pace, but don’t stop, when taken out of the pilot project area.

“In the very first week, the geofencing didn’t quite work, and some people took them pretty far,” said Mike Pereira, the technology park’s manager of business development. “We didn’t hear many complaints about them blocking pedestrian access.”

Another difference between Canada and California? The Waterloo pilot was shut down for the winter as there were safety concerns about snow and ice – plus the scooters’ batteries have a lower range in subzero temperatures – and will run again form April to September.

Waterloo will look at the pilot results to help determine whether the scooters could work in other parts of the city, including areas around the stations of its new LRT system, and what infrastructure changes might be needed.

If rules change to allow e-scooters, then there’s the question of whether they’ll be allowed on sidewalks, on roads or only in protected bike lanes. Wherever they’re allowed, safety is still a concern.

“Part of the pilot is figuring out the right speed,” said Mounsey, adding that he wears a helmet when he uses a scooter. “We’re putting measures in place to ensure it’s as safe as it can be, but a lot of it comes down to the user.”

Even cities that say they aren’t considering pilots yet, like Toronto and Vancouver, say they’re still paying close attention to what’s happening in other cities and waiting for data.

“We want to encourage people to get out of their cars, so we need to see what these [scooter] trips are replacing,”said Scott Edwards, manager of public bike-sharing for the City of Vancouver. “There’s very little benefit if we’re seeing that all these people used to walk and now they scooter.” 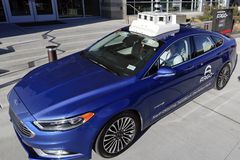 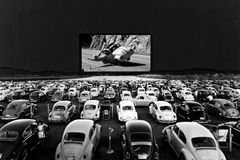