If you put all the greatest marketing minds together and told them to create the world’s most consumerist holiday they would never, not even in a millennium, come up with anything that surpasses Valentine’s Day. If buying is a result of wanting and wanting is a result of lacking, then the sterile predictability of Valentine’s Day is the pinnacle. No one is spared.

There is a cure to this tired cycle. Allow me to introduce the automobile.

Cars have always been linked to romance. In the 1920s, the hard-top roof turned automobiles into rolling bedrooms. Prior to the 1960s, bench seating meant that there was essentially a twin bed behind the steering wheel. Bucket seats messed things up for a bit. Today, cars are reviled by some. They pollute. They harm. Those who drive are evil.

But, you know what, we’re still infatuated by them, and the introduction of autonomous vehicles has drivers and passengers gazing steamily into the future. According to Cosmopolitan magazine, each month 6,600 Americans Google “How to have sex in a car.” A study commissioned by the company Pure Romance found that 20 per cent of the 2,000 surveyed admitted to making love in a car for the first time in 2019.

Cars are romantic because you are not supposed to be romantic in them. It’s wrong. Wrong. You can be arrested. Wrong. Bad. You could get caught. Parked cars have been a staple of teenaged romance. If you grew up in the suburbs or in a small-town, automobiles provided a discreet way to find some privacy. Between 1950 and 1990, “making out” was often referred to as “parking.”

Cars are not perfect places for a tryst; they are awkward, cramped and not always well ventilated. That’s what makes them so romantic. In Grade 11, I endured an entire semester of an all-male “Health” class. I remember nothing from that time, except the teacher telling us, in a very serious tone, “That if you park during the winter in order make out, be sure to clear the snow away from the tailpipe or the car might fill with carbon dioxide and you could die.”

This advice is burned into my psyche.

Ultimately, the main reason cars are romantic is that, unlike Valentine’s Day, they allow for spontaneity. You don’t plan to be romantic in a car, it just happens. It happens because you either can’t wait to get somewhere more appropriate or, because of various circumstances, you have no where appropriate to go.

Much is made regarding the best vehicles for romance. Is an expensive sports car the most attractive? A pick-up? A van? You can debate the merits of the BMW 320 Series compared with the Mercedes-Benz C300 if you wish, but it’s not the car that makes the romance, it’s the people in it and how they feel about each other.

This Valentine’s Day, you’ve got a choice. You can go to that mediocre prix fix dinner and hope for the best. You can take a romantic walk; that’s one of life’s perennial pleasures. You can stay home and hope the mood strikes. Some might choose a February bike ride. Or, you go for a drive and see where it takes you.

A charitable alternative to selling your beloved old vehicle
January 28, 2020 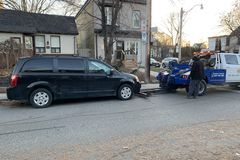 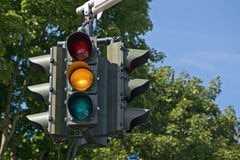