Should you give your kid a car?

That’s a question I’ve been pondering. Having spent the past nine months test driving and researching in preparation for buying a new vehicle, I’ve also been determining what to do with my old 2010 Grand Caravan. It has almost 180,000 kilometres on it and dents and scratches that testify to years of hard use.

Resale value? Well, I’ve seen standard 2010 Grand Caravans advertised for more than $10,000, but I’d be stunned to get three grand for mine. I could probably get something for it as a trade-in if I were to go for another Dodge, but I’m not interested in getting another one of those. It’s nothing personal. I’ve just done my time in a minivan.

So, I plan to give it to my oldest daughter, who is getting her licence. It seems the natural course of action. After all, I’ve been on the receiving end of a few old beaters.

My first car was a hand-me-down, a 1982 powder blue Volkswagen Rabbit given to me in 1992 by my mother. I was more than familiar with it, having driven it as a teenager. I loved driving the Rabbit – it was compact, cheap to maintain and it remains one of my favourite cars. It was the perfect car for a young, broke writer. In 1999, I inherited my late grandfather’s white Dodge Spirit. I put tens of thousands of kilometres on it researching my book A Keen Soldier: The Execution of Second World War Private Harold Pringle. It was the perfect car for a youngish, divorced author.

A 2010 Grand Caravan might be the perfect car for a young woman who loves bird-watching and studies paleontology.

Lately, however, I’ve been having second thoughts.

Is giving someone a 2010 minivan really a gift? Sure, the car is free, however there are a whole lot of not-so-hidden costs.

Compared with a 2018 or 2019 model, the 2010 Grand Caravan eats up gasoline. It requires costly repairs. Insurance is a big expense and then there’s the price of fuel. In the city, my daughter either walks or takes public transit; the Grand Caravan would be used for excursions. So, while I’d be giving my daughter a car, I’d also be giving her a lot of arguably unnecessary expenses. Would she be better off using a ride-share service such as Zipcar?

Then there’s the issue of safety. The 2010 is a solid, reliable vehicle. Grand Caravans have a good safety record. When it comes to safety technology, however, there’s a big difference between a 2010 and a 2019. The 2019 Grand Caravan can come loaded with blind-spot monitoring, Parkview rear backup camera and park-sense rear park assist. It also has electronic stability control and anti-lock brakes.

My 2010 Grand Caravan comes loaded with a weird smell that won’t go away.

Is it the make and the year that are the problem? Would it be okay if I were giving her a new car? There would be no practical reasons against it, but I’d be reluctant to do so on more ethical grounds. I’ve known my fair share of kids who got brand-new cars on their 16th birthdays. It can work out, but it can also go very wrong. A spoiled teen and a fast car can be a deadly combination.

So – should you give your kid an old beater?

It is not the simple decision I thought it would be. Having weighed the advantages and disadvantages, I’m still inclined to pass it on, but I’ll make sure my daughter knows about the hidden costs and the alternatives. A car can be a lot of fun, but it can also be a burden.

There is another alternative. A demolition derby is being held at the Uxbridge Fall Fair on Sept. 7. Apparently, minivans are welcome. We could go out with a bang. 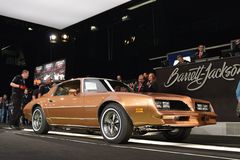 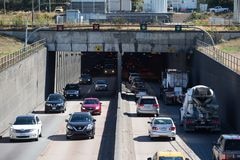 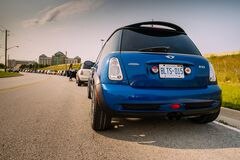