The second you sign that sales agreement on a new car, you’re starting to lose money. The question is, how much? Some cars – and segments – hold their value better than others.

Canadian Black Book (CBB) annually assesses the retained value – the percentage of the original purchase price that you’ll get when you trade a car in – of four-year-old vehicles.

“The industry average is 52 per cent – so, after four years the vehicle has retained 52 per cent of the original purchase price,” says Brian Murphy, vice-president of editorial and research at CBB. “The best segment in the market is small pickup trucks at 73 per cent and the weakest is luxury cars at 37 per cent.”

Even in those segments, brand matters. For 12 years, CBB has handed out annual awards for the cars with the best-retained value in Canada. Last year, they started also giving awards to the best brand overall.

This year, in a repeat of last year, Toyota was top brand for both cars and SUVs with – between Toyota and Lexus – 19 vehicles in the top three. Porsche won the luxury category.

“Toyotas disproportionately hold more of their value,” Murphy said. “A friend of mine has a 12-year-old Toyota Tacoma. He can probably sell it for $11,000 – if he'd bought some other truck, it would be worth a third of that.”

CBB only gave the specific retained value of two vehicles – the 2015 Jeep Wrangler (85 per cent retained value) and the 2015 Ford Mustang (64 per cent). It wouldn’t give percentages for the cars in the other categories. It also wouldn’t say which brands have the worst retained value.

The Mustang won its segment for first time after seven straight years of Dodge Challenger wins. It’s the ninth consecutive year that the Jeep Wrangler has won its segment.

“If you look at the Jeep Wrangler versus a vehicle in the lower part of same segment, after four years, you could be $14,000 ahead with the Wrangler,” Murphy said.

For the first time this year, GM took all three top spots in the full-sized crossover segment (last year, the Toyota Sequoia got second).

The Porsche Panamera won for the sixth consecutive year in the premium luxury car segment.

“They’re indicative of how the markets are changing,” Murphy said.

While the list shows four-year-old vehicles, it’s “pretty safe to extrapolate” that new cars from these brands will keep their value too – since they’re vehicles that people want, Murphy said.

“The used car market finds these vehicles attractive – they’re regarded as durable and reliable, but a lot of it is about supply and demand,” Murphy said. “If you have a manufacturer that delivers large cash incentives, then that diminishes value down the road.”

Why does it matter? If you financed a car that doesn’t keep its value, you might end up owing more than you’ll get for it when it’s time to trade it in.

According to J.D. Power, in 2019, 30 per cent of vehicle trade-ins in Canada were in negative equity, where people ended up still owing $7,051, on average, more than the trade-in value of the vehicle.

“So you go to the dealership and it’s worth $20,000 to trade in but you still owe $27,000,” Murphy said. “People think that’s just consumers making bad decisions, but not necessarily – you can finance cars for up to 96 months and you still might have negative equity up to 18 months or a year before it’s paid off.”

And, even if you think you’ll be hanging onto the car until long after you’ve paid if off, your plans might change.

“What if you buy a sports car and then in four years you become the parents of twins,” Murphy said. “If you have negative equity, you end up carrying an extra amount of debt on your next loan.” 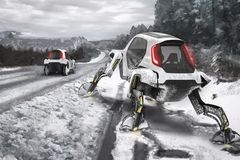 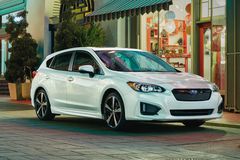