Toyota’s much-anticipated plug-in hybrid version of its popular RAV4 compact SUV goes on sale today in Canada – but only in Quebec for now.

Quebec offers a generous subsidy for buying electric vehicles, and the 302 horsepower RAV4 Prime PHEV qualifies there for an additional provincial rebate of $8,000 on top of the national rebate of $5,000 available to all Canadians. This means Quebecers will see $13,000 removed from its list price.

British Columbia also has a rebate program for electric vehicles that will provide an extra subsidy of $1,500. Toyota expects to begin selling the RAV4 Prime in B.C. before the end of the year, but only in small quantities to start and probably less than a thousand Canadian vehicles in total during 2020. No other provinces offer rebates on EVs, though the vehicle will begin to be sold in the rest of Canada by next summer.

The RAV4 Prime is not a totally electric vehicle, and it has a gasoline engine for much of its driving that can cover more than 900 km between fill-ups. However, its larger 18.1 kWh battery, which gives a totally-electric range of 60 kilometres, and its starting price below $45,000, help qualify it for the full discount available to EVs both federally and in Quebec. It qualifies for the full discount available to PHEVs in B.C.

In fact, in Quebec, the RAV4 Prime will be slightly less expensive than the equivalent RAV4 Hybrid, while offering more features and an extra 83 horsepower.

Toyota says it does not plan sales strategy around government incentives. “(They) are typically short-term in nature, they normally last less than a full product cycle, and they tend to come and go without warning,” says Stephen Beatty, Toyota Canada’s Vice-President for Corporate Affairs.

“Program criteria like price caps, or technology requirements, regularly change, so you need to make the assumption that if you’ve done the competitive product planning correctly, a whole segment of the market is going to move at the same time, keeping things in relative balance. But while that’s the only assumption you can make, it sometimes doesn’t hold true, particularly where regional incentives vary within a single national market.”

Ontario offered the most generous EV rebates in North America until 2018, when they were cancelled by the newly-elected Conservative government.

Quebec also has a punitive policy of fining automakers that do not sell enough zero-emission vehicles. It’s a complicated formula of credits, but basically, Quebec’s Bill 104 demands that a rising percentage of an automaker’s total sales in the province must be zero-emission, or electric, vehicles. For every vehicle sold below that percentage, there is a fine of $5,000. In 2020, the percentage is 9.5. Last year, it was 6.5 per cent, and next year it will be 12 per cent, rising to 22 per cent in 2025. British Columbia is considering implementing a similar policy.

(If an auto maker sells more than the required percentage – for example, Tesla, which sells 100 per cent of its vehicles as EVs – then it obtains credits that can be sold to other automakers. There are similar laws in California and 10 other states, and Tesla has earned more than US$2 billion so far by selling its credits to competitors, notably FCA and General Motors.)

Toyota’s Prius Prime is the maker’s only other plug-in hybrid, and it was also first sold in Quebec in order to avoid punitive provincial fines. Toyota says every model in its lineup will have an electrified version by 2025, and it expects 40 per cent of its Canadian sales to be electrified by then. This year, it expects 20 per cent of its sales to be electrified, but this includes conventional hybrids that still create tailpipe emissions and so do not offset Quebec’s demand for zero-emission vehicles.

The RAV4 is Toyota’s best-selling vehicle in North America, and it is the best-selling passenger vehicle in both Canada and the U.S. that is not a pickup truck. The basic RAV4 starts at $28,090 and the RAV4 Hybrid starts at $32,350.

RAV4s for North America are built in Canada at Toyota’s plants in Cambridge, Ontario, though production was ceased for almost a month in the spring due to precautions against the COVID-19 virus. Toyota says it is struggling to meet demand, building additional vehicles at its Kentucky plant and importing others from Japan. The RAV4 Prime is built in Japan, where it’s already on sale.

“The reality is, the world is changing very rapidly. The types of products that are in demand are changing quite dramatically,” says Beatty.

“As you can imagine, with governments intervening in markets all around the world, planning correctly for that is a very difficult task. We are committed to making sure that electrification spreads across our lineup, and that it happens very quickly. The Prius Prime has been an enormous success story here in Canada and we hope to follow that same path with the RAV4 Prime.”

Car Review
The Toyota Prius Prime is a pleasant sedan to drive
August 12, 2020 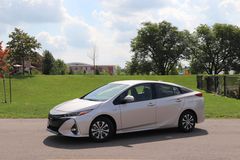 The way courts deal with habitual drunk drivers is flawed. Why can’t we do something about it?
August 7, 2020 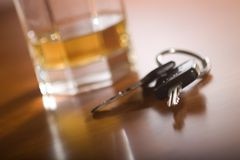 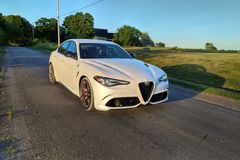