Driving instructors themselves will say “turn into the skid” is a phrase that usually only makes sense to them.

“I’ve been teaching skid control for years and years, and 50 per cent of people naturally turn the wheel into the wrong direction because it’s confusing,” says Danny Kok, who runs the AMG Driving Academy, which offers a three-day winter driving class on Lake Winnipeg.

“Instead of saying ‘turn into the skid,’ we say ‘look and steer where you want to go’ – it’s the same thing.”

Your car can start to skid out of control if you’re going too fast on slippery roads, if you turn the wheel too sharply, if you brake or accelerate too quickly, or even if you get hit by a gust of wind.

The tires stop sticking to the road and the car starts to slide in a different direction from where you want it to go.

“If the back end slides to the left, you should steer to the left to catch the slide,” says Carl Nadeau, a race-car driver and Michelin driving expert.

That assumes you can figure out which direction your back wheels are sliding. Plus, this all has to happen fast and there’s no time to figure out a strategy.

That’s why some driving instructors – and most provincial driving manuals – now just say to look and steer where you want to go.

Instead of cranking the steering wheel, you should be making small adjustments in one direction, and then the other, until you end up back in the right direction.

If your car has electronic stability control (ESC), it will help get your car back on track in a skid. But the car needs to know which way you want to go, and the only way to do that is by turning the steering wheel a little in that direction. But not too much.

“If you dial the steering all the way to the right, the computer assumes that’s where you want to go,” Kok says. “Do as little movements as you can – and ease off the gas if you can.”

That advice – look and gently steer where you want to go – applies to all-wheel drive, front-wheel drive and rear-wheel drive vehicles. It also applies to every kind of skid, even though, in theory, a driver should respond differently depending on which wheels are skidding.

“Understeer is a front-wheel skid and oversteer is a rear-wheel skid,” Kok says. “A skid is a loss of traction, so to regain traction in front you need to slow down.”

About 90 per cent of all skids are understeer (front-wheel) skids, Kok says.

Technically, a little acceleration could help you regain rear traction in an oversteer (rear-wheel) skid because it would push the rear of the car down onto the road, but Kok doesn’t recommend it.

“You got into the skid because you were going too fast for the conditions,” he says. “Even though adding a little throttle is the right thing to do and we would do that on a race track, on a real road, taking speed out of the equation is always a good idea.”

The advice is simple because many of us get overwhelmed when our cars lose control.

“People either overcorrect or they do absolutely nothing,” Kok says. “I’ve been in vehicles where people just let go on the steering wheel – you can’t let go.” 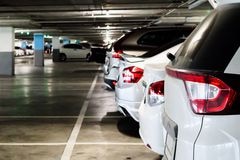 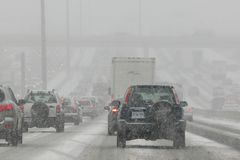