If you’ve managed to leave your house lately, you’ve probably seen some of them, perhaps cruising down the road or a sidewalk, or weaving through traffic. Depending on where you live, the use of certain micromobility vehicles – a broad category which includes the various e-things listed above – may be illegal, but that doesn’t seem to stop people from using them. The cat’s out of the bag.

Clearly, people are desperate for fast, clean, low-cost alternatives to automobiles and transit, especially in cities. Traffic is terrible, the climate is warming, and electric micromobility vehicles offer some small hope. They’re well suited to travelling within cities, can be easily parked and could replace some trips by car or ridesharing. Amid the pandemic, they also allow people to avoid crowded buses and subway cars.

In this context, Transport Canada’s decision to repeal its definition of “power-assisted bicycle” (PAB), as of Feb. 4 of this year, seems like a missed opportunity. Instead of creating a few nationally standardized categories and basic safety standards for micromobility vehicles, as the European Union has done, the federal government is leaving it up to the provinces and territories.

The PAB definition was created in 2001 to exclude e-bikes from Transport Canada’s Motor Vehicle Safety Regulations (MVSR), a department spokesperson wrote in an e-mail. The repeal effectively broadens the range of vehicles not covered by the regulations to encompass e-bikes and other micromobility devices with a top speed of less than 32 km/h.

Following the repeal, it will be up to provinces and territories to define the multitude of new micromobility vehicles and then regulate them and their users. That could get messy, and the segment is already messy enough.

There isn’t just one type of e-bike. (That would be too easy.) Some e-bikes look like bicycles, others look like motorcycles or Vespa scooters, some have throttles, while others require pedalling to engage the motor. There are heavy electric cargo bikes with two, three or four wheels. And that doesnʼt even include the different types of electric skateboards, kick-scooters and one-wheeled hoverboards yet.

We don’t even a shared vocabulary for such modes of transportation, let alone a universal classification system. Admittedly, it’s hard to categorize these vehicles, given how rapid their evolution is, but before you can impose basic safety standards, rider requirments and say which of them are allowed where, you’ve got to first define them. “Youʼll know it when you see it,” won’t cut it. The European Union has well-defined categories. In the United States, some states are voluntarily signing onto a three-tier e-bike classification system. Ontario is already working on its own classifications.

Consider the big picture for a moment. E-bikes, and micromobility options in general, have the potential to make life better, not only because they’re fun to ride but because they could reduce traffic congestion and climate-change-causing emissions. Micromobility vehicles could even make roads safer, according to a 2020 report from the Organization for Economic Co-operation and Development (OECD).

Mark Stout, a senior analyst with the Pembina Institute, a clean-energy think tank based in Calgary, said that if people were to walk, take transit or use a micromobility option for some trips they typically make in their gas-powered car, they could significantly reduce their personal contributions to climate change.

Electric cargo bikes, such as the ones FedEx are using as part of a pilot project in Toronto, could help solve the last-mile delivery problem. “We are expecting, and this comes from the federal government, the emissions of goods movement to surpass those of people movement in about the year 2030,” Stout said.

In an open letter to Prime Minister Justin Trudeau, Vélo Canada Bikes, a national cycling advocacy group, warned that “shifting the responsibility for micromobility device safety to each province and territory will lead to red tape and competing sets of rules across the country.” That will only create confusion, slow adoption and reduce the choices available to Canadians, it warned.

“We’re going to see more of what weʼve already seen, which is a proliferation of unregulated micromobility devices that are causing trouble for consumers, that are causing headaches for cities and municipalities across the country,” said Darnel Harris, an urban planner specializing in sustainable mobility and executive director of the Our Greenway, a non-profit group that aims to create a cycling network across northwest Toronto.

Nobody wants to see a tangled web of conflicting standards and regulations across Canada. What works in downtown Montreal may not work in rural Manitoba, but with a national classification system, local jurisdictions can more easily pick and choose what works for them. If we’re going to take advantage of micromobility’s potential to help solve our transportation woes, then we need government to take the lead.

It’s past time for policy-makers to step up and sort out this micromobility mess so we can all get where we need to go more safely and efficiently. 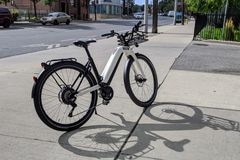 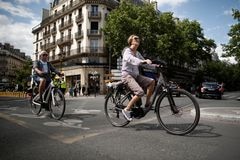 A Chevy Bolt and Norco’s top-end electric-assist bike: A match made in modern mobility heaven
August 17, 2020 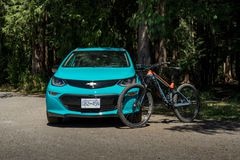