My mother-in-law can be very disparaging about some of the press-fleet vehicles I drive. She’s in her 80s and no longer maintains her driver’s licence, but this doesn’t prevent her from having an opinion.

“What on earth is this monstrosity?” she asked the other morning, when I turned up to take her to an appointment with her doctor.

“It’s a Cadillac Escalade,” I said.

“What kind of person would want to be seen in something like this?” she asked.

“Well, anybody who wants to be comfortable and who likes driving a large vehicle,” I told her. “And somebody who can afford $125,000 for this Platinum edition.”

“Why do they want to drive a large vehicle?” she asked, probably just because she was feeling grouchy. “That’s only a waste of fuel, surely.”

I have a friend in his 70s who sold his sedan and bought a Ford F-150 pickup truck. He never hauls anything except for his wife and the weekly groceries, but he likes the sheer size of the vehicle. He says it makes him feel safer on the road. I told my mother-in-law about him. I also told her that the Escalade uses less fuel than my V6-powered 2009 Toyota RAV4, though it does insist on expensive Premium gas.

Take the tiny Smart car, for example, which cossets its driver and passenger in a high-strength protective “Tridion” cage. A few years ago, Smart’s marketing department demonstrated its sturdiness in a TV ad that parked a three-tonne Ford Expedition SUV on top of a Smart car, which remained unbowed.

If a heavy truck crashes into a Smart car, the much lighter vehicle will probably go flying, but its shaken-up passengers will be protected in the same way a race-car driver is protected by the car’s roll cage.

Improved structural design and the increased strength of steel and other structural materials mean that sheer physical size is less important than it used to be. For proof, take a look at some crash-test videos of poorly designed, similar sized Chinese cars compared to our North American vehicles, and at crash-test videos of vintage cars crumpling into their modern equivalents.

However, the overall weight of the vehicle does make a difference. “A bigger, heavier vehicle provides better crash protection than a smaller, lighter one, assuming no other differences,” states the U.S. Insurance Institute for Highway Safety (IIHS). “The bigger vehicle will push the lighter one backward during the impact. That puts less force on the people inside the heavier vehicle and more on the people in the lighter vehicle.”

For this reason, the IIHS says that teenagers, new to driving, are often safer in an older and larger used vehicle than in a newer, smaller vehicle that costs the same. They proved it by crashing a 2016 Kia Sorento into a smaller 2018 Kia Forte, and a 2015 Toyota Avalon into a 2018 Toyota Yaris. All have excellent safety ratings, but the crash-test dummies in the heavier cars fared better than those in the lighter vehicles.

“Bigger vehicles provide greater protection,” said Jessica Cicchino, the IIHS vice-president of research. “If you’re riding in one of the smallest vehicles on the road, you’ll be at a disadvantage in a crash with almost any other vehicle around you.”

Electric cars may help to even out the stakes as their heavy batteries account for much of the weight of the vehicle. In the near future, a smaller electric car with a large battery may be much closer in weight to a large car or truck with a similar battery.

It’s better than it used to be, though. Older SUVs and pickup trucks had higher bumpers that would make them drive up and over smaller cars during a collision, but in the past decade, designers have better aligned the energy-absorbing areas of trucks and cars to make them more compatible in a collision. From 2009 to 2012, the IIHS says car occupants were 59-per-cent more likely to die in a collision with an SUV than with another car, but by 2013 to 2016, that was reduced to 28-per-cent more likely.

Pickup trucks, however, are more dangerous to others during a collision. In the 2013 to 2016 period, a crash between a pickup and a car was more than twice as likely to kill the car driver than a crash between two cars.

All of this helps my friend feel safer in his Ford F-150 and my mother-in-law feel more vulnerable in the old Honda Civic she gave to my wife. So she was happy to drive in the big Cadillac that morning.

“It really is very comfortable, I must admit,” she said. After all, there was plenty of room to stretch her legs and nestle into the soft, warm leather of the wide seat. When I returned her to her seniors’ residence, she almost hopped out.

“If you’re wondering what to buy me for next Christmas,” she said, “I’ll take one of these. That’s really comfortable, and I felt safe as houses, too.”

But the fuel consumption? The waste of weight? The excess of a vehicle that costs five times as much as a new Civic? 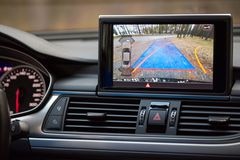 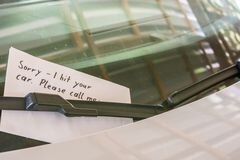 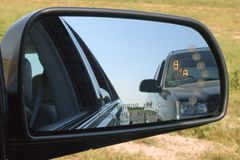