Having recently inked a deal on a new ride, I’ve been reminded that a lot goes into buying a car. There’s an administration fee, a tire-recycling fee, an air-conditioning excise tax, freight, HST, PST – the list of “additionals” is long. There was one question, however, that caught me a little off-guard. I opted to get new licence plates. To me, bringing the old plates to the new car sets a bad vibe. A new car is a fresh start – no need to tag it with old baggage.

The salesman asked me, “Do you want personalized plates?”

“No,” I replied, with an obnoxious snort. The notion had never occurred to me. Never.

It got me thinking. Was I prejudiced against vanity plates? Was I a snob? What was my problem? What did I have against personalized licence plates?

Why am I in the latter camp? To me, personalized licence plates are needy. They are a plaintive cry for attention. I feel uneasy when I see one. It’s like seeing an old guy riding a skateboard; there’s something sad and desperate about it.

This may be because there is a limit on the number of letters one can use (in Ontario it’s no more than eight). Consequently, vanity plates take on weird misspellings such as YIMBROKE. There’s already enough poor spelling in our society. We don’t need four-wheeled examples of it rolling up and down our streets.

Some personalized plates are redundant. Someone who owns a Corvette will have VETTE, while someone who owns a Jaguar will have something like MY JAG. Again, this brazen lack of imagination is a strange thing to parade up and down the roadways.

I must admit the fundamental reason I’m not a fan of personalized plates is that they smack of self-satisfied bragging. It’s about calling attention and, in some cases, being shocking. Each year, many personalized licence plates are refused. Last year in Nova Scotia, for instance, Global News reported that the following plates were among 107 disallowed: WARPIG, SWATT, SMRTASS, SHOTGUN, EVILONE, DAWIFE and BLAZIN.

When a driver simply wants to have the plates reflect his surname, he can still get in trouble. In February 2019, Saskatchewan resident David Assman (pronounced Oss-man) had his request for the plates ASSMAN denied. To me, that’s a travesty. It’s his last name, and there’s also nothing derogatory about being an “assman” and paying tribute to “Fusilli Jerry,” one of the greatest Seinfeld episodes in which Kramer is mistakenly given the ASSMAN licence plate at the DMV.

Ultimately, personalized plates are like giving yourself a nickname. It just doesn’t work.

By the same token, I think we could improve the quality of personalized licence plates if we didn’t allow people to choose their own. It would be much better to have drivers apply to have a personalized plate. Then their family and friends would be tasked with coming up with the moniker. So, instead of a guy being able to buy the plate COOL1, his family and friends would examine his character and agree on a personalized plate that is more truthful, such as COMPN-S8TNG.

Of course, my distaste for vanity plates says more about me than those I’m criticizing. What’s wrong with people having a little fun and being extroverted? Why am I so bitter that this annoys me? Perhaps I’ll never get personalized plates because I can’t bring myself to go to the Service Ontario and shell out $310 to get YNER. 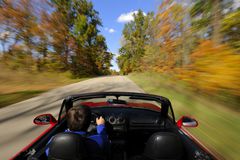 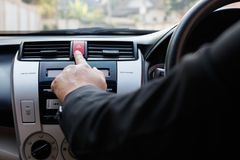