You recently wrote a story about sales tax on used vehicles. What possible justification could there be for double-taxing a product? The original owner has already paid sales tax on the full purchase price. – Bill

In every province except Alberta, you have to pay provincial sales tax when you buy a used car.

Depending on the province, that means you'll pay as much as 15 per cent in provincial tax on a private sale – and that's way too taxing, experts say.

"Consumers sell vehicles at a loss," said George Iny, president of the Automobile Protection Association (APA), in an e-mail. "Private sales for which no profit is made should incur no sales tax in a GST or HST system."

Since taxes are complicated, here's a quick Sales Tax 101.

When you buy a used car through a dealer, you have to pay both the 5-per-cent federal sales tax (GST) and the provincial sales tax, the same way you would if you bought a new car.

In Ontario, for instance, you’d pay the 13-per-cent HST – the combined 5 per cent GST and 8 per cent PST.

However, Ottawa doesn’t actually charge GST on private car sales, so you could be forgiven for assuming that you would pay less if you bought from somebody off of an online marketplace such as Kijiji.

That's only true in four provinces. You'd pay just the 9.975 per cent provincial sales tax in Quebec, 7 per cent in Manitoba, 6 per cent on sales over $5,000 in Saskatchewan and nothing at all in Alberta.

Other provinces charge a special, higher provincial sales tax on private car sales. It adds 5 per cent to the usual sales tax, but it all goes to the province.

So, on a private sale, you would pay 12 per cent PST in BC, 13 per cent RST (Retail Sales Tax) in Ontario and 15 per cent in the Atlantic provinces.

Generally, you’re paying tax on whichever is more – the sale price or the wholesale value of the car.

Since you pay the tax when you register the vehicle, you can't avoid it by buying a car in another province.

So why's the tax higher for private sales in some provinces?

"The [used car] dealers lobbied to have the consumer tax increased and to apply book values to consumer vehicle sales," the APA's Iny says. "[That] makes it more attractive to trade in your vehicle to a dealer rather than sell it for more privately."

In some provinces, dealers also get tax credits. That means they may end up paying taxes on just the profit on the sale, Iny says.

Iny says dealers argue that a higher tax has another benefit – it discourages unlicensed used-car dealerships from posing as private sellers.

But since there are already laws against that, an extra tax is overkill, says the Canadian Taxpayers Federation (CTF).

“Used-car dealerships just don’t want to be at a tax disadvantage,” says Aaron Wudrick, CTF federal director. “They say it would make them uncompetitive – but if it’s just grandma selling her used car, then they overstate their case.”

Since other private sales of goods aren't taxed, there shouldn't be a provincial sales tax at all on private vehicle sales, Wudrick says.

“You don’t have to push governments too hard to add taxes if there’s a chance for more revenue,” Wudrick says. “I just think we need to be careful around treating a one-off sale as if it were a commercial sale – that makes life more expensive.” 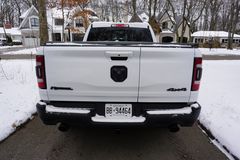 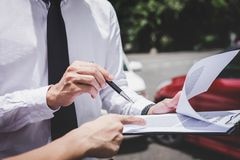