Twenty-plus years ago, auto technicians here in Ontario would often joke around about vehicles that had just travelled through the Ottawa Time Tunnel.

These were vehicles that were plated in Ontario, but were originally sold, registered and spent a decent part of their life in Quebec. These out-of-province vehicles were imported into Ontario and sold to unsuspecting motorists. I say unsuspecting, because they required more service and repairs than their similar mileage, native-to-Ontario brethren.

At the time, the Ministry of Transportation in Ontario and the Ministère des Transports du Québec records were not digitally connected. Vehicles that were imported into Ontario were registered with the mileage that was on the odometer at the time they crossed the border.

The new unsuspecting owner in Ontario would buy an odometer-rollback car without any trace of paperwork suggesting otherwise. I’m also certain that auto technicians in Quebec had some sort of similar joke, as I believe they were dealing with the same practice, but in reverse.

Have things changed since then? Well, technology marches on and current models have digital odometers that are much harder to tamper with. It’s still done, but at a much less frequent rate. Fortunately, information sharing and decent record-keeping across provincial borders now proves reasonably successful at thwarting most odometer tampering.

So what does this have to do with cars today, you may ask? Auto manufacturers are still struggling to fulfill back orders due to the recent semiconductor shortages. Accordingly, used car prices are still obnoxiously high. Despite this pricing, there has been a noticeable uptick in the number of used car pre-purchase inspections that I have been performing as of late.

With these sky-high prices, the amount of car that one gets for their dollar has decreased. Buyers are looking at older and higher-mileage vehicles. Out of the last dozen pre-purchase inspections that I have completed, half of them were out-of-province vehicles, specifically from Quebec. While the mileage looked accurate on the six vehicles, five of them had undisclosed accident damage. Particularly, the potential new owners brought in vehicles to be inspected, with documentation showing that they were accident free when they weren’t.

This is nothing new, as there are plenty of accident repairs that are paid for in cash and are not recorded in any insurance database. Sadly, it does seem to me like there is an increased chance of getting a vehicle with an undisclosed-accident repair when it originates from out of province.

This is not a Quebec versus Ontario exclusive situation, as all provinces see imported vehicles. Unfortunately, insurance company accident-record information is still hit or miss when shared interprovincially. Just like a vehicle’s mileage was modified as it went though the time tunnel years ago, it is my belief that we are seeing elevated cross-border vehicle shuffles as a way of washing their history.

If you are looking at purchasing an out-of-province vehicle, you need to be extra careful. I strongly suggest a pre-purchase inspection by a qualified facility, including a thorough examination for any undisclosed collision repairs.

Purchasing a used vehicle that has been accident repaired is acceptable, assuming that it has been decently repaired, is fairly represented, and sold at a reduced market price. Paying a premium for a used vehicle that you believe is accident-free, only to find out later that it is not, is disappointing to say the least.

My 2012 Hyundai Elantra (with only 57,300 km on odometer) wouldn’t start. I suspected it needed a new battery, which was the original. Jump started it and drove to dealer. Adviser recommended additional test to determine if problem was battery or something else like alternator. I authorized battery change if needed and this test for a total of $218 + $67.50 installation +$67.50 for test, plus a regular oil change. The adviser called a few hours later to confirm new battery was needed and recommended three additional items: belt replacement, fuel/air induction system cleanup and tune-up. Total additional cost: $700.

I am 79 years old with little knowledge of auto workings. I asked if any of these could be postponed and adviser mentioned the tune-up, so I authorized the other two. Later, after reading some articles on the internet, I had second thoughts. These articles said belts usually last until 90-100,000 miles; and induction service cleanup usually is a money-making scam. Aside from failure to start, my car did not experience any of the symptoms calling for this service – poor idling or acceleration, poor gas mileage, etc. Was I ripped off? I value your advice. Thank you. – Warren B.

I’m going to assume that other than routine oil changes, no major servicing has been completed in the past due to your low kilometre reading. This creates a situation where your vehicle’s servicing requirements don’t fit within traditional maintenance guidelines.

Your dealer service adviser needs to advise you based on years expired, before kilometres driven. Performing traditional servicing according to mileage only will result in services that may never get done.

I am not a fan of fuel/induction services as I believe they are essentially useless; designed to pad the dealer repair bill. But every dealer still sells them and will continue to do so despite my objections.

Without seeing the belt, I can’t say for sure, but the serpentine belt may have legitimately required replacement due to the composite belt drying and/or cracking.

A tune up in a contemporary car is not the same as older pre-fuel injection vehicles. The spark plugs are typically changed according to mileage only, so yes, this one can be delayed.

So, did you get ripped off? Who knows? Dealership service and repair is well known for aggressive sales tactics, hence the heavy battery replacement costs.

Not having a lot of automotive knowledge means you must put your trust in someone. If you can’t find confidence in another service adviser at your dealership, then perhaps it’s time to look for another service facility.

I read your article on refuelling issues. My tank was at 1/4 when I started to refuel and was able to pump less than three litres of fuel before the tank started to spill over. Toyota believes that my issue relates to the door latch, so they installed a plastic guard at the switch, which is not, in my opinion, the cause. The tank continues to spill fuel, it has done so four times so far; it does this intermittently (not repeatable on demand/test). I think the issue is with the “venting” canister. Any advice? Thank you in advance. – Elias P.

I am aware that some Toyota models had a product update that consists of a shield being installed in the tank’s filler neck area to prevent spill over. Unfortunately, you haven’t provided any model details, so I cannot provide any assistance helping identify what service the dealer just completed for you.

What I can tell you is that when you’re fuelling up at a gas station and the pump kicks off repeatedly, it’s a sign that you are indeed experiencing a fuel venting issue. Specifically, fuel entering the tank naturally displaces air and it must go somewhere. Its normal exit path has somehow become restricted, and it is now travelling back up the fuel tank filler neck. When this happens, the fuel fill pump’s anti-spill back safety feature will engage, causing the pump to continually click off.

You will have to take your car in for service and have it inspected for blockages or defects in the Evaporative Emission control System (EVAP). It might be as simple as a plugged tube, but the more common repair is an EVAP valve or solenoid that has failed and must be replaced.

What’s to be done about the skilled trade shortage in in auto repair industry?
Subscriber content
September 4, 2021 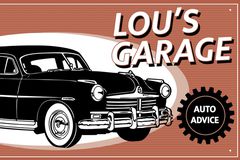 Should you hire an auto broker for your next vehicle purchase?
Subscriber content
August 28, 2021

The lou-down on run-flat tires and why they’re not as easy to repair once punctured
Subscriber content
August 21, 2021