As of Jan. 31, just nine months after Ottawa launched a three-year $300-million incentive program last May, nearly 36,000 Canadians had received $154-million in rebates.

At that rate, the program will be out of cash by later this year and Transport Minister Marc Garneau is considering adding more money, according to Transport Canada.

The federal incentive offers up to $5,000 on the price of a new electric vehicle (EV) or plug-in hybrid (PHEV).

Without that incentive – and similar incentives of up to $3,000 in British Columbia and up to $8,000 in Quebec – would Canadians still be buying EVs? Probably not, experts say.

“Any jurisdiction that had cut out incentives has seen the sales of EVs collapse,” says car industry analyst Dennis DesRosiers, president of DesRosiers Automotive Consultants. “In Ontario, EV sales went down by around 50 per cent when they pulled incentives.”

EV sales are the highest in the two provinces with provincial incentives. In Quebec, EVs count for 3.9 per cent of the market. In B.C., it’s 5.9 per cent.

“Ontario was 0.8 per cent,” DesRosiers says. “And in all the seven other provinces together, EVs were a total of 0.1 per cent of the market share.”

Why are incentives essential? Before incentives, EVs are typically at least $10,000 more expensive than comparable gas-powered cars.

That price difference is unlikely to change anytime soon. That’s because it costs companies $2-billion to $3-billion to launch an EV, DesRosiers says.

“If you follow the year-end results out of the auto sector, virtually every one is dismal,” DesRosiers says. “GM and Ford say profits are in the toilet because of the money they’re spending developing electric vehicles.”

The Canadian Vehicle Manufacturers’ Association says that automakers are taking a loss on EVs of more than $10,000 a car.

“All roads lead to electric,” DesRosiers says. “But nobody has figured out how to make money off them.”

That cost is partly because companies are making relatively few EVs, compared with gas vehicles. If they could ramp up scale and make more, each individual car would cost less to make.

“It’s a chicken and egg situation – prices aren’t going to come down until there’s more adoption and there’s not a lot of adoption because there are not a lot of EVs out there,” says Robert Karwel, senior manager of automotive practice in Canada for J.D. Power.

Since consumers are spending more than ever on new cars – the average new car transaction in Canada is now $35,000 – average buyers don’t have room to spend an extra $5,000 or $10,000 on a car without incentives.

“Do incentives have to be there to push sales? Absolutely,” Karwel says. “People are just getting more and more strapped.”

But it’s not just the cost that spooks consumers from buying EVs. Even if they were priced closer to gas-powered cars, consumers – other than luxury buyers and early adopters – probably wouldn’t buy without incentives, DesRosiers says.

“Although a lot of these vehicles are pretty good, there are a lot of compromises – it’s not just range, it could be less trunk space, it could be another performance metric,” DesRosiers says. “It’s hard to get consumers in a vehicle unless you subsidize it.”

“Tesla doesn’t have a dealer network, just getting used to that is inconvenient for people,” says John Pliniussen, an adjunct associate professor of marketing at Queen’s University.

“That won’t happen unless the government does what Britain just announced and what Norway announced years ago – that they are banning fossil fuel cars,“ Pliniussen says. “Once that deadline is set, it provides a psychological incentive to consumers to consider an EV.”

Cara Clairman, founder and chief executive officer of Plug’n Drive, which recently launched a privately-funded $1,000 incentive for buying a used EV or PHEV, doesn’t think incentives will be necessary forever.

“If you believe there’s a climate emergency, you don’t want to wait for the market to take its own course – so incentives help speed things up,” Clairman says. “But ultimately you’ll see prices drop over time.”

Clairman also rejects the idea that EVs are less convenient than gas cars for most owners.

“Once you’ve driven one, you realize they’re more convenient – you have to go to the gas station, you just plug it in at home,” Clairman says. “Governments could help [that] with supportive policies like making sure that building codes are encouraging roughing in for charging stations.”

Car Review
The first electric Mini is a joy to drive, but its one big compromise means it won’t compete with Tesla
January 28, 2020 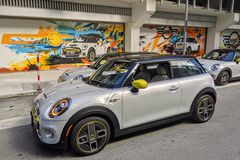 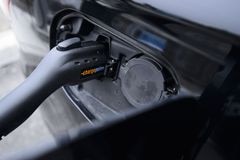 Seven lessons learned from the first wave of electric vehicles on the market
November 27, 2019 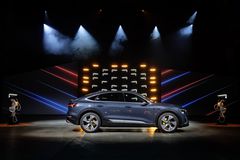